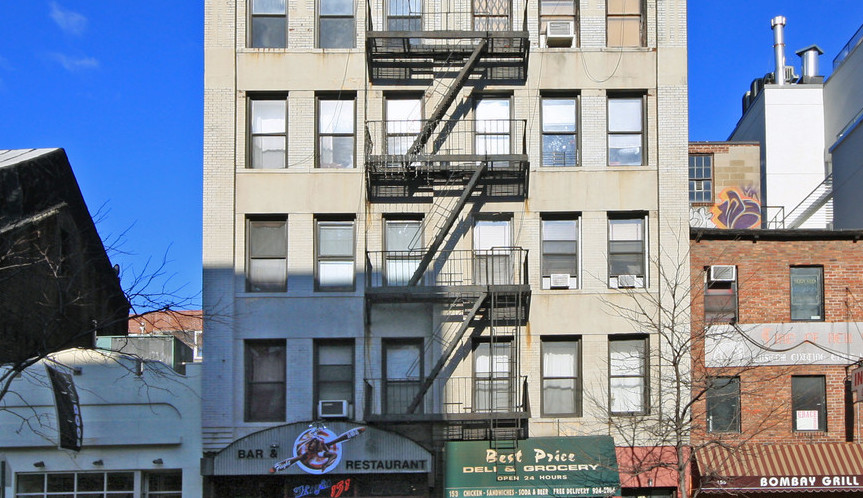 Eastern Consolidated is marketing the Ko-Rec-Type Williamsburg Portfolio, that includes seven contiguous properties with conversion and redevelopment potential comprising 1.66 acres on almost an entire city block.
The properties are located between Kent and Wythe Avenues, and North 9th and North 10th Streets in Williamsburg, Brooklyn. They overlook the East River and Bushwick Inlet Park with panoramic views of Manhattan.The Ko-Rec-Type Portfolio also includes a separate (eighth) redevelopment property, partially zoned residential, at 96 North 10th Street across Wythe Avenue.
The Williamsburg manufacturer was best known for its patented Ko Rec Type typewriter correction tabs — a ubiquitous staple in homes and offices for decades. The company was led by Rob Barouh, whose late uncle, Victor Barouh, invented Ko-Rec-Type’s products.“Ko-Rec-Type was a manufacturing giant and, in its heyday, was the second largest private employer in North Brooklyn,” Barouh said. “We’ve been here for more than half a century. Now, working with the team at Eastern Consolidated, Ko-Rec-Type is offering its entire portfolio to a new generation to utilize its spectacular space to complement the myriad residential, hotel, office, retail, parkland and river developments surrounding it in Williamsburg.”
Eastern Consolidated chairman Peter Hauspurg is leading a sales team that includes Andrew Sasson, Chad Sinsheimer and Gary Meese.
Said Hauspurg, “The Ko-Rec-Type Portfolio at over 2 acres is the crown jewel of Williamsburg, and one of the last significant development sites in the area. It offers an extremely rare opportunity to control nearly an entire block in one of the finest areas along the waterfront in North Brooklyn.
“For a developer or owner-user, Ko-Rec-Type’s assemblage represents a blank canvas.”

Cushman & Wakefield has been retained on an exclusive basis to arrange for the sale of Bathhouse Studios, a one-of-a-kind studio and event space topped by a residence at 538 East 11th Street, between Avenue A and Avenue B.
Bob Knakal, Jonathan Hageman, Michael DeCheser, Darragh Clarke, Brandon Polakoff and Carly Weinreb are exclusively marketing the property. The asking price is $19.95 million.
“It is rare that an asset like this comes along, especially with the history and cachet this one has. For the right buyer, this is an incredible opportunity,” said Knakal.
Built between 1904 and 1905, the former New York public bathhouse was converted into a high-end studio in 1995 by Pulitzer Prize winning photographer Eddie Adams.  Designed by architect Gene Kaufman, the studio was used to house Adams’ work for Parade Magazine and Associated Press.
The ground floor features 20 ft. ceilings, oak floors, exposed brick, antique frosted windows, blue glass tile and glass block skylights with electric black screen shades. There is an 11 ft. high English basement, consisting of marble tile and cement floors along with antique glass-framed doors. 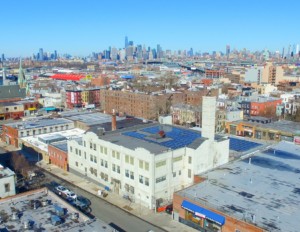 TerraCRG has been retained to represent ownership in the ground lease or sale of 225 25th Street, a 52,250 s/f block-through property in the Greenwood Heights neighborhood of Brooklyn.
Ofer Cohen, Dan Marks and Mike Hernandez, along with their sales team, are marketing the property.
Situated between Fourth and Fifth Avenues, the M1-1D zoned, property has frontage on both 25th and 24th Streets and is situated outside the Industrial Business Zone (IBZ). The 145 by 200 ft. lot is improved by a three-story industrial building, with an additional 6,200 s/f useable basement.
According to the brokers, the property can be re-developed as a multi-story industrial asset, office, school and or storage facility.
The site is near Industry City in Sunset Park, one of the largest office developments in the borough and one of the fastest growing commercial neighborhoods in New York City, with over 20,000 people currently employed in the manufacturing and industrial sectors.
Five blocks away from the property is Liberty View Industrial Plaza on 30th Street, a first-of-its-kind indoor retail experience 160,000 s/f that has already attracted Bed Bath & Beyond, Buy Buy Baby, and Saks Off Fifth. 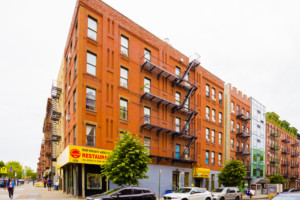 Rosewood Realty Group announced the $97 million sale of a three-building multifamily portfolio in Manhattan Valley.
The buildings consist of three adjacent six-story elevator apartment properties at 210, 220 and 230 West 107th Street with a total of 180 apartments, spanning 153,786 s/f.
Located near Columbia University, the three were built in 1925 and sold for 15.15 times the current rent roll, at a 4.66 percent cap rate.
Rosewood ‘s Aaron Jungreis represented both sides in the deal: the buyer, Isaac Kassirer, a Brooklyn investor and the seller, the Orbach Group, which acquired the three buildings for $70 million in 2013.
Kassirer, a rising multifamily player in Brooklyn, is buying 21 Harlem buildings, selling 15 in the Bronx and just closed on the purchase of 838 West End Avenue.

Long-time Bronx owners have sold a 72-unit apartment building they bought for $700,000 in 1992 to $11 million.
Besen & Associates announced that Jonathan Shainberg, Shallini Mehra and Amit Doshi of Besen & Associates brokered the sale of 1422 Nelson Avenue located in the Highbridge section of the Bronx.
Apartments in the 70,500 s/f, six-story elevator building average 1,000 s/f each. The sale price equates to $152,777 per unit, $156 per square foot and a 4.2 percent capitalization rate.
“The property operates under a regulatory agreement, governed by the LIHTC (Low-Income Housing Tax Credit) program. It uniquely benefits from a J51-tax exemption that lasts through June 2031, giving the buyer a tax incentive of $600,000 until expiration,” explained Shainberg.
According to Mehra, the building was sold to “an experienced operator with an already established Bronx portfolio.” 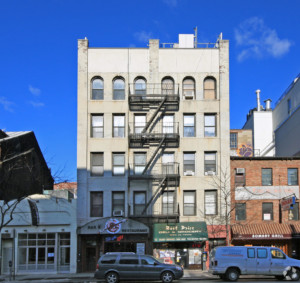 Cushman & Wakefield arranged the sale of 151 Eighth Avenue, a five-story mixed-use building in Chelsea for $18.35 million.
The buyer was a partnership between Stone Street Properties and Greenwich Village Capital.
“With tech firms’ ever-expanding presence in Chelsea, the neighborhood – and 151 Eighth Avenue in particular – is positioned to see an increased demand for residences and services,” said Cushman & Wakefield’s Brock Emmetsberger, who represented the seller with Billy Simons and Rachel Aschendorf. “We expect property values in the surrounding area to remain strong.”
The 15,260 s/f mixed-use apartment building contains 16 apartments, two retail units and one cell tower. Of the 16 apartments, 11 are free market, four are rent stabilized and one is rent controlled.

Cushman & Wakefield arranged the sale of 410 West End Avenue, a seven-story, elevator, Beaux-Arts-style Upper West Side apartment building, for $18.3 million.
Hall Oster represented the seller along with Mitchell Levine and Teddy Galligan,. The property had been owned by the same partnership for multiple generations.
The 42 ft. wide, 20,272 s/f building has 42 apartments; 10 are free market, three are rent controlled, 24 are rent stabilized, four are vacant and one is occupied by a part time super. The units are configured into 28 one-bedrooms and 14 studios and there are 25,415 s/f of excess air-rights.