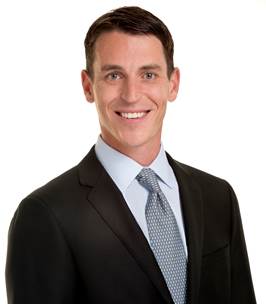 In the past few months,  Fava has cemented his relationship with the Eklund-Gomes Team by together closing on deals in excess of $30 million, including the penthouse at 20 Greene Street for $14.5 million, a combination deal at 11 North Moore for $13 million where the Eklund-Gomes Team represented the seller and  Fava represented the buyers, in addition to another deal at 11 North Moore for $4.3 million.

“We love Scott,” said Fredrik Eklund, a top-grossing broker at Douglas Elliman. “We have worked very closely with him on several deals and successfully closed various major transactions together. He truly is one of the best and a perfect fit for our team and for the company.”

“Fredrik, John and the rest of the Eklund-Gomes Team set a high bar for real estate excellence,” said  Fava. “When this special opportunity presented itself, I couldn’t pass it up. I am humbled to join a team of this caliber and I look forward to working at a company as well-respected as Douglas Elliman.”

Born and raised in a real estate family in Seattle, WA,  Fava  attended Cornell University in Ithaca, NY, where he played varsity tennis and received a degree in English.

Upon graduating in 2001, he had his sights set on a literary career in New York City, but after buying and flipping his first condo investment, he decided to pursue a profession in real estate.

Fava enjoys spending his free time with his wife and son. His hobbies include yoga, golf, and playing competitive tennis. Fava is also on the Board of the Minds Matter Seattle chapter, a not-for-profit organization whose mission is to transform the lives of high school students from low income houses by expanding their goals and preparing them to succeed in college.