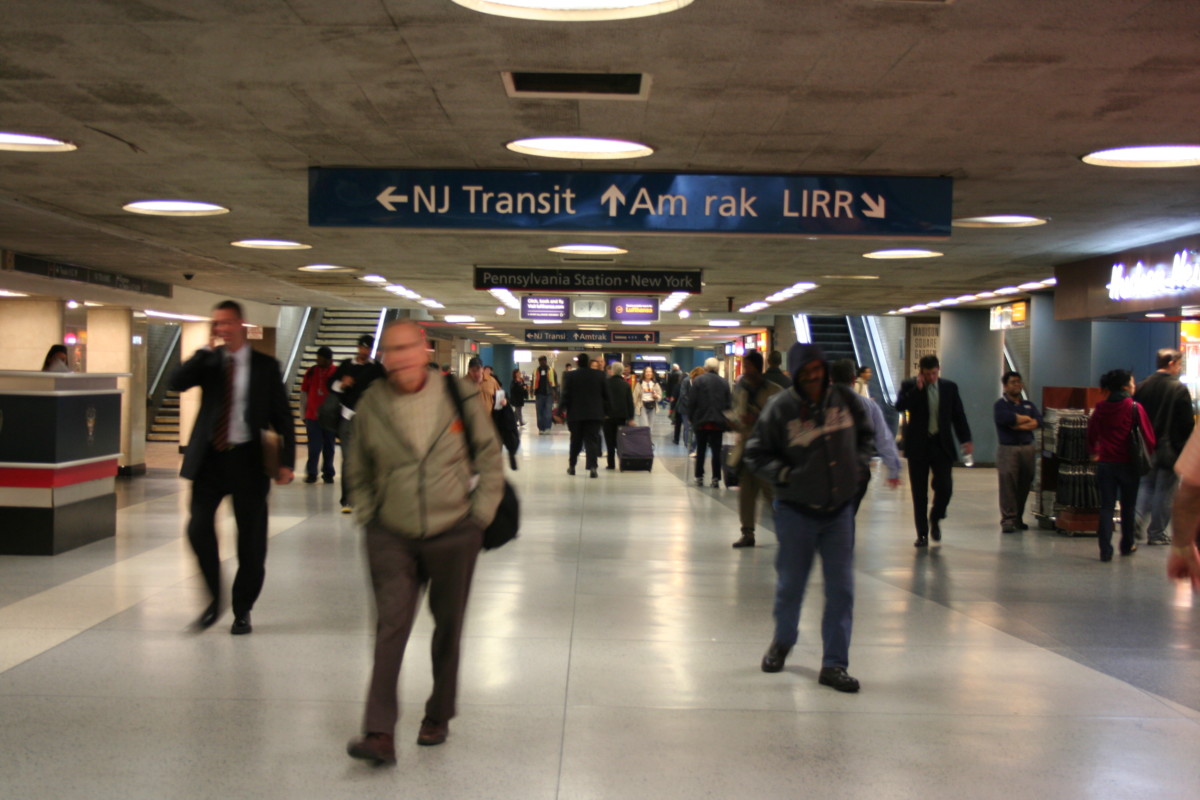 After the Department of Transportation (DOT) announced it was withdrawing from the Gateway Project Board last week, and in the midst of a state of emergency for New York City’s public transit system, local politicians are urging President Trump’s administration to support infrastructure projects in “dire need” of help.

“The delays this summer at Penn Station demonstrate a dire need for investing in infrastructure projects like Gateway sooner rather than later,” said Senator Charles Schumer in a press release.

“In a matter of years, the only two rail tunnels operating under the Hudson River into Manhattan could become inoperable and if that were to happen, rail delays would become insufferable. Let’s not repeat the mistakes of the past. Backing out of the Gateway Development Corporation was a troubling sign that President Trump isn’t serious about this project.”

In its current state, service disruptions on the Northeast Corridor alone cost the national economy over $500 million per year and a loss of transit service on the Corridor for a single day would cost the US $100 million, according to Schumer’s office.

Schumer and Senator Cory Booker said in a press release Monday that President Trump has not yet fully committed to the project, and that his proposed budget cuts $760 million in federal funds for Amtrak, “virtually eliminates” the New Starts program — which helps fund the new Gateway Tunnel Program — and cuts the Highway Trust Fund, which is the primary source of funding for states and the MTA to receive federal dollars for repairs, by $96 billion.

The DOT released a letter last week announcing it was withdrawing from the board of trustees of the Gateway Program Development Corporation, which was leading a $24 billion rail and tunnel project known as The Gateway Program.

“The Department of Transportation withdrew as a Trustee of the Gateway Board as a procedural matter to avoid potential conflicts that could result from DOT serving on the board of a local transportation corporation while that organization seeks significant federal assistance,” said a DOT spokesperson.

“The decision underscores the Department’s commitment to ensuring there is no appearance of prejudice or partiality in favor of these projects ahead of hundreds of other projects nationwide. Moreover, this decision is more consistent with the Department’s provision of effective and objective oversight in instances where we provide financial assistance. The current financial plan for the one project that has an application at DOT (the Portal Bridge) and other information indicates these New York and New Jersey projects intend to apply for extensive federal funding from DOT.

“The decision to resign from the Board should not be misinterpreted as any form of decision about the multiple individual projects promoted by the Gateway Development Corporation.  DOT will apply the appropriate statutory criteria, and will evaluate projects individually on their merits to advance and renew America’s infrastructure.”

The DOT spokesperson said in relation to the nine New York/New Jersey projects connected with the Gateway Program, last week DOT announced a $537.1 million Transportation Infrastructure Finance and Innovation Act (TIFIA) loan for the construction of the Moynihan Train Hall, and published the Draft Environmental Impact Statement for the Hudson Tunnel Project.

The Gateway Program is a series of rail infrastructure improvements for the Northeast Corridor, including creating four mainline tracks between Newark, New Jersey, and Penn Station, and a new Hudson River tunnel.

“The project team continues to work closely with US DOT and appreciates the outstanding technical assistance by Secretary Chao and her staff,” said a spokesperson for Amtrak in a statement to Real Estate Weekly.

“If withdrawing from the Board of the GDC clears up any ambiguity and eliminates a perceived conflict of interest that might have held up federal funding, then withdrawal should be a positive outcome. There’s no question that a project of national significance like the Hudson Tunnel Project (or Gateway broadly) requires a federal funding partner to advance.”

Alicia Glen is advocating for affordable housing for all New Yorkers