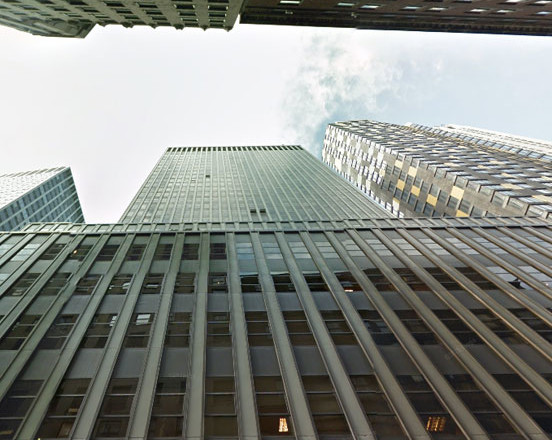 City Year, an education nonprofit fueled by AmeriCorps that is dedicated to helping students and schools succeed, has signed a 10-year, 13,074 ss/f lease at the the 30-story office tower in Lower Manhattan.

The organization’s new lease encompasses 11,074 s/f on the entire 24th floor, as well as 2,000 s/f of basement space. It expects to relocate from 20 West 22nd Street later this year.

Statista, an online statistics and market research firm, is expanding their presence by more than 4,000 s/f at 55 Broad.

The company’s new five-year lease comprises 10,891 s/f on the entire 30th floor. Statista has been a tenant at the property since fall 2015.

According to Bill Rudin, Co-Vice Chairman and CEO of Rudin Management Company, the operating arm of the Rudin Family holdings, 55 Broad Street has long been regarded as an elite address for technology, creative, and telecommunications firms and nonprofits in New York.

He said that the recent leasing activity at the property is being driven by the building’s central location and best-in-class connectivity in terms of internet service providers.

“55 Broad Street is widely known as the first totally wired building in the city, and it remains one of the most connected properties in the Manhattan market today,” said Rudin. “Our building has been very well-received by a diverse range of companies, and we are delighted to grow and maintain our prestigious tenant roster here.”

Erica Hamilton, Executive Director of City Year, said, “We are excited that our new office location, in the Financial District, will allow us to work in the same neighborhood alongside some of New York City’s best non-profits and our government partners to continue our work helping thousands of New York’s children succeed.”

The new leasing activity at the property comes on the heels of the Rudin’s plan to develop a completely new lobby at 55 Broad Street. Ownership has commissioned architectural and design firm Fogarty Finger to reimagine the mid-century-style space to give it a modern, 21st-century feel with a hospitality centered-approach.