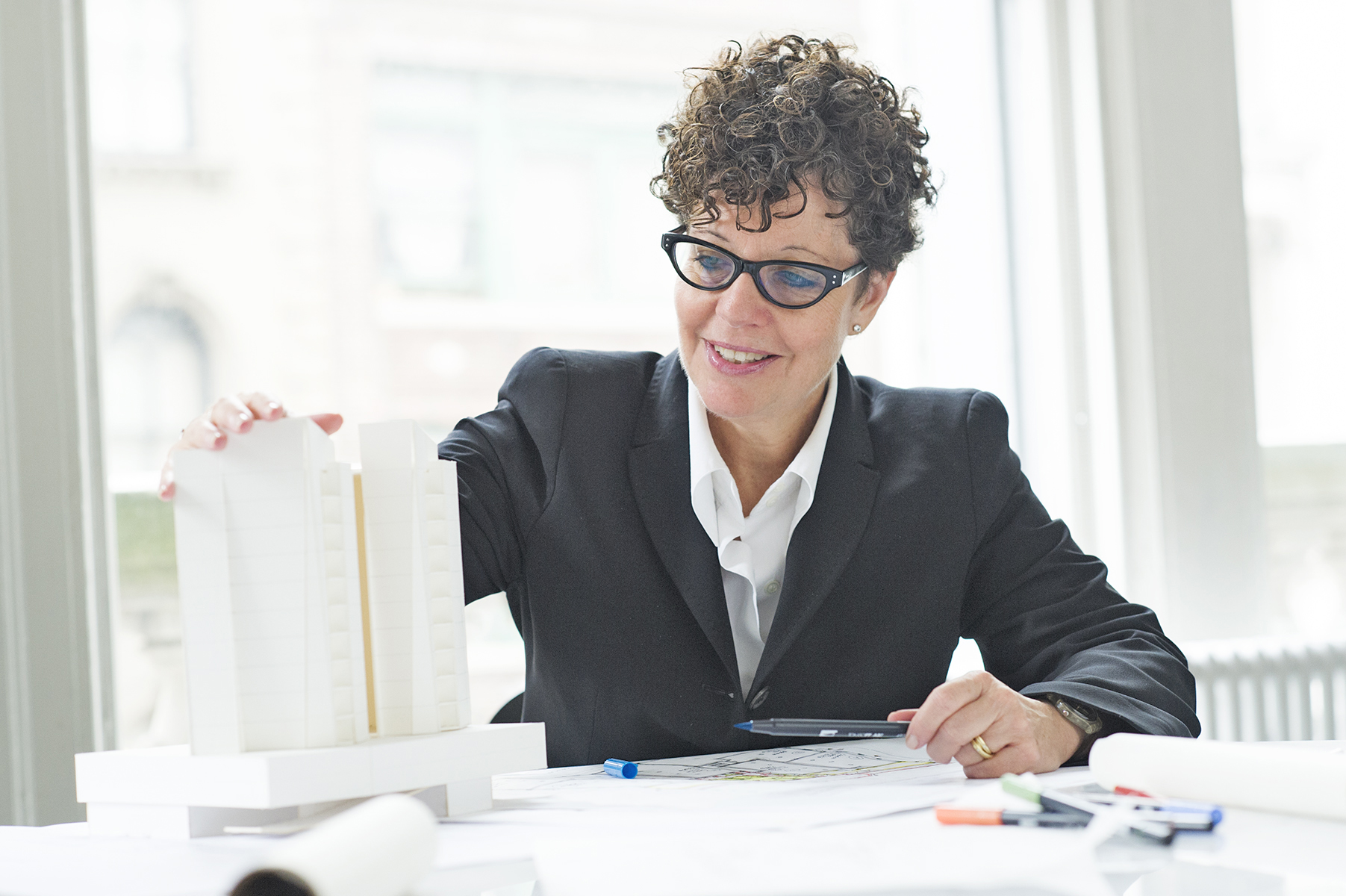 Architect Nancy Ruddy thinks she should be sent to Rikers Island.

The co-founder of New York-based CetraRuddy said the notorious prison would be her top pick of choice assignments.

“It would be exciting to reposition the island into a new vibrant waterfront community of live-work and play. One would, of course, change the island’s name to something life-affirming,” Ruddy said, who will be discussing her role in the city’s changing neighborhoods during an appearance at next monthʼs Real Estate Weekly Womenʼs Forum.

She will be joined by Downtown Alliance president Jessica Lappin, Extellʼs Raizy Haas, Langanʼs Michelle OʼConnor and Bryan Cave partner Sonia Bain for a discussion on major development shifts in the city and their impact.

Ruddy has been invovled in breathing new life into existing neighborhoods and creating new ones throughout her career.
“Every time we think every neighborhood has been tapped, new neighborhoods arrive,” Ruddy told Real Estate Weekly. “It always amazes me.”

She sees the burgeoning Hudson Yards development as one of the most “amazing” transformations, as well as development at Seward Park and Essex Crossing on the Lower East Side.

“Old neighborhoods that we all thought were not right for either new residential or new office were neighborhoods like Hell’s Kitchen, the Lower East Side, and even the Financial District,” sad Ruddy.

Now, her firm is active in all three neighborhoods, including just recently breaking ground on a new office and residential development in FiDi that will be 80 stories tall. “Suddenly, it’s a whole new neighborhood, and people are building office space there again.”

In Hell’s Kitchen, CetraRuddy is working on three separate projects; they just completed luxury rental 535 W. 43rd Street, they are working with Silverstein Properties on a mixed-use building at 520 W. 41st St, and a rental building at 242 W. 53rd Street.

In Hudson Yards, CetraRuddy is designing a 48-story mixed-use building that will include hotel, retail, office and residential, and will be developed by the Chetrit Group.

“I think the idea of regeneration of existing neighborhoods and neighborhoods that have become all-new is pretty amazing,” said Ruddy. “We’re seeing that, and as architects and designers, and urban designers, it’s amazing for us to watch. It just shows what an unbelievably vibrant economy New York is.” Her firm’s work has taken Ruddy all over the world — from building sustainable schools in India, to a 400-room hotel in Saudi Arabia, to flying to Italy to pick out custom marble for her projects.

A native of New Jersey, Ruddy started out as a painting major in college, before discovering a passion for art history, which she studied at New York University.

“Suddenly living in New York … buildings had an enormous impact on my life and I became very interested in architecture,” she said.

In an ultimately fateful move, because she was “late to the game” in deciding on architecture, out of her choices, City College of New York in Manhattan was the only architecture school that would consider taking her.

“We thought it’d either be great, or if it didn’t work, we wouldn’t work on projects together,” said Ruddy of the first time the two partnered on a project for Perkins & Will. “We found there was such a synergy in strength and skill, and we had very similar energy of how art should be.”

“We have very different skills but very similar world views about what is important in architecture and a practice,” said Ruddy. “We really have such a shared vision. We’ve been very, very lucky to have each other. There are days we don’t see each other in the office when we’re working on different projects, but it is really great to have a partner who you trust so much.ˮ

The Real Estate Weekly, EisnerAmper 2017 Women’s Forum will take place at the New York Bar Building on June 14. To find out more, go to www.nycwomensforum.com