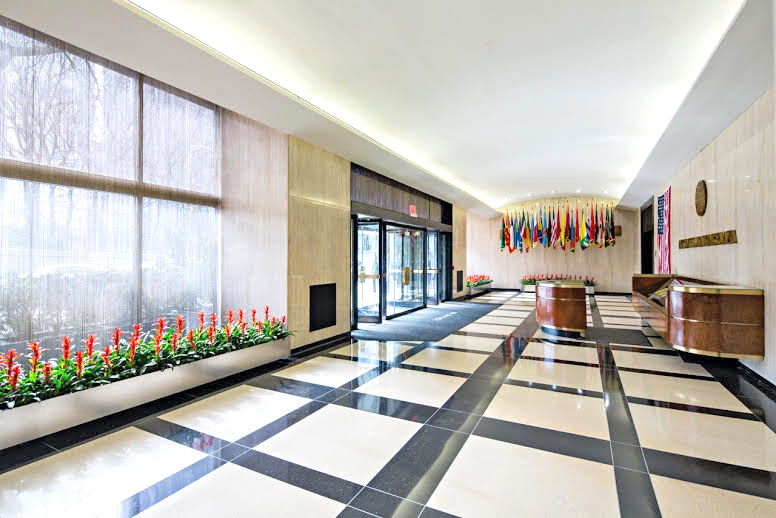 Rudder steering his own course through growing industry sector

Principal of Rudder Property Group, he is one of the few brokers to specialize in the New York City office condo market, and claims to hold the record for selling the most Manhattan office condos.

In the past 13 years, Rudder has sold nearly one million s/f of office condos in Manhattan, at buildings including 125 Maiden Lane, 633 Third Avenue, 70 West 36th Street, 131 West 33rdStreet, and 820 Second Avenue.

His current project is selling office condos at 866 United Nations Plaza, a 471,000 s/f Class-A office building in Midtown East, which under new ownership decided to convert to office condos.

The building is situated at the base of two 32-story luxury residential towers that are separately owned.

Originally from New Jersey, Rudder found his calling in real estate while living in Colorado. He moved to Denver with several friends after graduating from Ithaca College, where he studied anthropology.

“By the time I graduated, I realized I was interested in business and nothing else,” Rudder told Real Estate Weekly. He started working for an industrial real estate firm, doing primarily industrial leasing and management.

“It was perfect for me,” he said. “I found my calling in doing sales and leasing and real estate and dealing with buildings and going out and meeting tenants. I was 21-years-old, and it’s what I’m going to do for the rest of my career.”

Rudder always wanted to move back to the New York City area, where his family still lived, and in 2002 he made the jump. He started working for Francis Greenberger at Time Equities, where he handled a small portfolio of office buildings.

For the next eight years, Rudder cut his teeth in the office condo market, building expertise in the niche — office condos represent just two percent of Manhattan’s 500 million s/f office market, which translates to 10 million square feet of office condos.

“While ten million in any other market is sizable, it’s a drop in the bucket in New York City,” said Rudder.

Office condos exist in every market in the United States — Rudder noted California, Boston, Colorado, Arizona — and they are particularly prominent in Asia, in cities like Bombay or Beijing, where the chances are, people own the condo rather than rent.

“For the majority of office space, it’s just the norm here to rent rather than own,” said Rudder.

In October 2010, after coming out of the recession, Time Equities had stabilized and sold out of its office condo inventory, and that’s when Rudder decided to leave and start his own firm.

Along with Mike Heller, with whom he’d worked with at Time Equities, Rudder started Rudder Property Group in late 2010.

“Our business plan was to solely specialize in the office condo market. We’d built this niche and name for ourselves at Time Equities, and really there was no firm that specialized in office condos,” said Rudder.

In the office condo market, he said demand far outweighs supply, and many businesses, like doctors’ offices, which often have big infrastructure and a large amount of equipment, and jewelers, who also have big build-outs of their offices, would rather own their spaces. Nonprofits and government agencies also prefer to own their office space.

“When you pay common charges, taxes, it could end up being less than rent. Businesses get this, and would love to own space, but there’s not a lot of space available.”

Before the economy took a dive in 2008, a number of buildings in Manhattan converted to condo including 125 Maiden Lane and 131 West 33rd Street — and they have all since sold out.

Since 2008, only one office condo building has come to market, and that’s Rudder’s current project at 866 UN Plaza. The firm brought 100 office condos to market in February, focusing on selling to existing tenants that were longtime rentals.

“The market is really starved for this sort of thing,” said Rudder. “We think more will come, we don’t think it will take over office leasing, but there’s room for this market to grow.”

And Rudder hopes that the market will grow to the outer boroughs — he said he’d “love” to expand to Long Island City or Brooklyn, where he said there’s no office condo market yet, but thinks there should be.

Naturally, Rudder owns his firm’s office condo in Greenwich Village, and the firm will be celebrating its 5th anniversary in October.

Rudder, who lives in Tribeca, will also be celebrating another important milestone that month — he’ll be getting married.

“I think the best way to do well in this business is to have a niche and be better than anyone and become an expert in that craft,” said Rudder.

“There are lots of opportunities for this in the New York City real estate market and in any business. We get opportunities to expand into other markets and other deals, but we pass on those because we are solely focused on our niche and don’t want to water down our brand.