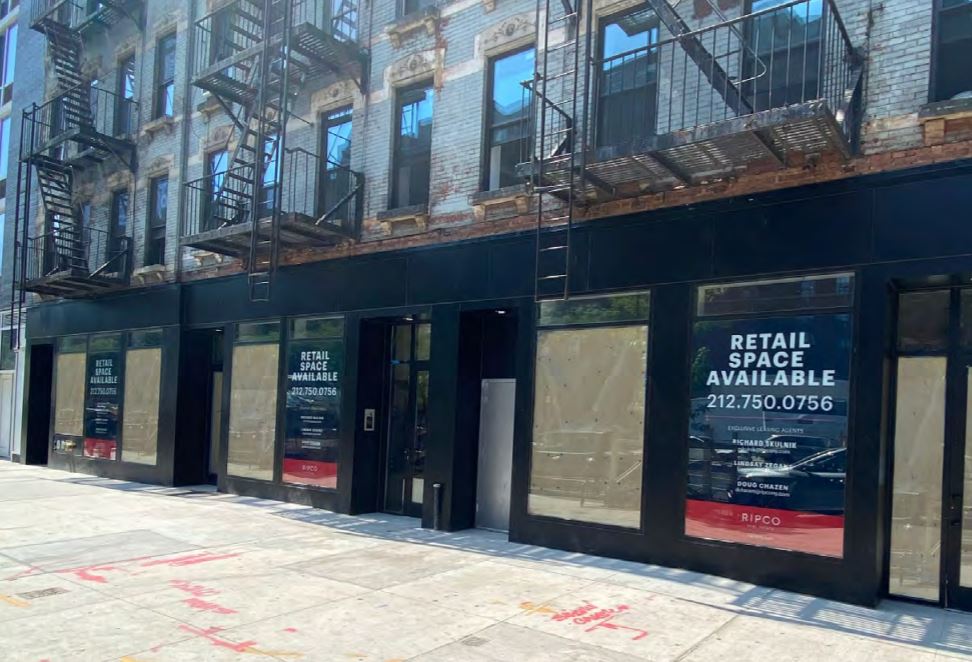 Gorillas, the on-demand grocery delivery startup , took 7,050 s/f across the ground floor and basement for 10 years;

“New York City continues to see demand for delivery services and quick service restaurants, and both Gorillas and Wingstop are examples of these industries expanding,” said Richard Skulnik, Vice Chairperson at RIPCO, who represented the landlord, Meadow, along with Lindsay Zegans.

“In addition, European Wax Center saw the uptick in the population in the neighborhood and wanted to get in early before the rents increased due to great contingency on the block. We are confident that the addition of these three new tenants will further attract brands and benefit the neighborhood.”