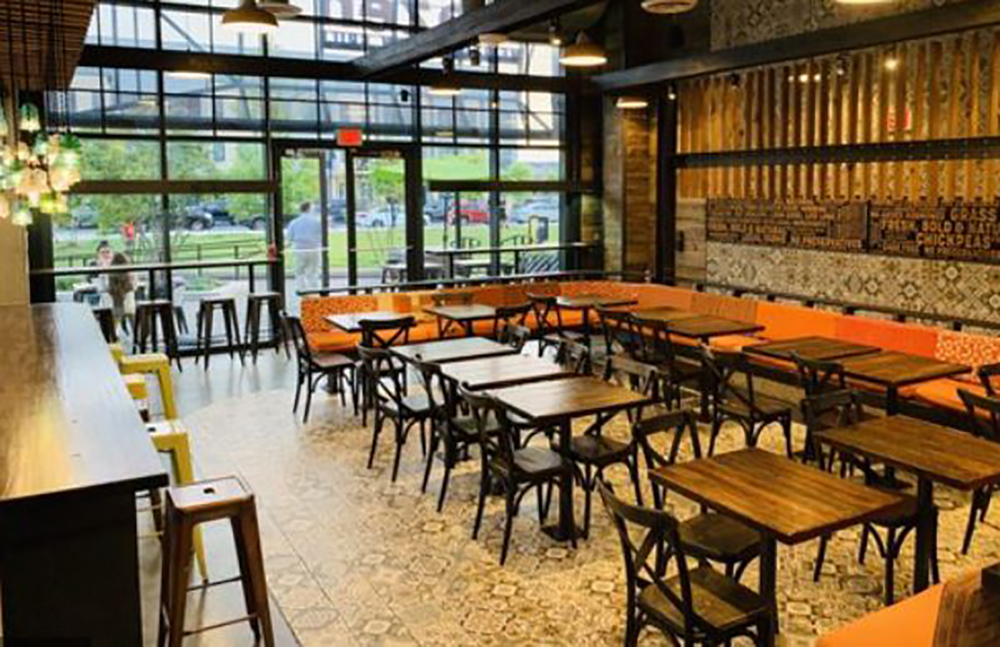 Cushman & Wakefield arranged a long-term lease for Mezeh at Rockpoint Group’s 1700 Broadway. Mezeh will occupy 1,400 s/f on the ground floor of the fully leased office building, adjacent to the lobby. Mezeh is expected to open Spring 2022.

“We are thrilled to have placed Mezeh in such a strategic location for its second New York City outpost,” said Azarian. “Located at 1700 Broadway in the heart of Midtown West, Mezeh will play an important role in the city’s post-pandemic revitalization.”

Azarian, Bonan and Ariola represented Mezeh in its first lease in New York City at 900 Broadway in the Flatiron District earlier this year.

The five partners who own Mezeh Mediterranean Grill, based in Annapolis, Maryland, have secured funding to open as many as 50 more locations.

Currently, most of its locations are located in Virginia, Maryland and North Carolina, however, partner and head chef Steve Walker told Forbes magazine that the company is taking advantage of current market conditions to expand in major markets.

“Rents are more attainable, and landlords are more flexible. It’s a huge opportunity that we can take advantage of,” he told Forbes.

Food and beverage tenants were the most active in signing retail leases across Manhattan during the second quarter, according the attest market report from CBRE. Restaurant chains signed 23 deals, totaling 83,333 s/f of space. Apparel businesses were next at 10 leases, totaling 49,236 s/f.

No word on how much the rent is at 1700 Broadway. However, average asking rents across the city have hit record lows with Times Square — hurt badly by a lack of tourists — seeing a 22.5 percent rent drop to $1,277, a low CBRE has not seen since 2011.