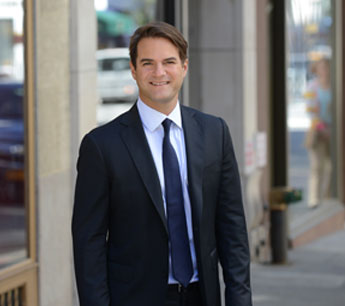 It will be the Los Angeles-based Dita’s first Manhattan location and its New York flagship.
RKF’s Joshua Strauss and Taryn Talmadge represented Dita. Matt Cohen and Alan Victor of The Lansco Corporation acted on behalf of the landlord.
Scheduled to open this fall, Dita will occupy the ground and lower levels of the 29,860-square-foot property, adjacent to Scotch & Soda and DNA Footwear.

■ Faith Hope Consolo, Joseph Aquino and Arthur Maglio of Douglas Elliman’s Retail Group have been awarded the exclusive agency for 285 St. Nicholas Avenue.
The 3,000 s/f space with a 1,500 s/f has more than 135 ft. of wraparound frontage that includes the northwest corner of 124th Street.
It directly faces the Harlem USA entertainment complex.
“This is the Harlem version of Main & Main, and it comes with astounding double frontage and space,” said Consolo.

■ Sabre Real Estate Group LLC has arranged a lease in Patchogue, Long Island, for Moe’s Southwest Grill.
Moe’s is expected to open in Fall 2014 in a 2,403 s/f end cap at the Gateway Plaza shopping center, 499 Sunrise Hwy.
Greg Batista, a director at Sabre, arranged the transaction. Pergament Properties, of Woodbury, Long Island, is the landlord.

■Eastern Consolidated has arranged a lease at 30 Carmine Street in the West Village for Maza Loukouma and Espresso Bar, a new

■ Golden Realty has released a one-time butcher shop to the retail market following a top-to-bottom renovation.
The firm’s Michael Harounian just announced the completion of renovations in a store front on the south east corner of First Ave and 52nd Street.
The space spans 600 s/f and it has been renovated to a fully move-in condition for most dry goods businesses.
“We have done most of the work for the incoming tenant and will deliver more than just a vanilla box,” Harounian stated.
“With the massive number of existing high rises in the neighborhood and others nearing completion there will be ample foot traffic that the incoming business can benefit from.”

■ Eastern Consolidated has arranged a 2,193 s/f lease for Keratinbar at 342 West 14th Street in the Meatpacking District.
The location, opening this summer, will be the Keratin treatment salon’s second store and the owner’s third in New York City.

The retail space at the six-story, mixed-use property is comprised of 1,151 s/f on the ground floor and a 1,042 s/f basement level.
Eastern’s Alexander Hill, along with Jeff Shapiro of NYC Restaurant Realty Corp, represented the tenant.

■ Buchbinder & Warren Realty Group has been retained to lease the retail space at 14-16 Avenue C.
The space comprises 1,600 s/f retail with an option for an additional 500 s/f and a 1,500 s/f cellar . The proeprty also offers 65 ft. of frontage.
Located diagonally across from future 41,000 s/f development site Buchbinder & Warren’s William Abramson said the asking rent is $210,000 per annum.