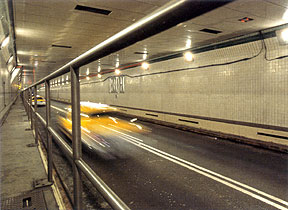 Renters head to the beach as summer apartment vacancy rises

It may be the busiest time of the year in the New York City rental market, but according to the latest market reports, renters have the upper hand.

According to a report from Citi Habitats, while average rents declined in July as compared to the previous month, the vacancy rate increased, two factors beneficial to renters. However, landlord concessions– which hit 31 percent in January — fell slightly from the previous month.

“Any time the vacancy rate kicks up one month from another in the summer season, that’s something that always intrigues me because it’s the busiest time of the year,” said Citi Habitats president Gary Malin. “Historically, you’d think vacancy would go down because in the summer people are moving here. You just wouldn’t expect it to rise, but given the way the market’s been operating over the last year, it’s pretty much par for the course.”

In July 2017, rents decreased 2 percent for studio units when compared to June, while they rose 1 percent for 3-bedroom homes, according to the Citi Habitats report. Pricing for one and two-bedroom apartments was relatively unchanged from the month prior.

In July, the city-wide vacancy rose to 1.84 percent – from June’s rate of 1.74 percent. Last year during the same time period, the Manhattan vacancy rate was 1.92%.

Looking at landlord concessions, 24 percent of rental transactions brokered by Citi Habitats offered a free month’s rent and/or payment of the broker fee to entice new tenants in July – down slightly from 28 percent in June. Looking year-over-year however, their prevalence increased. In July 2016, 19 percent of leases offered an incentive.

According to a July rental report from MNS, average rents in Brooklyn increased for all apartment categories when compared to the month prior. Studio apartments in the 14 neighborhoods studied rented for $2,265 per month on average. For Brooklyn one-bedrooms, the average rent was $2,852, while rents for two and three-bedrooms averaged $3,725 and $5,122 respectively.

Malin called the rental market “very price-sensitive,” and that while landlords are looking to achieve high prices — and many do — renters will find other neighborhoods where they can get the same amenities and proximity to Manhattan for less.

“They have an idea in their head that they can go to other locations and get value,” said Malin of renters.
“That’s why I believe Long Island City is doing so well, because it’s close and easy to get to Manhattan, there are beautiful buildings that have amenities comparable to Manhattan, and people are realizing it has the same things and is more affordable.”

DONE DEALS: Round of the week in residential sales