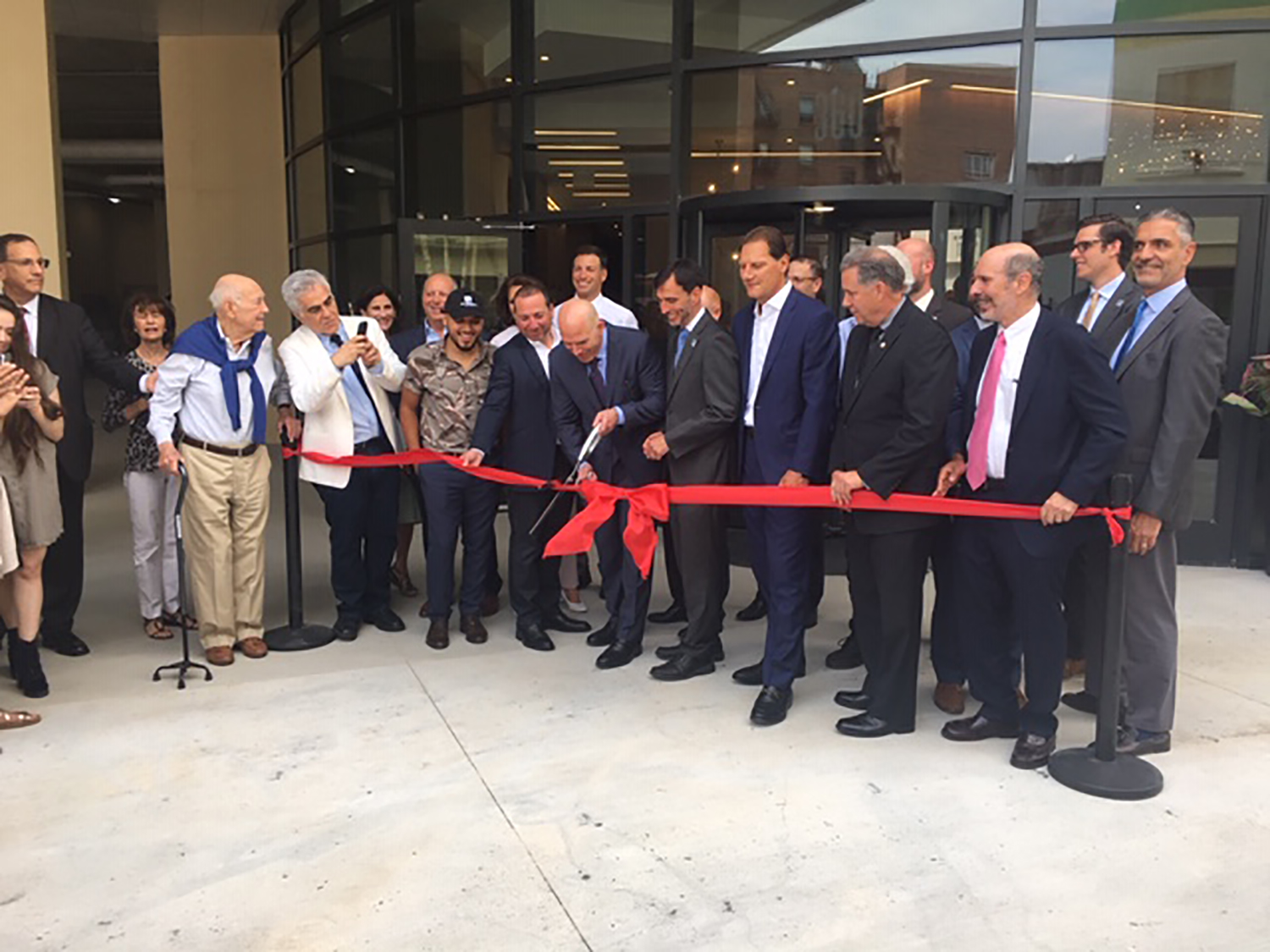 RXR Realty CEO and chairman Scott Rechler was hailed by New Rochelle city officials this morning for his efforts to help revitalize the Westchester city.

Rechler was joined by Mayor Noam Bramson to officially open 360 Hugenot Street, the first new building created as part of the Downtown New Rochelle rezoning for which RXR is the Master Developer.

“We are incredibly fortunate to have been led by a development and planning team that is so imaginative and so driven to succeed,” said Mayor Branson. “I am convinced that much of what is happening in a positive way in New Rochelle is a credit to [RXR’s] drive and imagination.”

360 Huguenot is a 28-story, 280-unit mixed-use rental building at the site of a former Loew’s Theatre. Originally known as 587 Main, the site is owned by a joint venture of ABS Partner and Brause Realty, who are partners on the project.

Units range from studios starting at about $1,900 per month to two-bedroom apartments starting at $3,100. They have hardwood floors, walk-in closets, stainless-steel appliances, Latch keyless technology and views of the New York City skyline, Westchester County and the Long Island Sound.

Before cutting a ceremonial ribbon in front of a crowd of onlookers, Rechler said, “I am extremely proud of being able to open this building today, but I am more proud of what is going to happen for the City of New Rochelle in the future.

“Five or 10 years from now, New Rochelle will be thought of as the model for how you revitalize suburban cities in the 21st century.”

Under the master plan for the downtown area, more than 11 million square feet of property will be redeveloped with over 6,000 apartments, retail, office, arts and cultural space.

The city’s goal is to attract 20,000 new residents in the next decade, which would bring New Rochelle’s population up to 100,000.