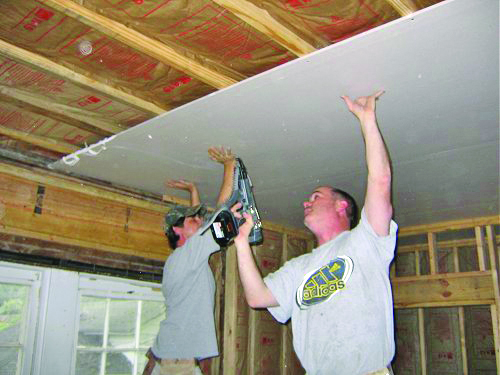 Next month, the state will enact some important changes to the approved methods of testing for vermiculite which will continue to protect the public’s health and safety and avoid costly testing.

These changes are the result of the close collaboration of government officials, the world’s most respected scientists in the area of vermiculite and members of our industry.

Vermiculite is a mineral found in sheet rock, insulation, and other building materials and was commonly used for fire protection on structural steel buildings, once the danger from asbestos was recognized and no longer permitted.

In 2012, a serious issue for our industry arose when the New York State Department of Public Health (NYSDOH) issued an informational letter which essentially said that “any material containing 10 percent or more of vermiculite must be reported as asbestos containing material (ACM).”

Shortly thereafter, the New York City Department of Environmental Protection issued their own memo announcing plans to uphold the state’s guidelines. These guidelines raised serious and significant financial and legal issues for the numerous buildings throughout the city that used vermiculite.

However, the State and the City, in an effort to protect the public health, issued the above noted guidelines. The State and City actions, although well-intentioned, was extremely problematic and certainly took our industry by surprise.

The presumption that all building materials that contain 10 percent vermiculite are deemed to be asbestos carrying materials (ACM) was faulty and potentially extremely costly for building owners to remediate and could potentially lead to the kinds of litigation we had seen with asbestos.

Compounding the problem was the lack of a reliable and cost-effective method to test for the presence of asbestos in vermiculite.

REBNY asked Dr. William Esposito, president of Ambient Group, Inc. and a 30-year veteran in environmental science, to review the method used by the State to make the vermiculite/asbestos determination, to develop a new method that would accurately determine asbestos in vermiculite materials, and to donate our new method to the NYSDOH for free as an “Open Access” method that could be used by all New York State certified laboratories.

As part of this effort we commissioned Dr. Eric Chatfield, chairman of the ISO asbestos technical committee and a world-renowned expert on asbestos analysis methodology to work with Dr. Esposito. The two collaborated for the next four months until a study for a new “Laboratory Developed Method” was developed.

REBNY then met with state officials and the method was well received. Following a year-and-a-half-long public/private sector collaboration between the DOH and Drs. Chatfield and Esposito, NYSDOH approved our proposed method of testing vermiculite for asbestos, which was extremely reliable and cost efficient.

Starting next month, the REBNY developed method of testing for asbestos in vermiculite will be one of two methods approved by the State and a method that can be used by any laboratory. The other method is proprietary and can only be used by the laboratory that developed it.

I am immensely proud that REBNY could be part of such an important process.

This achievement benefits the state, which, in only two years, gained a method to accurately measure asbestos in vermiculite. It is also a victory for members of our industry and vermiculite manufacturers, who are now both able to definitively prove that their product does not contain asbestos.

This is just one example of the good things that can be achieved through collaboration, and should serve as inspiration and a source of pride to all of us in the industry.

In other REBNY News:
October 16 is the Plaza Committee Luncheon, which is taking place in the REBNY Mendik Education Center from 12:00 p.m. to 2:00 p.m. for Plaza Committee members and their guests. For more information, contact Desiree Jones at DJones@rebny.com.
October 20 and 21st from 9:00 a.m. to 5:30 p.m. is the Certified Buyer Representative Course. This REBNY-facilitated two-day course takes place in the REBNY Mendik Education Center and is available to those who wish to differentiate themselves with advanced training in buyer representation. For information on pricing and further details, please visit the Education section of REBNY.com.
REBNY is a proud partner of the 2014 Massey Knakal Multifamily Summit! This exciting two-day event is taking place on November 12 and 13 at the McGraw-Hill Conference Center, and will bring together over 850 owners, operators, investors and multifamily experts, making it the largest day-long multifamily conference in New York! It will also be featuring several guest speakers and informative panel discussions, and REBNY members can receive a $75 discount on tickets using code MP-75REBNY through Eventbrite. For more information on this event, please contact Heather Eisenstadt at heisenstadt@greenpearlevents.com or visit our website mkmultifamilysummit.com.