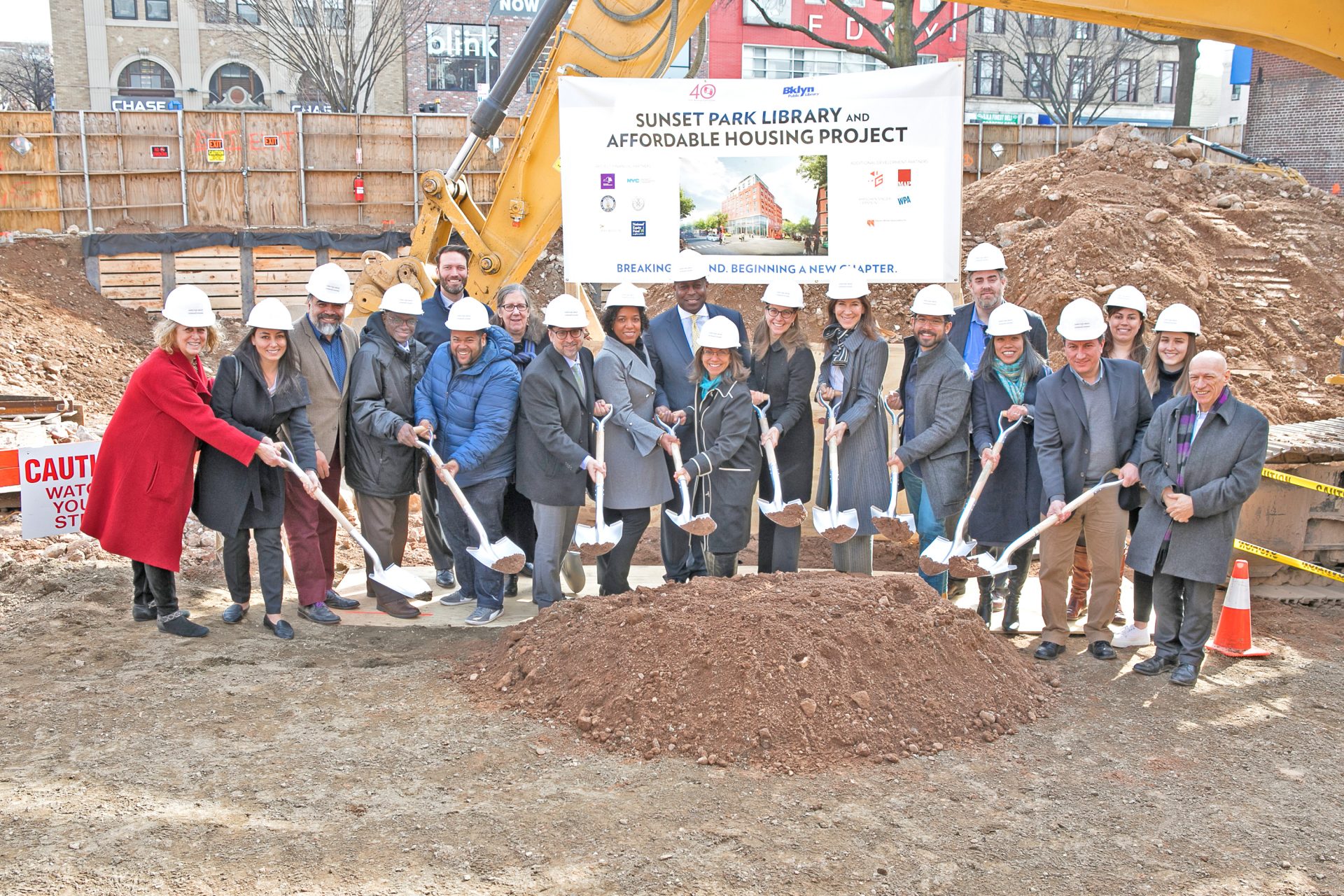 Developed in partnership with the New York State Homes and Community Renewal (HCR), FAC and BPL’s project will provide Sunset Park with a state-of-the-art public library that is nearly twice the size of the previous library, while simultaneously creating 49 apartments in a pioneering shared-use model that is the first of its kind in New York City.

HPD Commissioner Maria Torres-Springer, said, “Through Housing New York, we are looking to pair affordable housing development with the dynamic community assets that neighborhoods need to thrive.
“This innovative project will bring a new and improved public library to Sunset Park and 50 deeply affordable homes that will help anchor the community for generations to come.”

The Sunset Park branch is one of Brooklyn’s busiest libraries. Built in 1972, the former building was too small and required more than $6 million in repairs.

The new library, designed by Mitchell Giurgola, will occupy more than 20,000 s/f of the new building and will be outfitted with the collections, technology and flexible space needed to accommodate many uses.

The “deeply affordable” homes (plus super’s apartment) above the library will include a mix of studios, one-, two-, and three-bedroom apartments. Apartments will be affordable to tenants with incomes spanning 30 to 80 percent of Area Median Income (AMI).

Fifth Avenue Committee is constructing the building at no cost to Brooklyn Public Library.

BPL will fit out the new library using a portion of the proceeds from the redevelopment of its Brooklyn Heights branch. The City will own the library in perpetuity, as it does the current branch.

“Not only does the development help meet the City’s critical need for more affordable housing, but it also enhances a much-loved and heavily used library branch, which is so important to a strong community,” says Christine Hunter, Principal at Magnusson Architect and Planning.

The project was financed through $35.5 million in public and private investment. New York State Homes and Community Renewal provided Federal and State Low Income Housing Tax Credits, which will generate more than $11 million in equity, with an additional $60 thousand in equity through their purchase of Solar Tax Credits.

NYS HCR is also providing $1.5 million from their Community Investment Fund to be used toward building the library. NYC HPD is providing more than $8.75 million in subsidies for the project.

BNY Mellon is the construction lender for the project. LISC NYC and their affiliate the National Equity Fund are syndicators for the project financing.

The new building is expected to be completed in December 2020.