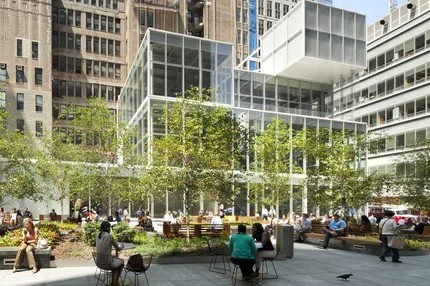 RKF has arranged a 5,396 s/flease for Privé Revaux Eyewear at 120 West 42nd Street in Midtown, which is the brand’s first ever brick-and-mortar location.

Privé Revaux will occupy 5,396 s/f at The Cubes 42nd Street, a 75,000 s/f glass and steel building a few blocks away from New York City landmarks such as Times Sqaure and Grand Central

“The incredible foot traffic on 42nd Street is a great driver for Privé Revaux Eyewear to test the concept, market and build awareness around the brand,” said Abrams.

Lightstone closes on $262M for first of five Moxy hotels