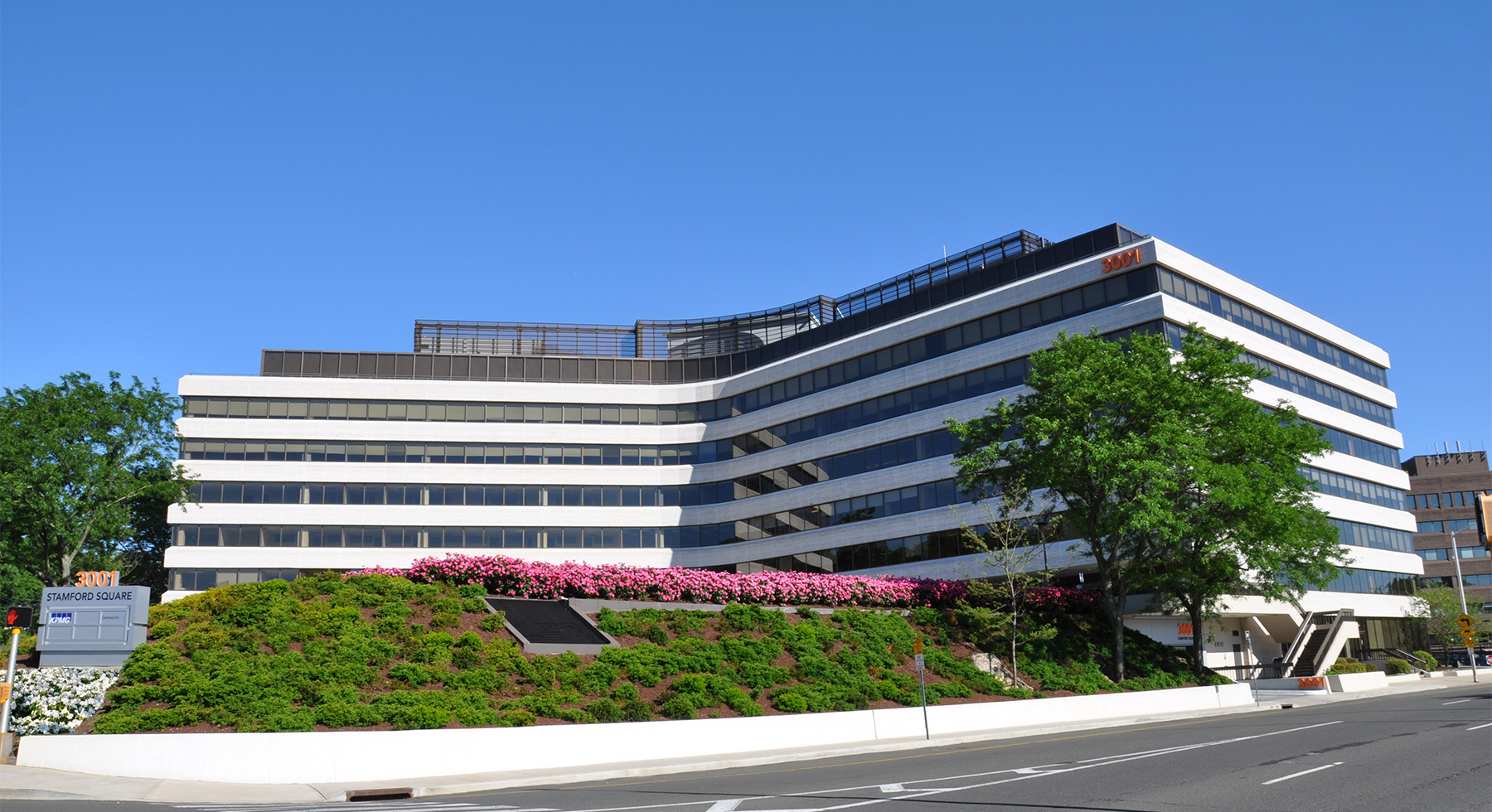 “We are thrilled that, after an extensive search, Pitney Bowes has selected our 3001 Stamford Square property as its new global headquarters. Their choice validates our dramatic renovation and property rebranding effort, which we hoped would attract outstanding companies such as Pitney Bowes to our building,” said Darrell Harvey, co-CEO of The Ashforth Company, which also manages 3001 Stamford.

Pitney Bowes will be relocating from 1 Elmcroft Road, Stamford, CT, a property it sold last year as part of a major reorganization by CEO Marc Lautenbach.

Lautenbach hinted at the time that the company would search neighboring counties for “more efficient, modern and open” space to reflect its new corporate strategy and accommodate some 550 staff.

However, after striking a deal to accept state financing, Pitney said it would stay in Stamford and add 200 jobs across its Fairfield county operations.

Andrew Ashforth, co-CEO of Ashforth and CEO of A.P. Construction Company, which performed the renovations to 3001 Stamford said, “The repositioning of our property addresses the needs and changing working environment sought by growing companies today.”

Pitney Bowes joins KPMG, Genworth and Navigators as tenants at 3001 Stamford, where 125,000 s/f of space remains available for lease.

Ed Tonnessen, managing director of JLL, the exclusive leasing agent, said, “A transaction of this caliber is a direct reflection of the confidence that all of us involved have in the long-term vitality of the Stamford commercial real estate market.

“And, with a new highly modern design, sound ownership, competitive rates, and first-class amenities including a 10-minute private shuttle service to and from the Stamford Train Station, 3001 has re-confirmed its position as one of the premier buildings in Stamford.”

Hong Kong to London, retail rents are up around the world