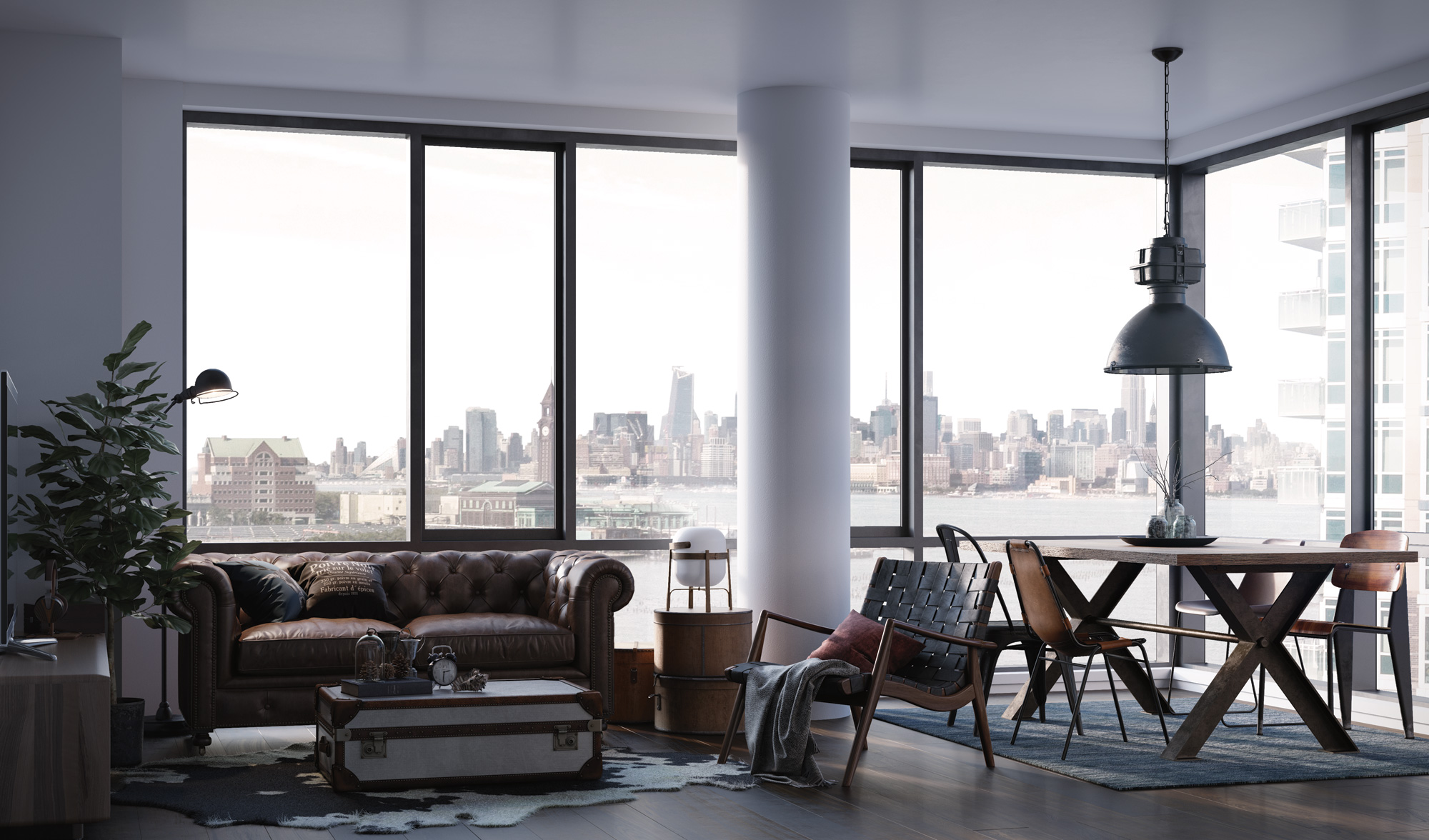 A “bomb cyclone” may have just dropped on the Northeast, but it did nothing to hamper fast-moving sales at the first new condo building to rise in Jersey City’s Newport neighborhood in nearly 10 years.

In fact, Phillip Gesue, chief development officer at Strategic Capital, expects his firm’s Park and Shore development to be sold out before construction finishes at the end of this year.

“I suspect Shore House will be sold out before we complete construction in a year’s time,” said Gesue. “The other building (75 Park Lane) is bigger, but we can probably sell out the building from our current sales office. We get paid to be careful and conservative and I am assuming things will slow up, but right now, we are on a trajectory to be sold out by the completion of construction.”

He attributes the steady sales clip to several factors, not least what he calls Strategic Capital’s ability to bring affordable alternatives to Manhattan and Brooklyn real estate to the New Jersey waterfront market.

Comprised of two distinct buildings, prices at 75 Park Lane and Shore House start at $640,000 for one-bedroom units with two-bedrooms starting at $1,095,000 and three-bedrooms from $2.2 million.

That works out to roughly $1,000 per square foot of real estate on average, compared with Manhattan’s $2,282 p/s/f (according to Halstead’s year end new development report) and Brooklyn, where new development entering into contract in 2017 averaged $1,490 p/s/f.

“Jersey City has been undersold as a secondary market,” said Gesue. “What we are finding is that the demographics of people who live here are similar to those in New York City.

“They are affluent, they work at good jobs and have good wages. Those people want Manhattan level quality and style at a Jersey City price. In the past, what you got was Jersey quality at a Jersey price, but people who deliver a more sophisticated product get paid more than others. There is not that much high quality here, and we are being rewarded for that.”

Park & Shore was designed by architecture and interior design firm Woods Bagot, the same company that did the Baccarat Hotel & Residences in New York.

Standing 37 stories on the edge of the Hudson River, 75 Park Lane has a light gray façade and terracotta accents. There will be 358 apartments in all, ranging from studios and one-bedrooms to two- and three- bedrooms as well as penthouses, many with private balconies and outdoor space.

They are the more contemporary of the homes, with layouts that are open and finishes that include marble baths with polished nickel millwork trim, Bosch appliances, walk-in closets and Manhattan skyline views.

The 71-unit Shore House has a more “avant-garde” loft aesthetic. The seven-story building exterior is finished in gray tones and interiors have a wood and steel steampunk thing going on. Pendant lights of riveted steel hang above walnut dining tables and the kitchen cabinets are finished in woven metal.

“The concept was to build and offer to different target markets,” explained Gesue. “The taller, more modern upscale contemporary luxury building, and the shorter building that’s a little more of a relaxed luxury with Williamsburg/Tribeca finishes and, because it’s shorter, the feel of a loft building.

“As a result, the two buildings are drawing different types of buyers. We are getting younger and more millennial buyers attracted to the lofty building and more international and established condo buyers for the larger contemporary building.”

The Marketing Directors is handling sales at both properties and, according to sales director Linda Nassaney, the new condo in the mostly rental Newport community has drawn plenty of interest from locals eager to buy in an area they already love to live in.

And along a waterfront dotted with new high rises, she said the quality of Park & Shore is proving to be a magnet for out of towners trawling the waterfront for that elusive “affordable luxury” home.

“People like the neighborhood,” Nassaney said of the once industrial hub transformed largely by the LeFrak family, which bought the then derelict 600-acre site for around $50 million in 1985, according to the New York Times.

Since then, the LeFraks have built 18 apartment buildings along with two hotels and eight office buildings. They spent millions on new roads and infrastructure, parks, an ice rink and even a beach. Simon Property Group opened the Newport Mall in 1987 and there is now a Morton Williams supermarket on the site along with a doctor’s office, a pre-school and Newport’s own “restaurant row”.

The LeFraks revamped the Newport PATH station; there’s a ferry service to Manhattan and you’re minutes from the Holland Tunnel. A promotional video on a loop in the Park & Shore sales office offers international buyers a glimpse of what life could be like when they can hop a PATH train to work and be back home minutes after 5 p.m., or enjoy a ferry ride to a night on the town in the Big Apple that doesn’t require booking overnight accommodations. And there’s a Light Rail that runs from the GWB to Bayonne right through Newport.

Alternatively, residents can stay home and enjoy “the ultimate recreational, social and fitness experiences” available in both buildings.

Offerings inside 75 Park Lane include a dining room and wine tasting area, a game room with pool, ping-pong and foosball tables, a multi-purpose entertainment room with surround-sound audio and retractable screens and a separate golf room with golf simulator.

Also, 75 Park features a communal rooftop with a prep kitchen and table for tasting events and cooking demonstrations, a lounge and dining area that can be sectioned off for private events and there is even a co-working area.

There is also plenty to explore in the neighborhood. Since the LeFraks took the first bold steps to transform the waterfront site, there has been an explosion of development to the south of Newport that has brought with it a maturing retail landscape and arts scene.

Development is also in the cards for the northern section, which will bring Newport to the doorstep of its long-envied neighbor, Hoboken.

A spokesman for Newport Residential Management, which operates the LeFrak buildings, said the company is wrapping up leasing at its own Ellipse rental tower and hopes to be announcing another project in Newport later this year.

Gesue believes it will create “a more dynamic metric” and connect this stretch of the waterfront much in the same way Aventura in South Florida connects with Fort Lauderdale and Miami.

He said his firm – a subsidiary of the largest construction company in China – continues to look for other investment opportunities in Jersey City and will continue to follow its more-for-less strategy.

“New York City continues to generate a tremendous amount of jobs and demand, but there are very few people who can easily afford Manhattan – it’s a tiny percentage of the population of the tristate area,” he said. “Newport has been lacking in opportunities to buy and the arrival of Park and Shore will begin to address the demand for thoughtfully designed homes offering a suite of amenities unheard of in this area.”