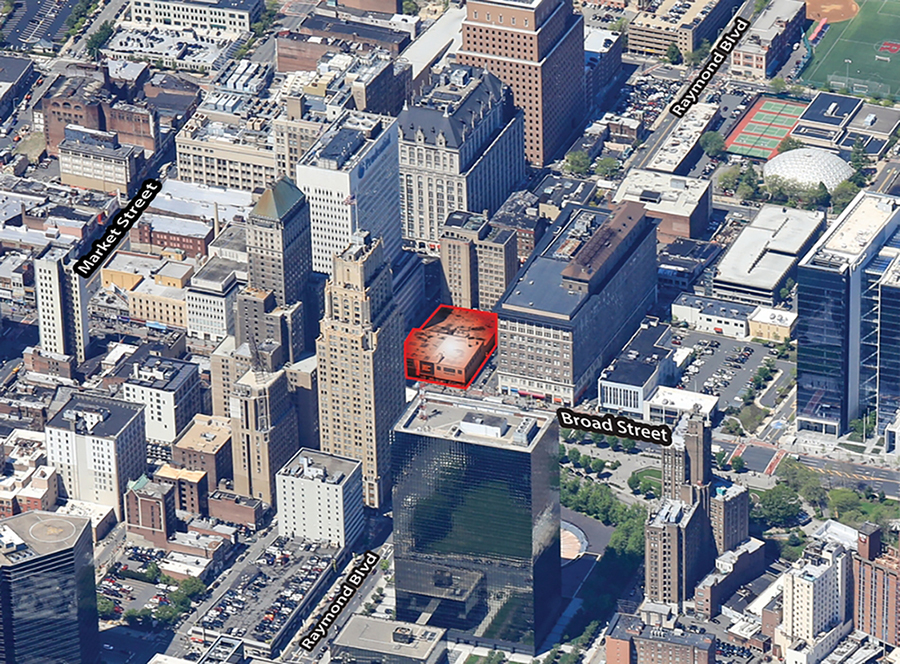 B+E announced the sale of the Cloud10 car wash property at 150 Wilkes-Barre Blvd, Wilkes-Barre, PA for $5,000,000.The NNN property carries a cap rate of 6% and a lease term of 20 years. The seller was Cloud10 and the buyer is an individual net lease investor. This was the first ever sale-leaseback for Cloud10 Car Wash. The 6% cap rate is one of the five lowest cap rates for a new express car wash achieved in the US this year. Jim Ceresnak and Spencer Henderson from B+E handled the transaction.

•••
Cushman & Wakefield announced the sale of Arlington Plaza, a 37,603 s/f grocery-anchored retail center located at 1-29 Schuyler Avenue in North Arlington, NJ. The final sale price was $13,500,000. Seth Pollack, Brian Whitmer, Max Helfman, Andrew Merin, David Bernhaut and Gary Gabriel represented the seller, Arlington North Associates, and procured the buyer, a privately held investment firm. The asset is 100% occupied by a roster of 11 tenants anchoreded by Super Foodtown, which occupies nearly 55% of the gross square footage. The center has 377 feet of frontage along Schuyler Avenue and Bellevue Turnpike at one of the most visible and highly trafficked intersections in the submarket.

•••
The investment sales division of Eastern Union announced the sale of a five-story, mixed-use building located at 223 5th Avenue in Park Slope, Brooklyn, for $4.19 million. Jack Beida arranged the sale. Located on the corner of President Street, the 12,240 s/f property is comprised of 12 apartments and four retail spaces. The residential component amounts to about 80 percent of the property’s overall square footage. Beida represented the seller, Unipres Corporation, and procured the buyer, Prospect Acquisitions. The transaction represented the first sale of the building in 37 years. The property was built in 1920.

Midwood Investment & Development announced the $9.83 million sale of its multi-tenant retail property in the Riverdale neighborhood of the Bronx. The property was acquired by a local New York City-based investor. Located at 3508/3510 Johnson Avenue on the intersection of Johnson Avenue and West 235 Street, the corner space consists of approximately 8,867 s/f and is home to a Bank of America branch location and Montefiore Medical Center, both of which will continue to occupy the property. Marcus & Millichap brokers Steven Siegel, Judson Kauffman, Philip Biancavilla represented Midwood Investment and the buyer.

•••
GFI Realty Services announced the $1.475 million sale of 751 55th Street, a three-story walk-up, six-unit multifamily property located in the Sunset Park section of Brooklyn. This is the first trade of this asset in over fifty years. Zachary Fuchs represented both the seller, the Giancola Family, and buyer, Henry Koon. Constructed in 1917, the 3,855 s/f property is comprised of two-bedroom units. Five of the apartments are free market.

•••
Marcus & Millichap announced the following sales:
• 718 Lorimer Street, a 4,125 s/f mixed-use property located in Brooklyn, sold for $2,215,000. Michael Salvatico, Shaun Riney, and Samuel Leppo represented the seller and secured the buyer. The 6-unit property includes five apartments and one store. There are four two-bedroom apartments and one three-bedroom apartment.
• 733 Dekalb Avenue, a six-unit apartment property located in Brooklyn sold for $2,500,000. Daniel Greenblatt and Shaun Riney represented the seller, a limited liability company, and secured the buyer. The 6 residential units include one one-bedroom apartment, four three-bedroom apartments, and one four-bedroom apartment. The asset is in the Bedford-Stuyvesant neighborhood of Brooklyn, close to Herbert Von King Park and multiple public transit stations.
• 176 West Street, a 4-unit apartment property in Greenpoint, Brooklyn, sold for $2,000,000. Shaun Riney and Michael Salvatico represented the seller and the buyer. The 4,400 s/f property is located on the Greenpoint Waterfront and has recently been gut renovated. There are two one-bedroom units and two two-bedroom units, all of which are free market.

•••
TerraCRG has closed on the $6.3 million sale of an industrial site located at 848 E 43rd Street in East Flatbush. Dan Marks, Daniel Lebor and Robert Finnerty represented the seller in this transaction. Located within an Industrial Business Zone, the property consists of one L-shaped 29,460 s/f lot with a 17,500 s/f industrial building and an adjacent 12,000 s/f gated yard. The sale price equates to $360 per building square foot.

•••
JLL Capital Markets has closed the $9 million sale of 727 Broad Street, a 62,275 s/f retail property with redevelopment potential in downtown Newark, NJ. JLL represented the undisclosed seller and buyer on the transaction. Situated on 0.61 acres, 727 Broad St. is housed on a full city block in the heart of Newark’s CBD and within a Qualified Opportunity Zone. The infill property is across the street from Military Park and three blocks from Newark Penn Station, which provides both PATH and NJ Transit service to Manhattan in under 20 minutes. The JLL team representing the sellers was led by Michael Oliver, Marta Villa, Jose Cruz, Kevin O’Hearn and Steve Simonelli. This property last sold for $2,200,000 in 2014 according to NJ public records.

Housing activists give Cuomo ‘to do’ list before he leaves office