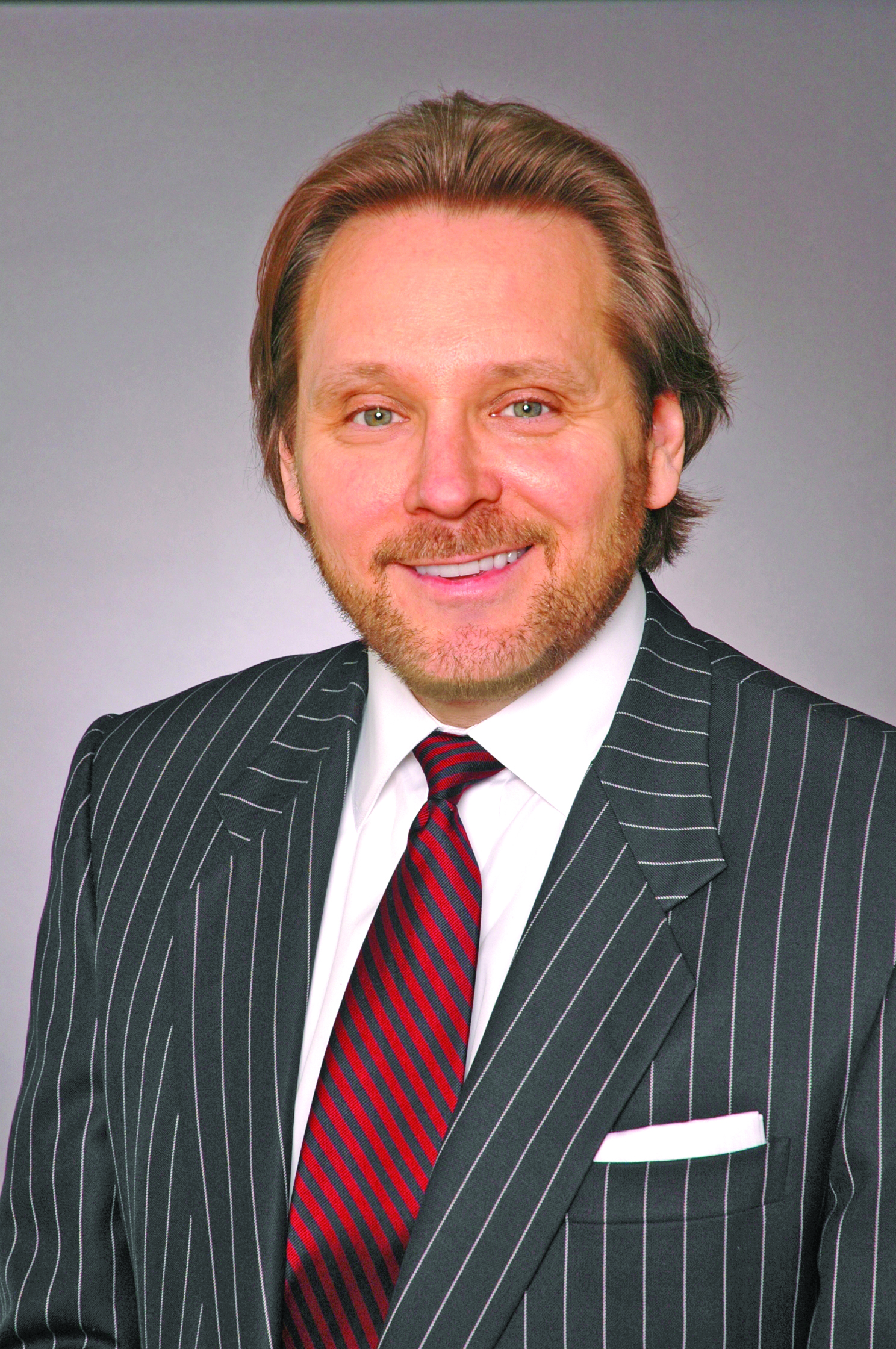 Kalmon Dolgin Affiliates (KDA) has been named the exclusive sales agent for 4605 Surf Avenue, a 13,945 s/f property in the Brooklyn, NY shore side neighborhood of Sea Gate. Nathan Friedman of KDA is the broker handling the exclusive listing. The property is ideal for use as a hotel, rooming house or school. It offers an 80-person dining room, large living room, commercial kitchen, and 14 full bedrooms and bathrooms. A large yard with ocean views, and a full sprinkler system, as well as recent upgrades are among the building’s many amenities.

• The sale of Village Plaza Shopping Center at 218-24 Hempstead Avenue in Queens Village. The asking price is $10,900,000, which equates to $279 psf. The property consists of six buildings that combine for 38,950 s/f on six contiguous lots. There are 26 retail/office units, of which 75 percent are currently leased to strong tenants such as Little Caesars and a regional 99 cents store. Stephen R. Preuss and Brian Sarath are handling the assignment.

• The sale of a 40,139 s/f retail condominium at the base of One Hanson Place along with an adjacent potential development site at 130 Saint Felix Street. The properties are available for sale both individually and together.The retail condominium contains 15,161 s/f of ground floor space, 9,662 s/f of mezzanine space and 15,316 s/f of both usable and storage cellar space. It will be delivered vacant. The site currently has 49 permitted parking spaces and could be developed to residential apartments. Stephen P. Palmese is marketing these properties with Bob Knakal.

• The sale of a historic townhouse at 354 West 11th Street in coveted Greenwich Village. The asking price is $9,500,000. The four-story townhouse is cited as one of the best examples of Greek Revival homes with features such as machine–pressed red brickwork, stoop and areaway with wrought-ironwork, and an entrance with pilasters. It is primed for a single-family conversion according to James Nelson, who is exclusively marketing this property with David Shalom.

• Matthew Cosentino has been retained to sell the multifamily building located at 798 Knickerbocker Avenue, between Halsey Street and Eldert Street, in Bushwick. The brick building just underwent a full gut renovation. It has five vacant, fully renovated, free market condo-quality apartments. It has a projected income of approximately $140,000 when fully occupied, which equates to a 5.4 percent CAP rate.

• Ofer Cohen, Melissa DiBella Warren, Dan Marks, Peter Matheos, Michael Hernandez and Joseph Terzi are representing the seller of a conversion opportunity at 154 Hicks Street, between Pierrepont Street and Clark Street, in Brooklyn Heights. The asking price is $5,750,000. Currently there is a five-story residentially zoned single room occupancy building on the site. The property will be delivered completely vacant.

• A development site at 371 Lincoln Road in the Prospect Lefferts Gardens neighborhood of Brooklyn. The 20 by 100 ft. site is zoned R6/C2-3 and is located between Nostrand Avenue and New York Avenue. The current proposed plans call for a six story, five unit building and a total of 6,774 gross s/f. The plans call for floor through units and a duplex penthouse. Peter Matheos is handling the assignment.

Jesse Cirolli-Quinones and Greg Corbin of Besen & Associates have been exclusively retained to market the building located at 1165 Broadway, on the corner of Corner of Kosciusko Street and Kossuth Place in Bushwick, Brooklyn. The property is a single-story, 86 x 150 ft. commercial building occupied by three retail tenants. It was built in 2005 with the intent of future expansion and steel structural supports to accommodate additional stories. Existing air rights allow for construction of an additional as-of-right 15,000 s/f residential or 30,000 s/f community facility (i.e. daycare, medical office etc). Existing leases with current retail tenants allow for mid-lease construction. Asking price is $7,900,000.

A joint venture between Red River, Chestnut Development Partners, Angelic Real Estate and DW Energy has bought Decker Hills, a two building, 95,875 s/f office property in Irving, in an off-market deal for $6.5 million. Debt Financing and the equity investment partnership with Chestnut was arranged by Manhattan-based Angelic Real Estate. Red River, also based in New York, led the acquisition and will be the asset manager. The partnership plans to renovate the property by upgrading the lobby and restrooms and has hired Interprise Design to execute the project. Angelic Real Estate sourced the acquisition and financing from a local bank.  Gabriel Silverstein oversaw the Angelic team, which included Angel Silverstein, and also Louis D’Lando of the company’s Boca Raton, FL office.
•••
CBRE Group, Inc. announced the sale of 1600 Boulevard in Seaside Heights, NJ, a 13,160 s/f property that is currently absolute triple net leased to CVS. Charles Berger, Elli Klapper and Susan Branch of CBRE’s Investment Properties Group served as the exclusive agents for the out-of-state seller. Maurice Nieman of CBRE’s Net Lease Group in San Diego, C.A. represented the out-of-state buyer. 1600 Boulevard, which was fully renovated due to damage from Hurricane Sandy, is leased to CVS with a corporate guarantee and 15 years remaining on the lease term.

• An eight-unit apartment building at 238 Stockholm Street, between Knickerbocker and Irving Avenues, in Bushwick. The four-story 1930’s building has a brick exterior and the eight two-bedroom apartments. The sale was brokered by EPIC’s Yona Edelkopf and Justin Zeitchik for $2,100,000.

• 559 Seneca Avenue, Queens, a three-story, walk-up with six apartments was sold for $1,150,000. Most apartments had been recently renovated with exposed brick and modern kitchens. Baruch Edelkopf brokered the sale with Yona Edelkopf and Mike Rybinskov.

• 673 Halsey Street, Brooklyn, a vacant brick building, sold for $1,360,000. The three-story walk-up has four box-style apartments with approved plans to convert to a six-family home. The building is subject to reduced real estate taxes, currently receiving a basic school tax relief (STAR). EPIC represented both sides of the sale of 673 Halsey Street. Yuriy Ustoyev represented the seller while Yona Edelkopf and Chris Kim represented the buyer.

• 100 Eagle Rock Avenue, a 90,000 s/f, class A office building in East Hanover, was sold in a transactions brokered by Andrew Merin, David Bernhaut, Gary Gabriel and Andy Schwartz. The seller was a locally based investment fund. The buyer, 100 Eagle Rock Venture LLC, is an affiliate Bergman Real Estate Group. The three-story building was constructed in 1988. The property was approximately 85 percent leased at the time of sale.

Friedland Realty Advisors, formerly NAI Friedland, announced that Ross Schneiderman and Atanu Bhattacharjee, with the assistance of Nick Hrvatin, have sold the landmarked building at 11-13 East Main Street in Mount Kisco, NY to Mount Kisco Sports/ The sale price was $1.7 million. The 10,000 s/ft property was sold by Elon Inc., which used the space as a showroom for its family-owned tile and stone business.

GFI Realty Services, Inc. announced the sale of 2036 Cruger Avenue, a six-story elevator apartment building in the Pelham Parkway section of the Bronx, for $6.4 million. This represents a record price for the area of $152,380 per unit, or $240 psf. This multi-family property consists of 42 apartments and was constructed in 1938. Josh Orlander represented the seller and the buyer in this transaction, both of whom are local investors.

TerraCRG announced that Adam J. Hess closed on the sale of a three-building package located at 608-612 Flatbush Avenue, Prospect Lefferts Gardens, Brooklyn. The sale was handled by Hess and his team, Sam Shalumov, Chris Pechlivanides and Edward Setton. The three contiguous buildings have 21 residential units and three commercial spaces. The buildings sold for $4,750,000, which equates to $284 psf, $197,917 per unit, and a 5.3 percent CAP rate. A 1031 exchange buyer purchased the properties.

Urstadt Biddle Properties Inc. announced that a wholly-owned subsidiary had completed the purchase of a 51 percent equity interest in a joint venture that owns the McLean Plaza Shopping Center in Yonkers, for $7.8 million. The purchase price was subject to the company assuming its share of a $2.78 million first mortgage payable that encumbers the shopping center. The seller is an affiliate of The Great Atlantic & Pacific Tea Company (A&P), which is an existing tenant. In conjunction with the purchase, A&P modified its lease and extended the initial term until 2034. The remaining 49% of the joint venture continues to be owned by entities owned by the two real estate families that originally developed the shopping center with A&P. Willing Biddle, CEO of Urstadt Biddle, and James Aries, director of acquisitions, made the announcement.

Rosewood Realty Group announced the sale of 1539 Park Place in Crown Heights (between Buffalo and Rochester Avenues) for $5.125 million. The four-story, walk-up apartment building consists of 34 apartments and an antenna. It sold for 12 times the rent roll. The 34,975 s/f building was built in 1910. Aaron Jungreis represented the buyer, 1539 Park Place LLC, a private investor, and David Berger represented the seller, Park 1539 Realty LLC.

• The corporation shares of a mixed-use building at 47 Clinton Street on Manhattan’s Lower East Side, were sold for $5,000,000. The five-story building contains two stores, five rent stabilized apartments, one free market apartment, and two vacant apartments. The sale price equates to approximately $519 psf. In situations where property is held in a C-Corporation, if the owner sells the corporation vs. the real estate, they avoid double taxation. In this case, the seller sold the C-Corp and ultimately netted more proceeds than if they sold fee simple, said Massey Knakal’s Michael DeCheser, who exclusively handled this transaction.

• A retail condominium at 25 Prince Street, in Manhattan’s NoLIta neighborhood, sold for $4,300,000. The ground floor retail condo contains 573 s/f plus 50 percent of the basement space. The sale price equates to approximately $7,504 psf. Robert Burton represented the seller with Hall Oster. Paul Popkin of The Popkin Group represented the purchaser.

• A development site at 214-11-13 35th Avenue, in Bayside Queens, sold for $3,150,000. The site is a 19,500 s/f vacant lot half-block from Bell Boulevard. It holds 17,550 buildable square feet with a community facility bonus. The sale price equates to $180 per buildable square foot. Stephen R. Preuss exclusively handled this transaction.