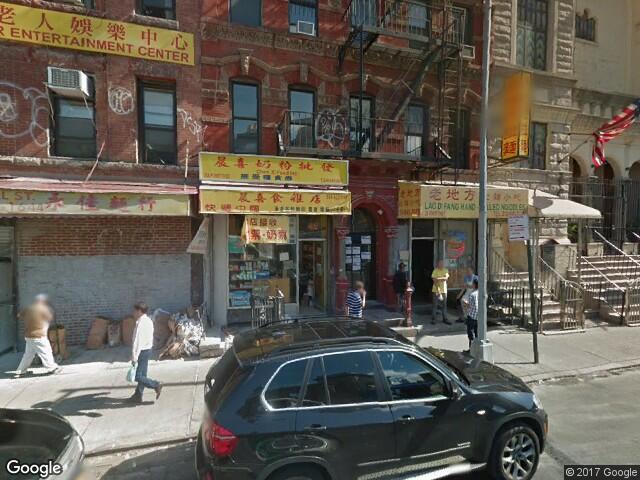 Friedman-Roth Realty Services announced that it has been appointed exclusive broker for a Lower East Side mixed-use building located at 148 Forsyth Street.

The mixed-use property, located between Rivington Street and Delancey Street, is a five-story building with 8 apartments and 1 store.  The asking price is $6,200,000. Friedman-Roth’s Gil Avni is handling the sale.

Angel represented both parties in this off-market, sale-leaseback transaction.

Founded in 1924 in Bridgeport, the Moore Tool Company manufactures a complete line of jig grinders and precision tools. Collectively the assets are nearly 250,000 SF on 6.46 acres of land, the property boasts multiple loading docks, 47’ ceiling heights, and powerful crane systems.

Ariel Property Advisors announced the sale of 677 Vanderbilt Avenue, a vacant residential building in the Prospect Heights section of Brooklyn. The four-story property was sold for $6.3 million.

Spanning 8,952 square feet, the property was delivered vacant, which presents the buyer with a prime residential conversion opportunity. It is located between Sterling and Park Place, a highly sought-after location just steps away from Grand Army Plaza and Prospect Park.

In addition, R7A zoning provides approximately 3,048 square feet of air rights (as-of-right), however, utilization requires approval from the Landmark’s Preservation Commission since it is located in the Prospect Heights Historic District.

The property enjoys convenient access to some of the borough’s most popular cultural destinations, such as the Brooklyn Museum, the Brooklyn Library, and the Brooklyn Botanical Gardens.

BRC Senior Vice Presidents Stephen Nozza and John Cascio represented the seller, Braha New Jersey Realty Associates, which sold the property for $115 per square foot.  The buyer of the property was Snack Innovations, which relocated from Brooklyn, New York.

41 Ethel Road West is a 35,316-square-foot industrial building situated on 4.41 acres, which will allow for future expansion.  The property features 2,000 square feet of offices, 20-foot clear ceiling heights, four tailboards and one drive-in for loading, and 6,000 amps of electric power.  The property is located in close proximity to Route 287 with connections to the New Jersey Turnpike, and Route 1, as well as the Garden State Parkway.

Eastern Consolidated has arranged the sale of a newly constructed, one-story commercial property at 507 West 24th Street that the firm’s retail team leased to the Marianne Boesky Gallery last year. The building located directly beneath the High Line traded for $10.75 million.

The unique, 7,200-square-foot property – with 3,900 square feet on the ground floor and 3,300 square feet on the lower level – stands below the section of the High Line that runs over West 24th Street, just off of the northwest corner of Tenth Avenue and one block north of a High Line access point at West 23rd Street.

The property is near galleries such as the Pace Gallery and Bryce Wolkowitz Gallery and benefits from easy access to the West Side Highway and C and E subway lines. It’s also in close proximity to Chelsea Piers and Hudson River Park and a wide array of cultural, dining, and nightlife amenities.

Gebroe-Hammer Associates Managing Director David Oropeza has arranged four separate sales totaling 170 apartment-rental units and $12.82 million. In each of the transactions, the 30-year investment brokerage veteran exclusively represented the sellers and identified the buyers of the properties, which also included a six-building East Orange portfolio sold for $4.125 million.

GFI Realty Services, LLC announced the $8.45-million sale of 2285 Sedgwick Avenue, a six-story apartment building in the University Heights section of The Bronx. GFI Realty Associate Director Josh Orlander represented the buyer and seller, both local investors, in this transaction.

Located between West Fordham Road and West 183rd Street, the pre-war elevator building is composed of 52 apartments, with a mix of one-, two- and three-bedroom units. In total, the building comprises 58,212 square feet.

The property is situated in close proximity to Bronx Community College and Monroe College, and is just off of West Fordham Road, a commercial corridor lined with numerous local shops.

The seller was Gloria Parish, and the buyer was a group of private local investors.The property is situated in the Bedford Stuyvesant neighborhood of Brooklyn on Putnam Avenue in between Malcolm X Blvd and Stuyvesant Avenue.

The property currently consists of a 3 story walkup apartment building with 2,565 square feet and 4 floor through units, one of which was delivered vacant and other units being on month to month leases. The property is in all original condition and the buyer will look to renovate and reposition the apartments into luxury free market units.

J.G.Petrucci Company, Inc. recently announced the acquisition of an 18.4-acre site on Meister Avenue in Branchburg, New Jersey. The company has plans to develop a 187,500 sq. ft. speculative industrial facility on the site, which will be available for lease in spring 2018.

Joel Lubin, managing director of Jones Lang LaSalle’s Iselin, New Jersey office represented J.G. Petrucci Company in this transaction, and also has been retained to serve as exclusive leasing agent for the property.

The facility will be constructed using precast concrete, which offers many advantages to the end-user. Once completed, the building will feature 31 loading docks, two drive-in doors, and 36’-clear ceiling heights. Parking for 134 cars and 16 trailers will be available on site as well.

This location within Somerset County, and Meister Avenue in particular, is laden with many other industrial and flex facilities housing tenants such as FedEx, Agfa Corporation and SiteOneLandscape Supply. Meister Avenue also is within close proximity to several of New Jersey’s major highways including Routes 22 and 202, and Interstates 78 and 287.

Helios is a 258-unit multifamily property centrally located in the Denver Tech Center, the largest employment center in metropolitan Denver. Less than one-mile from the Belleview Light Rail Station, the property offers residents convenient access to the Belleview Promenade as well as many other notable retail outlets and restaurants.