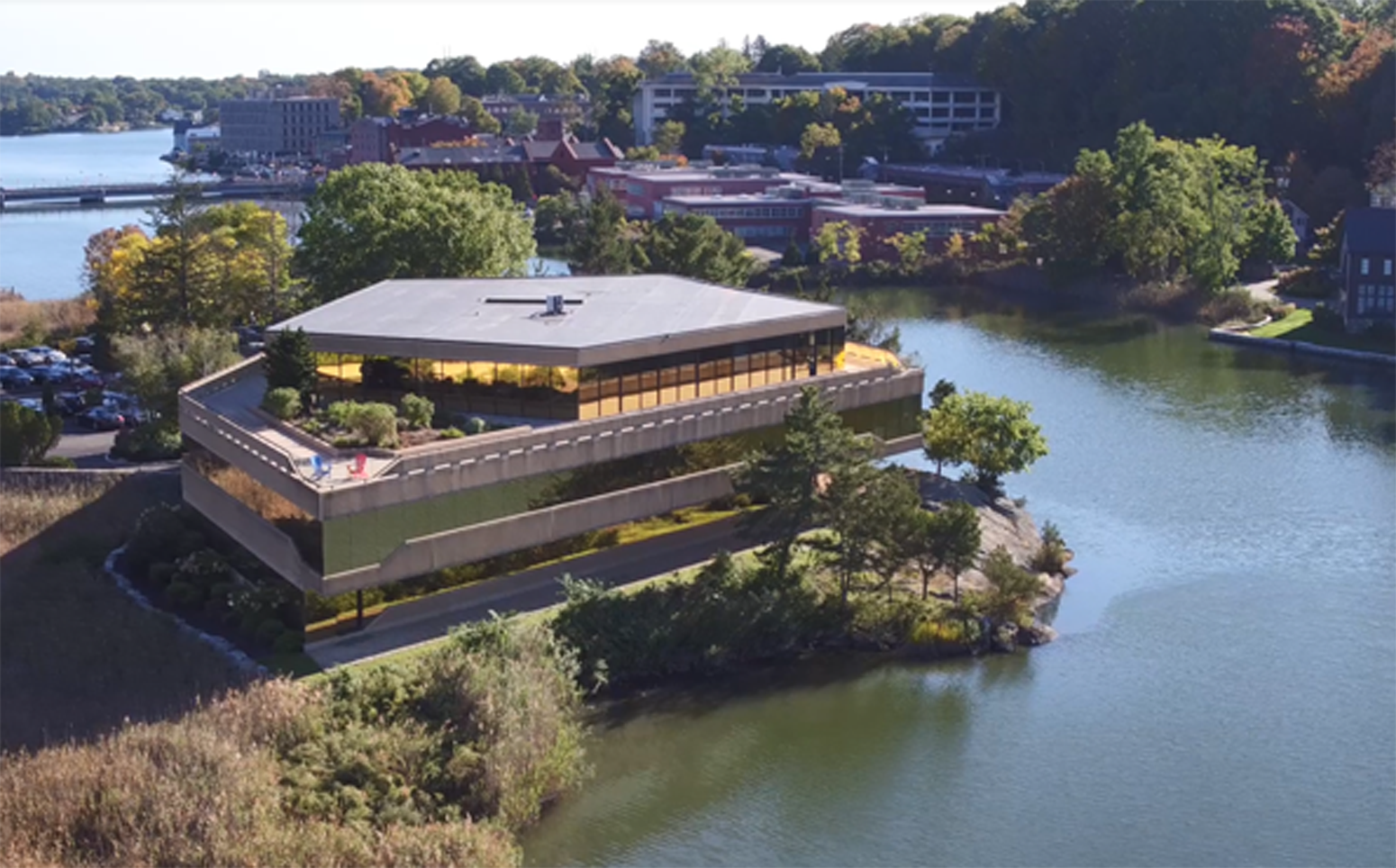 Office building on private island in Connecticut sells for $22 million

Colliers International Group Inc. has arranged the sale of One Gorham Island in downtown Westport, one of Connecticut’s most distinctive office properties for $22 million. The buyer, Maplewood Gorham Island LLC, an affiliate of Maplewood Healthcare, is a current tenant in the building. The sale was orchestrated by Michael Gordon, Enzennio Mallozzi and Matt Mendicino, of Colliers International’s Stamford office. The landmark, 41,000-square-foot building sits on a seven-acre private island on the Saugatuck River.

One Gorham Island was 94 percent occupied during the marketing period, however, at the time of closing was 100% occupied with the immediate renewal and expansion by Maplewood Senior Living and PetVet Care Centers for ten and seven years, respectively.  The building now has no near term roll, with long-term high-credit tenants Maplewood Senior Living, PetVet Care Centers, Bank of America and Team Tankers Management.

“One Gorham Island has consistently been the most sought-after business address in Westport,” noted Mallozzi. “This is the first time the property has traded hands since it was developed by Leo Nevas in the 1980’s. The sales price per square foot represents one of the highest for office property in Fairfield County in recent years.”

Nevas family patriarch Leo Nevas — a lawyer and philanthropist who represented the late actor Paul Newman, in his business, charitable and personal matters for more than 40 years — passed away in 2009 at age 97. Nevas was involved in charitable work in Fairfield County and around the world. He was instrumental in starting the Fairfield County Community Foundation. Nevas left his real estate holdings to his children and in particular passed Gorham Island on to his daughter, Jo-Ann Nevas Price. “I am pleased to have been able to upgrade the building and landscaping to be worthy of its location in downtown Westport,” said Price.

“The offer drew considerable interest from 1031 and quality institutional buyers, but at the end of the day one of the existing tenants, Maplewood Senior Living, saw the fundamentals of the property as an excellent fit,” added Gordon. “One Gorham Island is just steps away from Westport’s top-notch restaurants, bars and retail, providing a modern day live-work-play environment.”

“We are proud to be the next family to assume ownership of One Gorham Island,” said Christopher Smith, President & CEO, Maplewood Healthcare. “The property is truly best in class with its irreplaceable location, tenant and seller investments, and our own planned capital improvements will raise the bar even higher. We are certain that One Gorham Island undoubtedly will maintain its competitive position for years to come.”