Interior designer Steven Gambrel has purchased another West Village property, just a half mile from his townhouse on Morton Street.

Gambrel has bought 37 Perry Street for $17.5 million, according to city records.

The four-story building is currently configured as a multifamily rental with four units, but could be turned into a single-family home.

Gambrel posted on his Instagram account on June 18 that he is “excited about a new townhouse project.”

His current home, at 68 Morton Street, is on the market for $8.995 million. He first listed the stately 19th century property last month. Joshua Wesoky and Chad Longmore of The Wesoky Team at Compass have the listing. After buying that property for $3.85 million in 2011, Gambrel put his own touch on the home, redesigning it from top to bottom.

Gambrel founded his eponymous firm, S.R. Gambrel Inc, in 1996. He was honored as one of the best in his field in Architectural Digest’s “AD 100” issue in 2012. The same year, he published a book entitled Time and Place.

News anchor Katie Couric has closed on her Carnegie Hill apartment for $7.785 million. 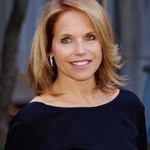 Couric shaved half-a-million off her original asking price, according to Streeteasy, but is now happily ensconced in new UES digs with husband John Molner, so who cares.

She and her late husband Jay Monahan raised their two daughters in the five bedroom co-op at 1155 Park.

Agents will also get to attend classes on the benefits of private aviation, info they can then pass along to clients.

Candace Adams, president and CEO of BHH New England, New York and Westchester Properties, said, “This partnership represents the pairing of two legendary organizations that are part of the Berkshire Hathaway family, and most importantly, will allow us to deliver on our promise to empower our agents and continue to provide the very best service to our clients.”

NetJets has the world’s largest fleet of private jets and access to airports in 150 countries.

In search of happiness, Ferrara finds her professional calling