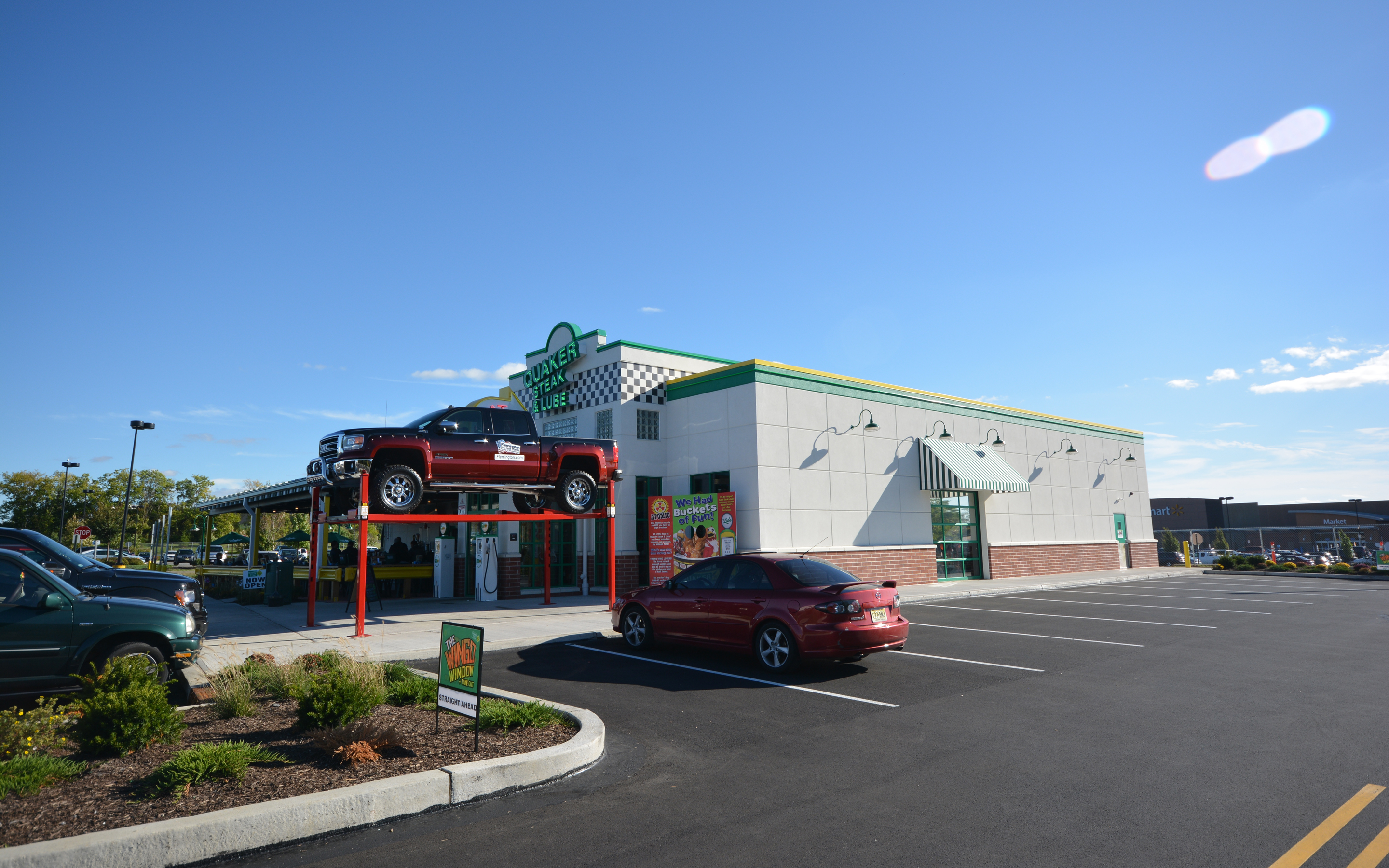 Marshalls/HomeGoods and Quaker Steak and Lube have joined the 562,000 square foot shopping center located at the intersection of Route 22 and Greenwich Road, 1/2 of a mile northwest of Interstate-78 off of Exit 3.

Marshalls/HomeGoods held their grand openings on September 18th and occupy 42,430 square feet of a redesigned building where Walmart operated before expanding to a Supercenter in NRDC’s adjoining Pohatcong Plaza II.

Each store features their own distinct entrance with convenient pass-through access allowing customers to cross shop between the two stores. A 56,000 square foot Hobby Lobby just opened in this building in early July.

Its interior décor features three Harley Davidson motorcycles on display along with a snowmobile suspended from the ceiling, and a 2014 Camaro SS placed at the entrance.

“We thank Pohatcong Township Mayor, James R. Kern and the Pohatcong Planning Board for their support in accommodating our redevelopment plans for these new tenants,” said John G. Orrico, President of NRDC.

“Pohatcong Plaza’s exceptional tenancy and superior access from busy road networks such as I-78 and Route 22, positions the center as the key regional shopping destination in the area.

Shoppers from throughout the region will benefit from the new retail selections and contemporary dining options that are available at Pohatcong Plaza.