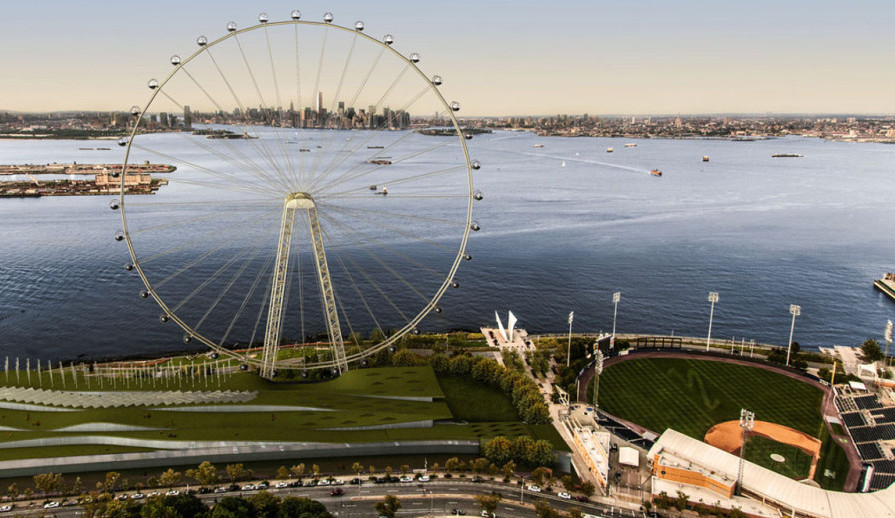 Staten Island’s time as the forgotten borough may soon be coming to an end, and that’s just fine with at least one of its residents.

“I think, personally, that it’s really great,” said Jovi Villavicencio, who lives just a few blocks away from the St. George Terminal of the Staten Island Ferry.

Villavicencio, who works as an executive assistant at Columbia University, was referring to a slew of tourist attractions coming to the borough such as the New York Wheel, Lighthouse Point and Empire Outlets.

She has a sunny outlook on Staten Island over the coming years. Villavicencio, who’s lived in the area for the past two years, said that she hopes the borough would more closely resemble Manhattan.

“I hope that it would be more urbanized, sort of what Manhattan feels like. Hopefully, we get more restaurants and more stores. I’m guessing there’ll be more people. And there’ll be more convenience. You won’t have everything so far,” she said.

While stronger interest in Staten Island may come with side-effects such as higher prices for renting or buying homes, Villavicencio said that she’s not worried.  “It does not, no. I’m fine with my rent,” she said.

Nonetheless, there are indications that Staten Island residents who are looking to sell may turn a hefty profit. Property prices are already going up in the borough even though the New York Wheel and other projects are still years away from completion.

According to Lester Petracca, the president and CEO of real estate development firm Triangle Equities, this trend is likely to accelerate once Staten Island’s new attractions are built.

“I think the north shore of Staten Island will absolutely increase in value, definitely,” he said.

Petracca’s firm is currently building Lighthouse Point, a $200 million mixed-use development that sits on a site listed on the National Register of Historic Places.

The project broke ground last week and is currently on Phase I, which involves the construction of a 12-story residential building with 112 units. During this part of the process, Triangle will rehabilitate four historic sites, which will give way to 23,000 s/f of restaurant, office and hospitality space. The space will be built along with a 145,000 s/f hotel that contains 174 rooms.

Last February, shared workspace provider Regus signed on as an anchor tenant for Lighthouse Point, taking 30,000 s/f of the 65,000 s/f of the dedicated retail and office space in the property. According to Petracca, the project has been in the works since 2006. However, it was held up because of the “tremendous” number of permits required.

“It’s because of the number of approvals that are required. There’s just a tremendous number,” he said.

Once it’s built, Petracca claims that the project, along with the New York Wheel and Empire Outlets, would give the local economy a boost.

Michael Slattery, REBNY’s senior vice president for research, said that the projects will heighten economic activity in Staten Island. However, its reach is very limited.

“I don’t see it spreading further south. I mean, not as a result of those activities,” he said.

In spite of what may be localized economic development in Staten Island, the area is longer be a good destination.

“I think you always want to buy before it becomes public information. I think once they become known, property owners incorporate those, the anticipated benefits, into the value of the site. How much you can increase prices based upon anticipated activity is one thing, but certainly, knowing that they are coming that certainly influences the value of the site,” Slattery said.