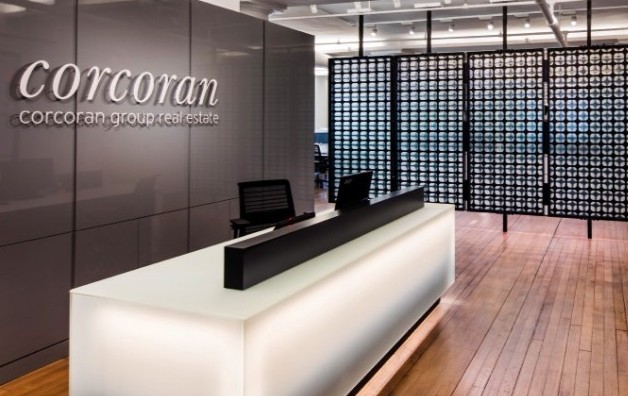 A former hedge fund executive, Martov relies on more than people skills. He also possesses a unique grasp of the real estate industry because of years he spent analyzing every transaction down to its smallest components.

“Working for a hedge fund, it’s basically everything is an Excel spreadsheet, everything is about dollars and cents and maximizing profits. So I know the ins and outs of every real estate transaction,” he said.

“On the back end, I know what the cost of brick is, how much every single house would cost to build and especially how to acquire it at the right price. So having that knowledge, I’ve included that into my real estate brokerage career.”

Martov, who started his real estate career with Corcoran in 2004, left the industry for about eight years. He worked for Spartan Commodity Fund, a hedge fund that specializes in commodities and real estate.

Early on, he began to divide his time between open houses and the trading floor. While many people leave real estate after being disillusioned by the industry, Martov said that he never lost interest in the profession. He said he was simply given an offer that was too good to refuse.

“I had a shift at the trading floor and basically, a year into it they offered me a full-time job. When they told me how much money they were going to pay me, I was just like, “Wow! You guys are going to pay me that much money?” he said.

It’s only two years since he returned to real estate and Corcoran full-time. However, he’s already seen many changes.

“How competitive it is,” he replied when asked what surprised him about the industry upon his return.  “One of the developers that I worked with, and I’ve done a lot of sales for him, he called me to sell a house on Sunset Park, at 235 51st Street. Basically, I walked into his office suspecting that he had a listing. I walked into his office; there are three other Realtors from big companies sitting there. One’s from Elliman, another person from Compass and then there was somebody from Ryan Serhant’s team from Million Dollar Listing. Basically, at the same time, he just goes like: ‘Alright, everybody tell me why I should give you the listing and what are you going to do differently?ʼ”

Martov got the account and when it came time to sign contracts, with an agreed upon price of $1.745 million, he claimed the price per square foot record in the neighborhood.

The Brooklyn native has replicated the feat in other parts of his hometown. He attributed such achievements to a sort of over—arching personal philosophy.

“Trust is not easily earned, but it is easily broken,” he said. “Everything that I do, honesty and trust is my first priority. Instead of telling somebody something unrealistic… I mean, everybody today that you speak to that has a studio apartment, they think it’s worth a million bucks. Some people tell people what they want to hear. I tell people the truth.”

While some may see honesty as a liability in such a cut-throat industry, Martov said his truthfulness has not yet resulted in any harmful side effects.

“I had two clients who were unrealistic with their expectations. They had a number set in their mind and then spun their wheels with another broker who told them what they wanted to hear. But they ended up calling me back in three or four months saying ‘Mark, you were right. We should have listened to you in the beginning.’”

Looking back at the past decade or so, Martov is pleased to have escaped a Microsoft Office-based plane of existence.

“I like what I do. It’s much better than being at a hedge fund where you’re either at a trading floor or in your office looking at Excel spreadsheets. I literally wake up every single morning with a smile on my face,” he said.