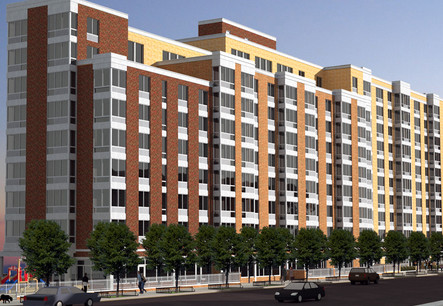 It seems like affordable housing is everyone’s number one priority until there are plans calling for it to be built in their neighborhood. At that point, we’ve witnessed a litany of objections—the building is out of scale with the neighborhood, the affordable units aren’t affordable enough, the new development will change the character of the neighborhood.

In a spirit of camaraderie, other elected officials join in the local opposition to the new development virtually assuring that an affordable housing project won’t be built in their neighborhood.

Based on our experience, affordable housing is the city’s number one priority in principle, but in practice it doesn’t make the top three.  New York’s affordable housing crisis can only be addressed by increasing our production of new housing.  Preservation is important to maintain the quality of our existing inventory of affordable housing, but we will need approximately 200,000 additional affordable units if we are to close the gap between the number of households at median income and the number of existing units at rents they can afford.

By 2030, New York’s population is expected to exceed 9 million and the pressure on our existing inventory will be exacerbated. Unless we rapidly and steadily produce more housing every year—affordable and market rate–our inadequate supply will become even more scarce and more expensive. It is imperative that elected officials and community leaders support critical projects, especially those with an affordable component, that will address our seemingly intractable housing crisis.

Unfortunately, the recent track record is disappointing to say the least.

Recently, elected officials worked to block affordable housing projects in both Inwood and Sunnyside (pictured top). Earlier this month, a project to build market rate housing on Sutton Place which funded the creation of affordable housing in this community, was hamstrung by a well-connected, wealthy group of residents seeking to protect their million dollar views of the East River.

We can now add a new entry to this troubling trend. In Two Bridges, two local officials have threatened to slow the development of three residential towers which include affordable housing. This action appears to be the first step in an effort to block the project altogether.

Most alarming about this effort is that the local Councilmember with the full support of council colleagues and other elected officials changed the rules for themselves so they could change the zoning rules and stop these projects.

These actions should alarm all New Yorkers concerned with the future growth of our city. New York’s success and vitality has been, in part, the product of as of right development which has been the foundation of both the 1916 and the 1961 zoning resolutions.  To establish in law a mechanism which would undermine as of right development will be a serious deterrent to new development and building the housing our city needs.  The simple fact is that we need more housing—affordable and market rate. There is no way around that reality.  The politics of the day, based on our recent experience, will ensure that our housing crisis continues unabated.

This year, the apartment vacancy rate sits at 3.8 percent – lower than the national average, sending a clear signal that demand far outpaces the supply. This market reality leads to increasing rents and makes our problems more severe. The unavoidable public policy challenge for our elected officials is to ensure that our new supply grows robustly and meets our unrelenting demand for new housing. It is clear that we need to build more housing, not less and build it sooner, not later.

When completed, the Two Bridges project would create almost 700 units of affordable housing in the area that is  located just a few blocks away from the major transit hub at Fulton Street.

This type of development is an  example of sound urban planning. It creates needed affordable housing units with a mix of market-rate rentals that will help address housing scarcity in a transit rich location.

And yet some city officials, driven by parochial concerns, are trying to stop the project.

If these efforts are successful, it will become even more difficult for low-and-middle income New Yorkers to find an affordable place to call home. Elected officials must take steps to ease our housing crisis, even if it means taking a political risk in standing up to the ‘Not In My Back Yard’ crowd.