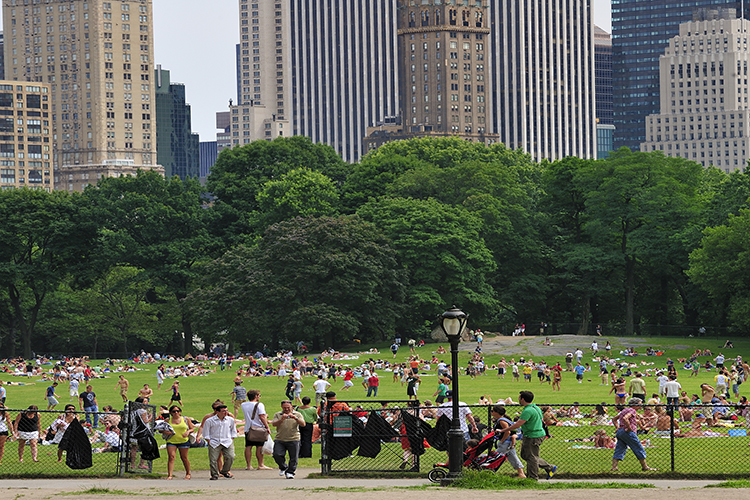 There is perhaps no threat more urgent than climate change. That’s why we have fully supported the City’s goal to reduce carbon emissions 40 percent by 2030 and 80 percent by 2050.

With its vote later this week, the City Council will take New York City and its future down the wrong road.  First, the legislation will not achieve its stated goal of a 40 percent reduction in greenhouse gas emissions by 2030.  For a piece of legislation that purports to be the most ambitious carbon reduction bill ever passed by a city, it actually exempts more than 50 percent of New York’s built environment from its requirements. Churches and synagogues, buildings with at least one rent-regulated unit, and income-restricted coops are all carved out of the bill leaving mostly market-rate housing and commercial buildings to shoulder the entire burden of what is undeniably a shared societal problem.

Second, the “Green Buildings” bill is a repudiation of decades of public policy designed to promote job growth and housing production to address a growing population for New York City.   The bill discourages density and will reward periodically-occupied vacation homes over co-ops and rental housing. It will encourage self-storage buildings with scarecrow staffing needs over energy-intensive tech companies and production studios.

This is because the City Council has decided to pass legislation that imposes rigid caps on carbon emissions from buildings over 25,000 square feet.  This approach with fixed limits will restrict a building’s ability to accommodate more people. The more people in a building, the more energy will be consumed and the more likely the building will exceed the hard cap.  A convincing business case could be made that to comply with hard caps, an owner is better off turning a building into a storage facility rather than filling it with workers. If building owners don’t want to rent space to tech, media production companies, or other businesses that use a lot of energy, New York will have less jobs and less tax revenue to spend on city services.  And these jobs and companies will relocate elsewhere.

In fact, the legislation is not an energy efficiency measure. Some of the City’s most sophisticated and environmentally sensitive buildings will pay annual fines under the Council’s approach.  On the other hand, it encourages bad actors because anyone who wants to run air-conditioning around the clock would not face penalties provided the total amount of energy used doesn’t hit the emissions limit.

The City Council could have chosen an alternate approach.  The City Council dismissed a workable plan that enjoyed the support of a broad spectrum of stakeholders including environmental organizations, labor, engineering professionals, housing advocates and real estate owners. The alternate plan would have imposed achievable periodic building energy percentage reductions that would result in the overall goal of 40 percent carbon reduction by 2030. If building owners and their tenants missed the reduction goals, significant financial penalties would be imposed.  Interestingly, last week when the hospital trade association strenuously argued that it would be adversely impacted by the Council’s approach of hard caps, the legislation was amended so that most hospitals would need to achieve annual percentage reductions instead.

Three years from now, when a new City Council is seated, the press releases issued this week cheering the Council’s “bold” action will be long-forgotten and the hard truth will settle in. With so many exemptions and carve-outs, we will be confronted with the fact that our city is off-track from meeting its ambitious 40 percent carbon reduction goal by 2030.   Precious time will have been lost to address our most urgent threat.

How should brokers use the recent changes in New York City Tax Laws to educate their clients and coach them towards successfully reaching their goals? Join Greg Heym, Chief Economist of Terra Holdings, as he details the tax changes and second quarter findings this Tuesday, April 23rd from 10:30 a.m. to 12:00 p.m. at REBNY’s Mendik Education Center. Hear from Vickey Barron of Compass and Antonio del Rosario of Brown Harris Stevens as they discuss how they use this information to help their clients. Register now: go.rebny.com/TaxChanges-Heym

New commercial real estate professionals: key into new connections at REBNY Access to shape your career. Hear from Christopher Bledsoe, Co-Founder and CEO of Ollie, in conversation with one of our recent Most Promising Commercial Salesperson of the Year Award winners, Will Conrad of Cushman & Wakefield, this Wednesday, April 24th from 6:00 to 8:00 p.m. at The CUBE (29-22 Northern Boulevard, 2nd Floor). Christopher will share the genesis of his idea for co-living, challenges along the way, new products, and plans for the future. Build a long-lasting network of industry colleagues, become well-versed in an ever-changing market environment, and gain access to key industry professionals via REBNY membership and benefits. Register now: go.rebny.com/AccessWithOllie

Continuing Education: Position yourself to successfully do business in an energy efficient New York City through our inaugural for-credit course designed for brokers who want to gain competitive advantage in real estate sustainability. On Tuesday, May 14th from 9:00 a.m. to 5:30 p.m. at REBNY, Chris Brown, Director of Private Sector Engagement at the Institute for Market Transformation, and other industry experts will walk you through the ins and outs of how to be a high-performance buildings broker. Register now: go.rebny.com/SustainableBroker