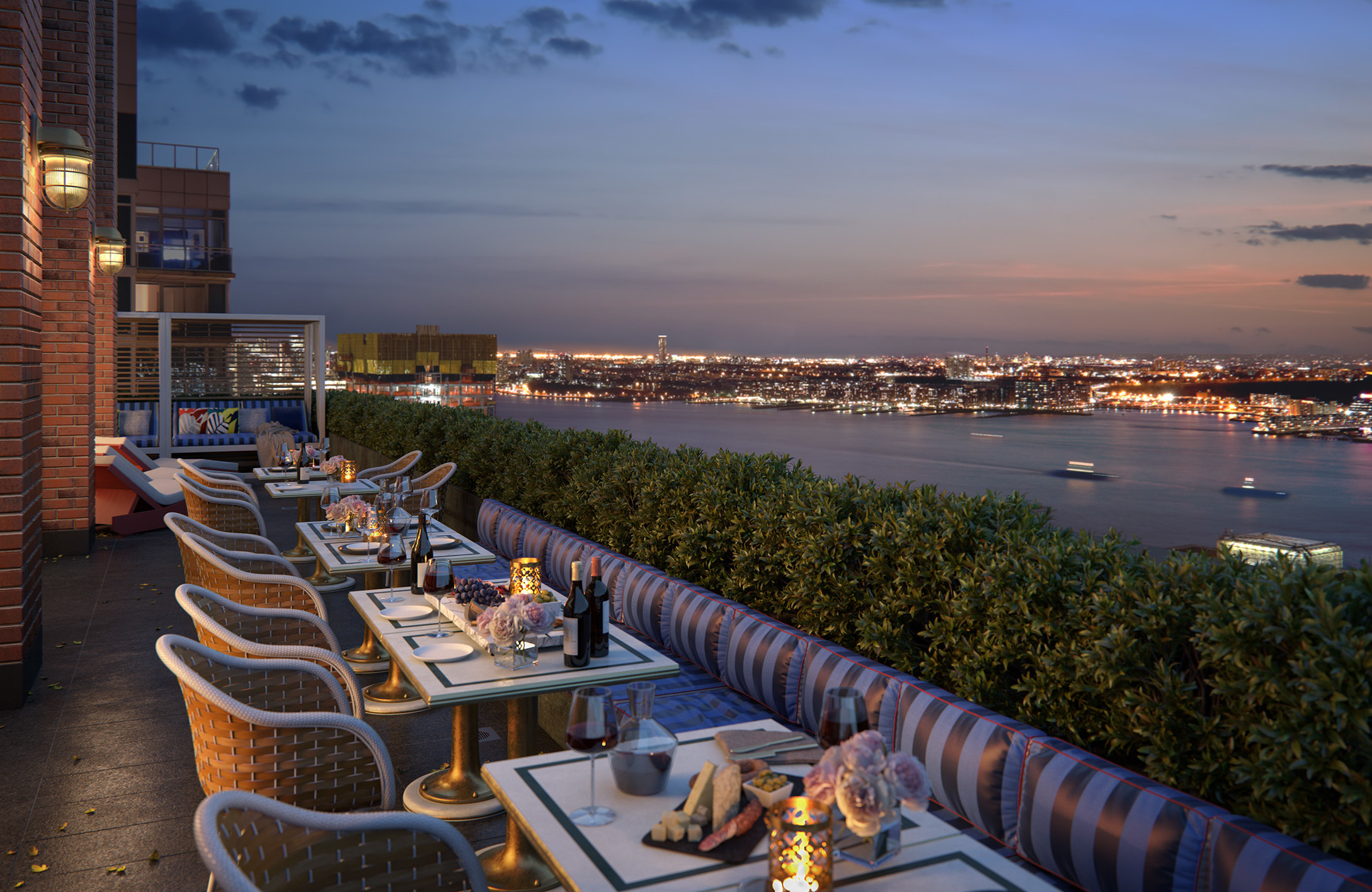 Soho Properties has begun sales at 45 Park Place, a collection of contemporary loft and tower residences in Tribeca.
Designed by interior designer Piero Lissoni and architect Michel Abboud of SOMA, the homes and being marketed by Stribling Marketing Associates, with a team led by Elizabeth Stribling and sales directed by Sean Murphy Turner and Mary Ellen Cashman. 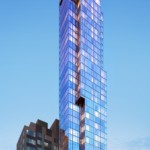 “We are proud to be working with such an extraordinarily creative design team and excited to see 45 Park Place coming to fruition,” said Sharif El-Gamal, chairman and CEO of Soho Properties.
The tower is Lissoni’s for his first New York residential condominium development.
Other artists involved in the conception of the residences include Michel Abboud of SOMA as the design architect and Ismael Leyva as the architect of record.
The tower’s plaza, garden and neighboring proposed future museum will be designed by world renowned architect Jean Nouvel.
Lissoni designed a double-height, 24-hour attended lobby and garden, a 50-foot indoor pool and spa, a resident’s club, fitness center and yoga/barre studio as well as a children’s playroom.
Lissoni and Abboud created three distinct residential collections: the Loft Residences, encompassing floors 6-23, and the Tower Residences, on floors 24-39, and two duplex Penthouses at the top of the tower.
Construction commenced at 45 Park Place in June 2016 and is expected to be completed in early 2019.

116 University Place, developed by KD Sagamore Capital and Ranger Properties, has made its debut on the marketplace.
The boutique condominium building on the corner of 13th Street and University Place features five full-floor corner luxury condominiums, including a penthouse with a private roof terrace.
The building is designed by Morris Adjmi Architects, whose other marquee projects in New York City include the Wythe Hotel in Williamsburg and numerous well-regarded condo projects in Manhattan. 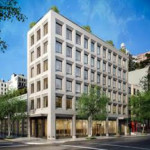 Residents enter directly into the full-floor residences through a private elevator. Each corner unit offers over 3,000 s/f of space with three to four bedroom layouts and open floor plans.
Amenities include a full gym and storage units available with the apartments, as well as a shared roof deck with kitchen.
“116 University Place is a sophisticated, intimate building perfectly situated in coveted Greenwich Village, steps away from some of the city’s best restaurants, nightlife, parks and cultural institutions,” said Cathy Franklin of The Corcoran Group.
“The building has a wonderful dichotomy of being boutique and private, and right outside the door is a classic New York scene, full of life and energy.”
Pricing ranges from $7,200,000 for a full-floor residence to $9,950,000 for a penthouse with a private roof terrace. Occupancy will be available in early 2018.

● IMPERIAL CO/ /SHORENSTEIN
Henry Hall making some noise on West Side
Imperial Companies, in partnership with the San Francisco based Shorenstein family, announced the official start of leasing at Henry Hall, an hip and posh rental in the Hudson Yards. 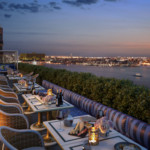 The building will offer a residential option that merges New York’s nightlife and boutique hotel experience with luxury residential living.
Henry Hall – as part of its programming – will debut Delicious Hospitality’s new food and beverage restaurant. The restaurant, bar and lounges will be spread over the building’s first and second floors, in effect making these public areas and Henry Hall’s common spaces – such as the second-floor bar, drawing room and wine room – one and the same.
“Every space, however unique, public or private, is considered an essential part of the Henry Hall story. They become a defining element of the residential experience,” said Eric Birnbaum, Co-Founder and Partner at Imperial Companies.
“So many people would love to live in their favorite hotel or have the City’s newest restaurant be just downstairs – Henry Hall makes that a reality.”
Developed by Imperial Companies, on behalf of the joint venture partnership with Shorenstein, and located at 515 West 38th Street, the site of the former Legacy Recording Studio, the 33-story building offers 225 studios, one and two bedroom residences.
Other amenities include a “jam room,” resident’s club room, private dining rooms and wine room, roof deck, training center as well as exclusive access to Henry Hall Concierge for 24-hour service.
Rents start at $3,200 per month.

Silverback Development announced that it will spearhead the conversion of 67 Livingston Street, a 29-story tower in Brooklyn Heights.
The development marks the company’s entrance into the Brooklyn market.
“Brooklyn Heights is among the most historic and sought-after residential neighborhoods in New York City, so we feel privileged to be able to add to the area’s charm with the development of 67 Livingston Street,” said Josh Schuster, founder and managing principal of Silverback Development.
“We look forward to delivering an architecturally distinct product that is unlike any housing option currently found in Brooklyn Heights.”
The building, which is situated on a 3,404 s/f lot on Livingston Street between Clinton and Court streets, features a thin design and provides unobstructed views of the Manhattan skyline, the Brooklyn and Manhattan Bridges, and the Statue of Liberty.
The area around the property is classified as a “Special Scenic View District,” a zoning resolution designed to protect the views.

Fields Construction Company has announced that construction is underway on a five-story, 63-unit apartment building at 16 Bennett Street in Jersey City.
Fields is serving as general contractor for the development, which includes a mix of market-rate units and apartments reserved for moderate-income residents.
The project is being developed by 16 Bennett Street Urban Renewal LLC, and Casa Blanca Management is the construction manager. 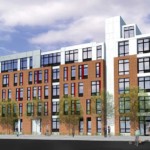 Designed by architecture firm Minervini Vandermark, the building will also feature 3,286 s/f of courtyard space, a 2,178 s/froof deck, and a parking garage. It’s estimated construction will be complete by Winter 2018.
“This is a great example of the type of project that we seek out,” Fields Construction principal Jim Caulfield said.
“It will bring high-quality housing to Jersey City’s West Side, and is creating jobs for a significant number of Jersey City residents.”

Ideal Properties Group announced the launch of Condos on the Hill.
Located in Clinton Hill at 85-87 Ryerson Street, the building is the neighborhood’s newest luxury restoration.
Condos on Hill features seven full-floor two- and three-bedroom condominiums starting at $989,000.
“Situated in Brownstone Brooklyn, Clinton Hill continues to be a neighborhood drawing substantial interest,” said Aleksandra Scepanovic, Managing Director of Ideal, which is marketing the development. 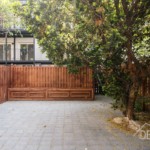 “Condos on the Hil combines the contemporary with the historic and between the modern amenities and outdoor spaces will quickly attract interest.”
The pre-war townhome conversions offer private outdoor spaces, kitchens with stainless steel appliances, white quartz counter tops, java and snow-white stained shaker cabinetry and classic imported beveled-edge subway tiled backsplashes.
Each unit has a washer and dryer either a balcony, patio, roof terrace and/or a backyard.

Greybarn, Long Island’s newest luxury rental community created and developed by Rechler Equity Partners, recently achieved 100 percent occupancy.
Prospective residents will have to wait for the hcompletion of Phase 2 for an opportunity to call Greybarn home.
The second phase of Greybarn, which is expected to be completed by in September 2017, will add an additional 155 luxury one- and two- bedroom apartments to the community.
More amenities will be added following the next completed phase (Phase 3) and will include a community garden, a recreational pool and lap pool, an outdoor barbecue area, a bark park for dogs and a great lawn with a pavilion.