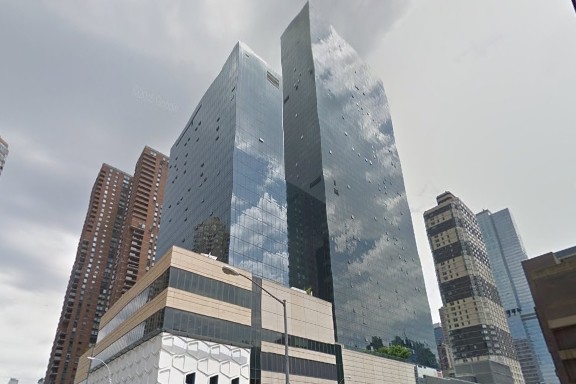 Daria Salusbury has a message for women in her field. If you want to succeed, you need to develop a thick skin

“When it comes to women in real estate, they’re talking about discrimination against women or whatever. I’m either stupid or I’m very fortunate. I don’t believe I’ve been discriminated against. Some people make stupid comments. Okay, it’s a stupid comment, keep on going. You have to be thick-skinned in business,” she said.

Salusbury, who recently established her own firm after spending 25 years as an executive at Related Companies, has little patience for what she describes as “fuss,” saying that she got her seat at the table because she had something to contribute.

“I came with a very specific work ethic. I believe that if you want to succeed in any business, whether you’re a man or a woman, you can’t come and fuss,” she said. “You have to come in and ask: ‘How am I adding to this equation?’
“When I come into a room full of men and I’m the only woman there, to be honest with you, I’d say 90 percent of the time it doesn’t even register. It never registered to me. I came in because I brought a certain skill base.”

That skill set is marketing and branding luxury residential projects. During her time at Related, Salusbury, who was senior vice president for luxury residential leasing, oversaw a rental portfolio of 6,000 units, including Abington House at 500 West 30th Street and the MiMA Tower at 450 West 42nd Street (pictured top).

Salusbury’s expertise in the art of moving high-end real estate is now housed within her eponymous firm, Salusbury & Co. It’s essentially a one-woman operation, with Salusbury getting help from six part-time employees. She said that she left the cozy cocoon of corporate work because her silver anniversary at her old firm made her reassess her career path.

“(Related) had been my professional home, but 25 years is 25 years. I just thought that it was time to do something else. It’s time to go out and work with small developers and up-and-coming architects. People who are looking to get started,” she said.

Nonetheless, what pushed her to realign her trajectory depended on nothing more than a fortuitous statements.

“I met two architects that I highly respect. One was showing me his work and he said, ‘You really should go into business for yourself. There’s no one like you in the business.ʼ Literally, a week later, almost verbatim, another architect said that same thing to me. So I started thinking that maybe I should do it,” Salusbury said.

In spite of the chance encounters that led to her departure from Related, Salusbury said establishing her own firm required ruminating.

“I am not an impulsive person. I don’t make impulsive decisions. There’s always logic behind it. Why am I doing this? Based on what?” she said.
“Being part of Related’s huge success, you don’t leave a company like that on an impulse. I left because I wanted to work with developers and other individuals and create something.”

About four months since going her own way, Salusbury’s career has returned to a state of stasis.  She said her duties are mostly similar to what she was doing at Related, and she is negotiating with people from New York to Baltimore.

She attributes her viability in her field to the way she views what she’s selling. “It’s your home. I never forget that in those four walls, I don’t care if it’s a 400 square foot studio or if it’s a 4,000 square foot four-bedroom, people laugh, they cry and life happens. You have to understand that,” she said.

Who has the courage to stand up for public housing?