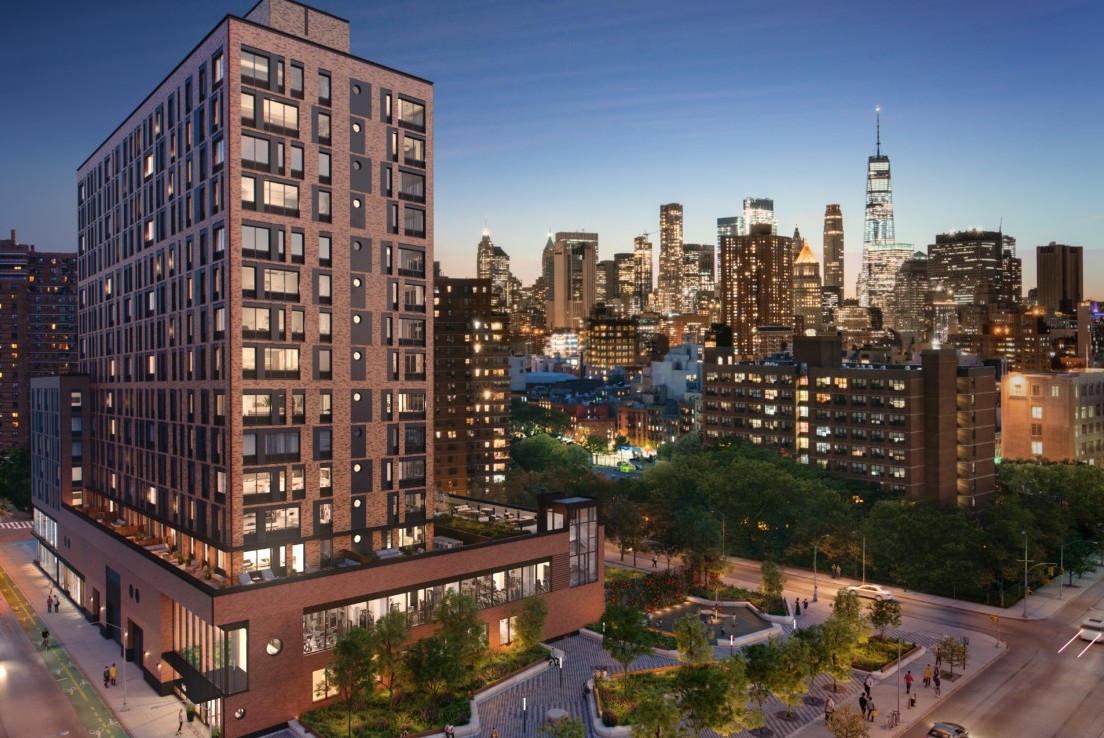 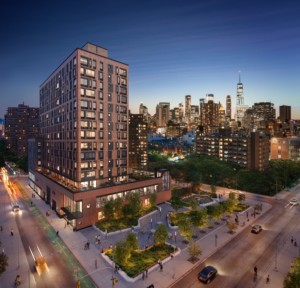 Essex Crossing is being developed by Delancey Street Associates, which comprises Taconic Investment Partners, BFC Partners, L+M Development Partners and the Goldman Sachs Urban Investment Group.
Douglas Elliman Development Marketing is exclusively handling the marketing and leasing for the project from an on-site leasing office, which opened this week.
“The Rollins was designed specifically for residents who want to be right at the heart of the action in a dynamic neighborhood like the Lower East Side,” said Don Capoccia, principal at BFC Partners.
“With a Target and Trader Joe’s downstairs, a new park right outside, The Market Line – one of the largest marketplaces in the world – and a 14-screen movie theater across the street, prospective renters will be hard-pressed to find a building with the array of convenient amenities available to Rollins residents.”
Rollins residents will be among the first renters to move into the nine-site Essex Crossing, which will ultimately include 1,079 apartments and condominiums.
Beyer Blinder Belle designed the Rollins, along with interiors from K&Co.
Residences range from studios to three bedrooms, with select residences featuring private terraces. Prices start from approximately $3,000.
The residences feature stainless steel appliances, Bertazzoni ranges, Bosch dishwashers and Grohe fixtures. Each unit has a washer and dryer.
The building has an attended lobby, concierge, lounge with billiards and shuffleboard tables, a private dining space and meeting room, TV lounge, fitness center and work stations.
Outdoor spaces include a rooftop terrace with dining tables, grills, and elevated garden terrace and landscaped plaza.
The pet friendly tower has a pet spa, along with a children’s playroom and bicycle storage.
The Rollins, at 145 Clinton Street, is named after legendary jazz saxophonist Sonny Rollins, who lived in the 1950s where the building now stands.

Ryan Serhant announced that Greenpoint 282, a new boutique condo has opened and has immediate occupancy available. 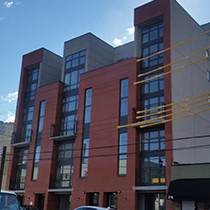 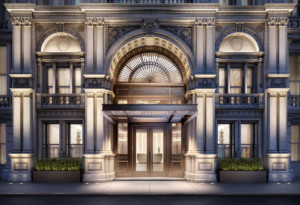 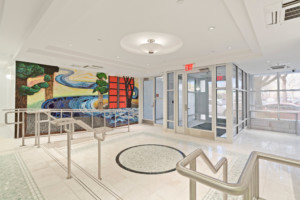 Greenberg, whose mother was pioneering SoHo artist Jane Greer, collaborated with Art in FLUX to commission the mural.
Said Greenberg: “I love this neighborhood — its art, architecture and strong sense of community. Every building has its own story, and with this project I wanted to prove that mixed-income housing with truly affordable condos can be high-quality and beautiful as well.”
70 West 139th Street is a green building designed by Peter Franzese and Jorges Montes De Oca. The eight-story, 64-unit condo building includes 42 affordable apartments for families with incomes between 90 and 165 percent of the Area Median Income (AMI), as well as 21 market-rate residences.
There are 31 one-bedroom apartments, 31 two-bedroom/two-bathroom apartments, and two three-bedroom apartments.
All 64 apartments have wood flooring, solid-core interior doors, and high-end hardware and lighting.
Amenities include an indoor cardio gym and fitness center, virtual doorman, onsite parking for 32 cars plus E-charging stations, secure storage for bicycles, and 54 private storage rooms.
The 2,500 s/f common rooftop terrace has its own elevator landing, electric outlets and an intercom system.

A limited collection of duplex and triplex residences has been released for sale at Gull’s Cove II in downtown Jersey City.
The multi-level residences offer some of the largest layouts found within Gull’s Cove, as well as a number of special features exclusive to the offering.
The two-story duplex homes include private street entrances and 16-foot ceiling heights on the first floor of the two-bedroom floor plans.
The three-story designs feature three bedrooms, oversized balconies and private parking spaces in an enclosed garage with direct access to the home.
The residences are attached to the Gull’s Cove condo building, so residents also have access to the building’s 24-hour concierge and full suite of amenities and services.
Art Johnson, vice president of Liberty Harbor North LLC, Gull’s Cove’s developer said that pricing for the homes starts at $1.408 million.