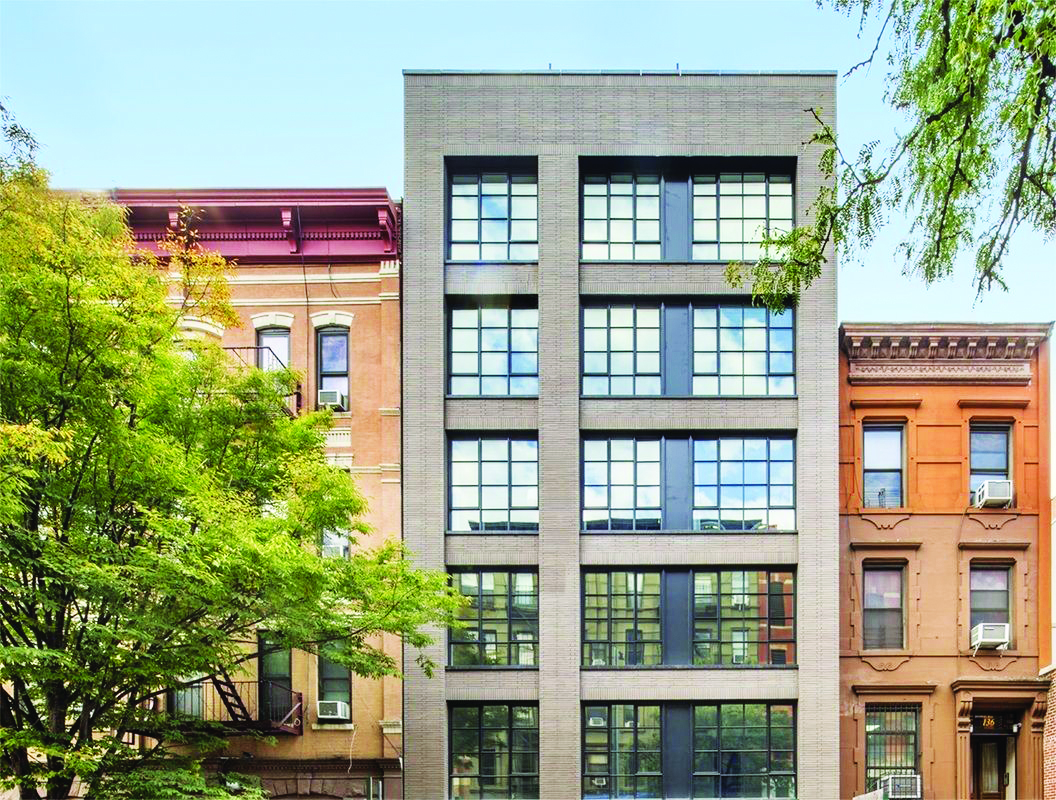 Grid Group has announced that 134 West 83rd Street, its new development on the Upper West Side, sold out.
Designed by David Howell of DHD Architects and located between Columbus and Amsterdam Avenues, the property is comprised of six residences; a duplex maisonette townhouse with a private garden, four full-floor residences on levels two through five, and a duplex penthouse with south-facing private roof terrace.
Sales launched in November of 2018 and culminated in August, 2019, totaling over $28 million after the first contract was signed in March, 2019. With a penthouse listed at nearly $6 million and an average residence price of $4.8M, Corcoran confirmed that the property is the fastest-selling Upper West Side new development since 101 West 87th Street completed its sales program in 2012, as measured by the number of months from launch to sellout.
Nicole Hechter handled sales for the project at The Corcoran Group along with Masayo Hashimoto.
Grid Group’s next major project, launching this Fall in Chelsea is 124 West 16th Street, a 15-unit condominium.

One Harrison, a luxury rental community along the Harrison waterfront that opened earlier this summer has leased more than 70 percent of its units.
“We wanted One Harrison to be a breath of fresh air in the rental marketplace,” said Jonathan Schwartz, a partner at BNE Real Estate Group, which developed One Harrison along with Hornrock Properties.
Located at 1 Harrison Avenue, One Harrison includes studio, one and two-bedroom apartments. Residents enjoy more than 30,000 s/f of indoor and outdoor amenities, shuttle service to the Harrison PATH station, and other features and services. Prices for remaining residences start from the $2,100’s, with immediate occupancy and grand opening incentives still available for a limited time.
Amenities include a 24-hour concierge, five lounge spaces, a two-level fitness studio with yoga and spin room, and a vintage-inspired library with private meeting rooms.
There’s also a pool deck overlooking the waterfront with a bar/lounge, BBQ grills, firepit, a lawn area, and bocce ball court.

Three new model residences have been unveiled at Quay Tower as the luxury condo at Pier 6 at Brooklyn Bridge Park enters the home straight of its sales campaign.
Designed by Marmol Radziner—whose portfolio includes the private homes of Tom Ford and Demi Moore — the building’s 126 apartment interiors feature vibrant and warm designs that mix stone with natural wood.
The three model residences, located on the 15th floor of the 30-story tower, have been carefully with a mix of vintage pieces and contemporary furniture.
Developed by RAL Companies in partnership with Oliver’s Realty Group and Vanke US, Quay Tower is located at the southern end of Brooklyn Bridge Park and offers views over the East River of the Manhattan skyline, New York Harbor and both the Manhattan and Brooklyn Bridges.
The building recently set the record for the most expensive residential sale in Brooklyn with a penthouse combination for over $20 million. Its remaining units range from two- to five-bedrooms priced from $1.695 million. Douglas Elliman is the exclusive agent.

Sales have opened at 200 Amsterdam, the tallest residential tower on the Upper West Side that’s being developed by SJP Properties.
Brown Harris Stevens Development Marketing is exclusively handling the marketing and sales.
The building offers amenities such as a Spa and Club measuring over 20,000 s/f situated across three floors with a 75-foot heated saltwater pool, steam and sauna rooms, a fitness center, golf simulator, pilates and yoga studio. The building also has plus a private dining room, lounge, club room, library, study and children’s performance and playroom. The building also features a separate professional grade, soundproofed rehearsal room for both budding and established musicians. An attended lobby, full-service concierge plus a special membership with Lincoln Center completes.
The 52-story building will rise approximately 668-feet tall, offering unprecedented views of the city skyline, Hudson River and Central Park. It will consist of 112 condominium residences, ranging from one-bedrooms (starting at $2.625 million) to five bedrooms (starting $7.975 million), with eight full floor and two duplex penthouses, all with gracious layouts reflective of pre-war apartment buildings.