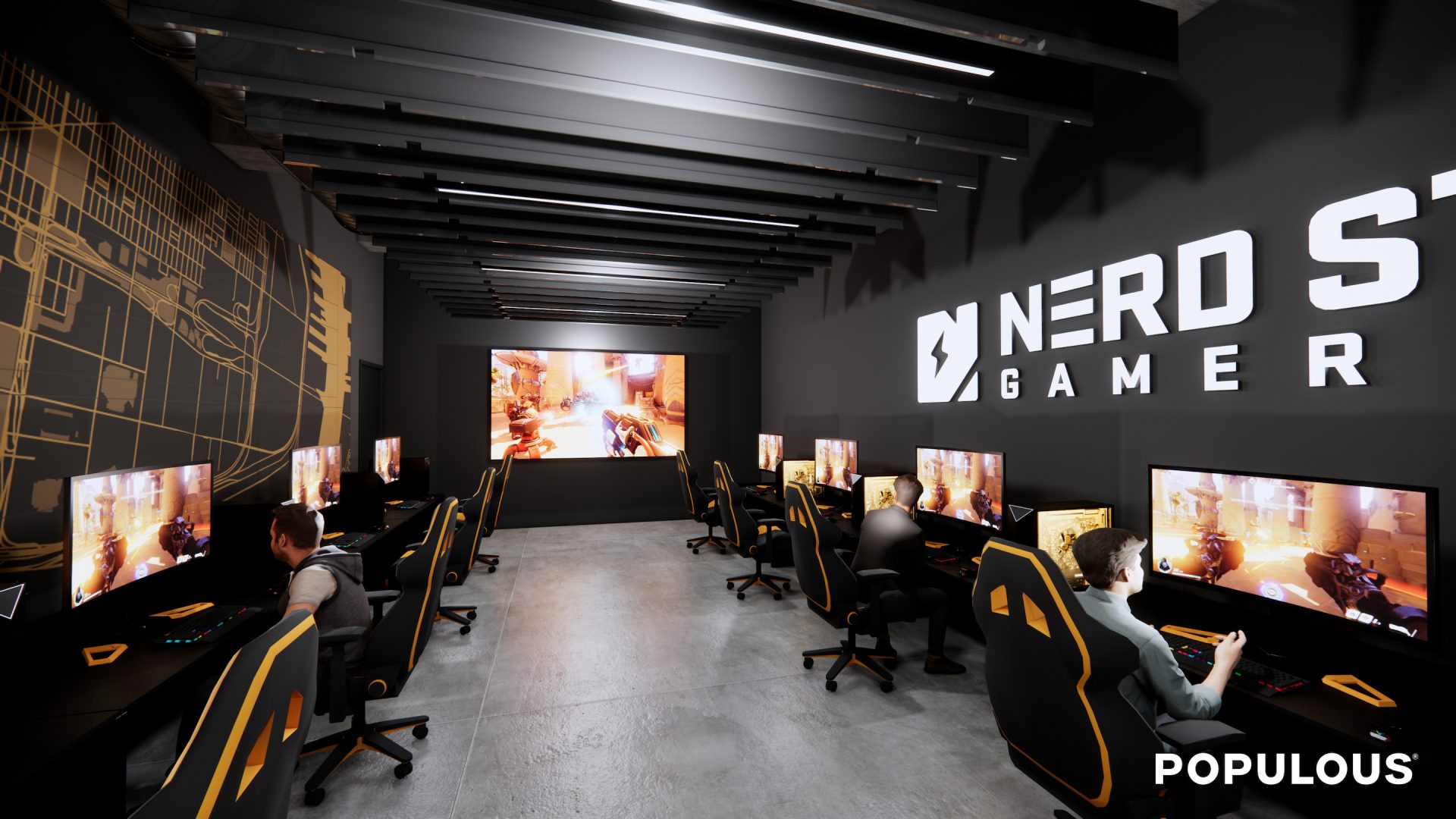 Global design firm Populous has been tapped by Nerd Street Gamers, an esports infrastructure company, to lead its national rollout of Localhost gaming centers, starting with its flagship, “The Block,” a multiple-floor, 40,000 s/fcampus at 401 North Broad Street in Philadelphia, Pa.

The concept is the first of its kind – localized gaming centers open to the public and brought to life all across the United States.

The Block will feature 20,000 s/f of gaming space with high-speed computer systems for gaming and streaming, localized competitions for esports, lounge areas for console gaming, a full-scale broadcast center to stream games on Twitch, YouTube, etc., and areas for food and beverage, retail and esports merchandise.

The Block will also serve as Nerd Street Gamers’ corporate headquarters, for which it will carve out 10,000 s/f and the Fusion Overwatch League will use 10,000s/f for a training center and office space.

“This is a really exciting project for the world of gaming and esports. Localhost brings access to communities in a way that has not been done before, and The Block will serve as a beacon for this new type of facility coming to market,” said Brian Mirakian, Esports Director for the Americas and Senior Principal at Populous.

“As the worldwide esports landscape grows and evolves, we have the opportunity to bring people together in venues, across all scales, built for the purpose of gaming. Partnering with Nerd Street Gamers, one of the industry’s most innovative companies, has allowed us to explore the future and reach new heights in developing a top-quality experience for today’s gamers.”

The Block has arobust technology backbone that supports the facility. When talking about competitive gaming, you must have the right equipment, and many people across the country don’t have access to this high level of computer speed. The Block’s LAN Center allows residents of the community to come in and take advantage of its multiple long-haul and metro fiber routes which support a near-zero lag time for players.

A large flexible event space at The Block has been designed to support a variety of programs, such as esports events, corporate events, team meet-and-greets, or product demonstrations.

Nerd Street Gamers plans to build 100 Localhosts over the next five years. Populous will serve as the lead designer on all of company’s Localhosts, including one underway in Hawthorne, California.