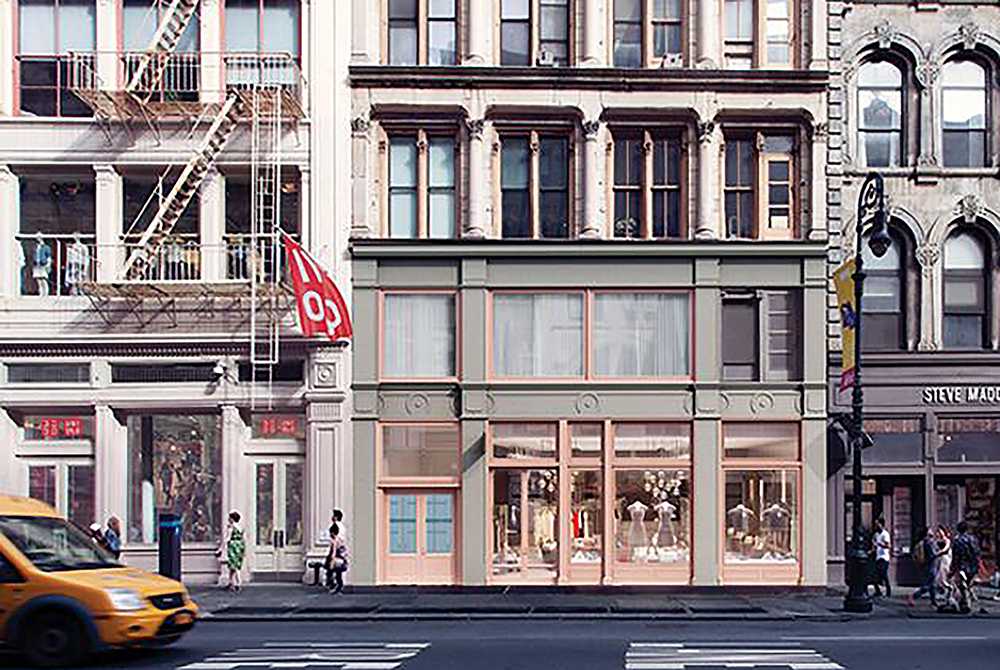 60 Guilders has executed a lease with Swarovski for 1,800 s/f of ground floor retail space at 542 Broadway in SoHo.

Located between Prince and Spring Street and adjacent to Uniqlo, the new store marks Swarovski’s return to SoHo.

The lease negotiations began in February 2020 and the store is scheduled to open in 2021.

“This deal getting done in such an unprecedented time is a testament to SoHo’s resilience,” said Bastien Broda of 60 Guilders.

“We took possession of the space in the beginning of the year and now have it leased just nine months later. We’re excited to get Swarovski moving in quickly and wish them great success.”

Broad said his favorite part of the was was how 60 Guilders connected with the tenant’s broker, Jedd Nero of Lee & Associates.

Back in January, 60 Guilders posted an Instagram of managing partner Kevin Chisholm carrying old mannequins out of the store.

“The post yielded numerous inquiries about the store, and we were in talks with Jedd and his team shortly afterwards,” added Broda.

542 Broadway is a six-story, mixed-use building with 3,500 s/f of retail space across two adjacent ground floor retail units with 40 ft. of frontage and 3,800 s/f of basement storage space.

It is located on one of Soho’s busiest blocks, with neighbors including Uniqlo, Nike, H&M and Sephora.

Ownership is actively marketing the northern retail unit for lease, which is available immediately and consists of 1,625 s/f.