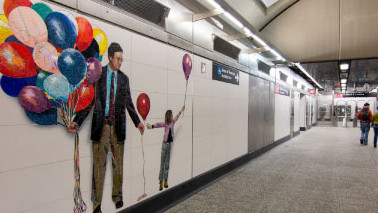 Navillus Contracting has completed work on a total of three stations along the new Second Avenue subway line, which opened January 1.
The firm provided the subcontracting services on behalf of the Metropolitan Transportation Authority (MTA) through their prime contractor and worked on stations, including the 63rd, 72nd and 96th Street.

“A great city like New York requires a first-class transportation system,” said Donal O’Sullivan, owner and president of Navillus Contracting. “Our entire team at Navillus Contracting is proud to have played a role in this exciting new addition to our city’s subway system.”

Over the past two years, the company has also made construction-related enhancements to a number of other subway stations around the city, including Grand Central Station, South Ferry, Fulton Street, Cortland Street, Broadway Line, and the LIRR’s East Side Access Project.

The first phase of the Second Avenue line is initially expected to carry some 200,000 riders daily. The MTA says the new line eases overcrowding on the crowded No. 4, 5, and 6 lines along Lexington Avenue.