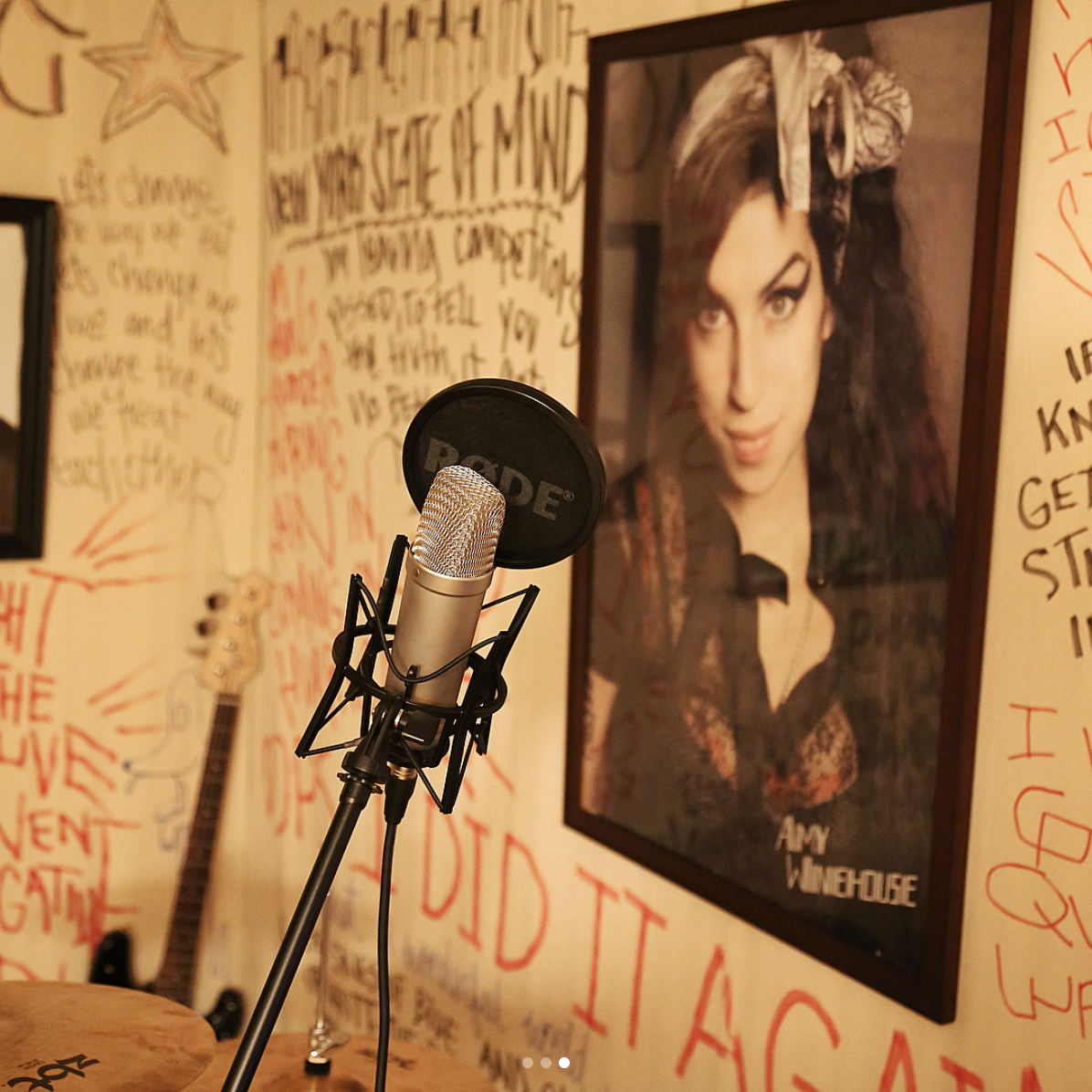 Fittingly, guests and residents of the 33-story rental tower were greeted on a recent Thursday night by the song “I Do,” a trap ballad in which Atlanta rapper Young Jeezy muses about his marriage — to the world of drug dealing.

Verses from Jeezy, Jay-Z and Andre 3000 are broadcast not only in the foyer, but also inside the building’s 85-seat restaurant, the second-floor cocktail lounge, private dining spaces, the elevator and gym. “I Do” is part of a monthly playlist of songs handpicked for Henry Hall to thread together a space where private quarters bleed into public.

“Music is hugely important to the building and the culture we’re trying to curate here,” Eric Birnbaum, the developer behind the building, said. “It’s something we wanted to play with and have be a consistent trend throughout the building, to create a distinct vibe.”

Birnbaum’s Imperial Companies is not the only firm leveraging musical enjoyment in luxury housing. Several projects either new to the market or in the works have included a musical element in hopes of standing out from the crowd.

Though the trend could be attributed to the amenity war that has been waged in the high-end housing market for the past several years, musical space seems to be l’objet du jour as developers attempt to foster a sense of community and sales teams try to distinguish their latest products.

“Buyers expect the pool and the gym and the other sporting components,” Norma Jean Callahan, senior director of sales at Waterline Square, said. “But, when they see the creative amenities, I find that it appeals to a different audience, it makes the building stand out.”

Located on 38th Street, at the north end of the rising Hudson Yards neighborhood, Henry Hall was built on a site that once housed Legacy Recording Studios, where renowned hip-hop group A Tribe Called Quest has been rumored to have performed. Birnbaum said he felt it was important to pay homage to property’s musical history.

In addition to the monthly playlists, which are compiled by Charlie Reyes of Audio Culture, LLC, Birnbaum also had the project’s designer, Ken Fulk, add a jam room in the basement where residents can play and record music on professional equipment or simply host a karaoke night with friends.

Decorated with photos of iconic musicians and lyrics scrawled boldly and without censorship on the walls, the jam space has the appearance of grungy music room — one that happens to be outfitted a Fender electric guitar and bass, Yamaha keyboard, Epiphone acoustic guitar, a Ludwig drum set, studio-quality microphones and a Mac with recording software.

“Everything throughout the building is very elegant, but also very approachable so it should feel like it’s your home,” Birnbaum said. “We didn’t want it to be too stuffy.”

On the second floor, residents and visitors can access a cocktail bar decorated by a mural adaptation of Marvin Gaye’s “I Want You” album cover.

On the opposite wing, a tenants-only lounge is lined with hundreds of vinyl records, which can be played on a turntable. Fulk compiled the collection, which ranges from the Notorious B.I.G. to Drake.

“I don’t think somebody who is 85 and is super into classical music is the demographic that we’re going after, and that type of person probably wouldn’t want to live here,” Birnbaum said. “The people who have chosen to live here have chosen to live here for a certain reason and we don’t shy away from that brand.” The 225-unit building, which is being leased by Carole Bloom of the Bloomstone Group, is 90 percent leased.

While Henry Hall opted for a casual aesthetic, Waterline Square, GID Development’s three-tower residential project on the Upper West Side, is taking a more formal approach. The complex’s 100,000 s/f shared amenity space will include a professional-quality recording studio, complete with a baby grand piano, electric guitar, drum kit and mike.

Callahan, an agent for Corcoran Sunshine Marketing, said the space, which targets a clean-cut, modern design, has already garnered attention from the area’s thriving cultural community.

With the Lincoln Center for the Performing Arts, the Julliard School and LaGuardia High School all in close proximity, many parents and performers have expressed interest in Waterline’s condos, she said.

“Music studio space is gigantically expensive and it’s also rare,” Callahan said. “We did some research and were surprised to find that there isn’t a professional studio in the area, so having this amenity here, for the owner and residents to access without having to leave their building, is unique.”

The studio can be booked for private use and the cost is baked into the buildings’ amenity fees.

Callahan said the space is not for professional musicians exclusively, adding that there’s a wet bar inside that makes it well suited for entertaining.

Waterline Square is roughly 20 percent sold and is scheduled to open in spring 2019.

Extell had some back up for its foray into the world of musical.

The developer hired Kravitz Design, the interior design firm of renowned rocker Lenny Kravitz, for its premium condo project, The Kent at 200 East 95th Street. The Kravitz team helped craft “the sound lounge,” a multi-use space that includes a guitar, amplifier, drums and an upright piano.

Equipped with a small stage and two rows of seating, the room can be configured for a concert, cleared out for a dance party or used as a screening room. “The overall sound lounge is a communal gathering space,” J.P. Forbes, director of sales at The Kent said. “Every building has a children’s playroom, but we have something for older children and adults as well. It’s a space that brings people together.”

Other musical offerings include resident musicians, such as the one at Urby’s Harrison, New Jersey location who teaches lessons in the building. At Journal Squared in Jersey City, visiting performers are given lodging in exchange for on-site performances.

Elsewhere, it’s not the music itself that’s used to sell prospective buyers and renters on a property but rather the culture around it.

Exhibit at 60 Fulton Street features numerous portraits and candid photos of iconic musicians in New York City in the 1970s and 80s. Scott Aaron, founding principle of Socious Development, the company behind Exhibit, said images help create a sense of place inside his 120-unit building.

“There’s commonality among people when it comes to music and art,” Aaron said. “[The art] is really about New York City and the story that New York City tells during that time. The music is wide-ranging and it touches everybody.

“It’s intergenerational, it crosses cultures and I think it really represents what New York City is all about, everybody coming together in tight quarters and sharing interests.”