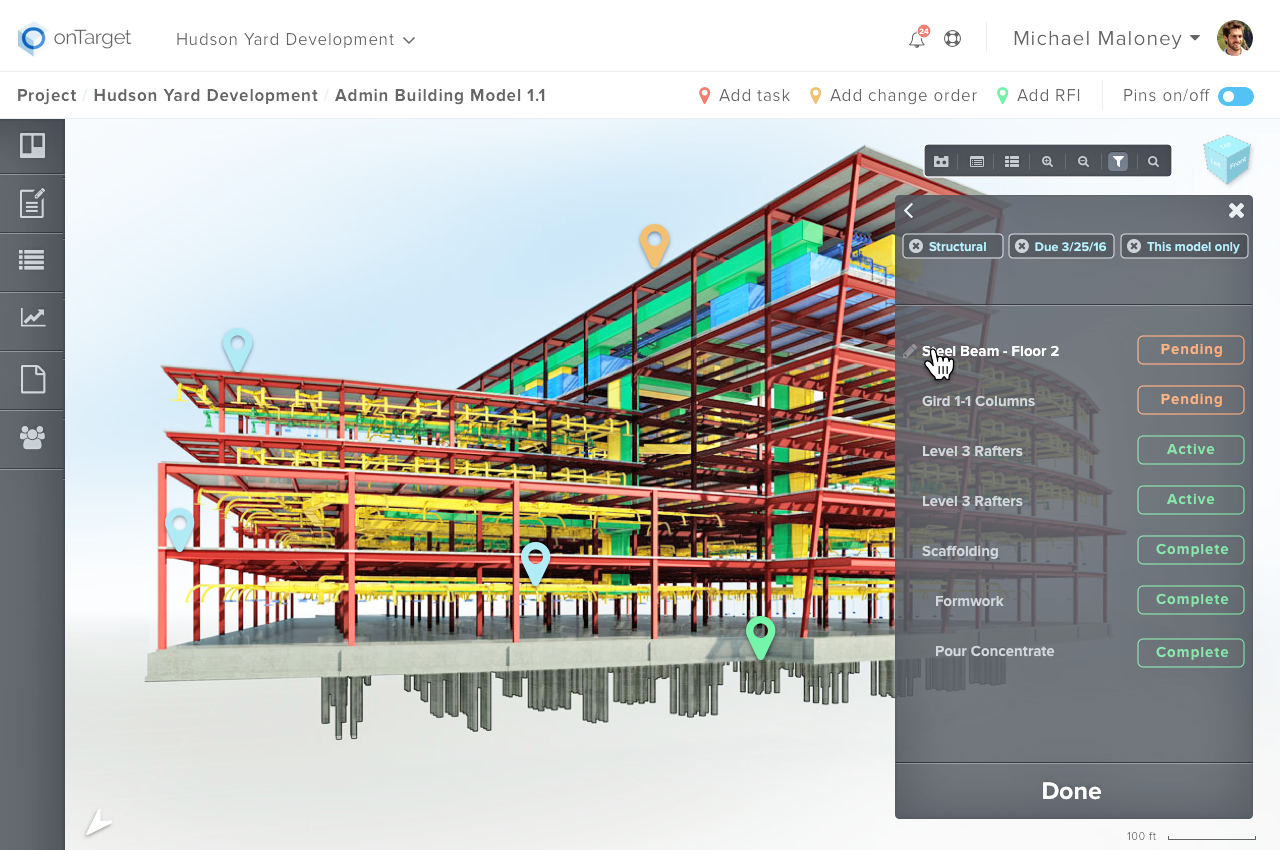 New York City is the world capital of epic construction delays. The gold standard is the Second Avenue Subway, which was first proposed in the 1920s. The first phase of the project, which had a budget that grew from $3.8 billion to $4.5 billion, opened on January 1, five years after its initial estimated completion date. Another egregious example is the World Trade Center Transportation Hub in Lower Manhattan. The project was completed ten years late and with costs doubling from $2 billion to $4 billion.

Such delays are the focus of visual collaboration start-up OnTarget. The firm, which has clients such as Vorea Group and Joy Construction Corporation, aims to help builders cut down costs through better communication.

It was part of MetaProp NYC’s 2016 PropTech accelerator and on Thursday (Jan. 26) will join fellow MetaProp NYC 2016 accelerator startups Bowery, Enertiv, Flip, hOM and Ravti at the MetaProp NYC Demo Day, from 9 a.m. to noon, at 7 World Trade Center.

OnTarget co-founder Niran Shrestha will be on hand to explain how the software gathers project updates from building owners, architects, sub-contractors and general contractors.

He showed Real Estate Weekly how it worked by typing in an order for door repairs at a Brooklyn residential development. This sent out a notification to everyone involved in the project, allowing them to work around the area or schedule a job at a later time.

“What OnTarget does, with mobile applications and the field devices, is bring that information in real time to the office so the guy who’s making the decisions is able to see what’s happening right now, at the correct moment. He’s able to mitigate the risks because he’s aware of the real-time situation.”
With such information on hand, project managers can remotely assign tasks to workers, who will get orders via email or through a mobile app. Meanwhile, workers on the field can instantly report bottlenecks.

The software also compares actual expenditure against estimated expenditure, allowing managers to easily keep track of costs. Shrestha got the idea for the software during his time at the United Nations.

A civil engineer and architect who previously oversaw projects in the Ivory Coast, Shreshtha was part of a team that worked on the $2.15 billion renovation of the organization’s New York headquarters.
It was during this time that he identified the need for better collaboration in the industry.

“The birth of the idea, I would say, was when I was working at the UN headquarters building,” he said. “What happened was, there were around 40 teams working in there. And they were using 60 different types of software. People were communicating via paper, notes and all that.”

This, oddly, is similar to the process in West Africa. Shrestha, who said he worked on “messy projects” in the Ivory Coast, such as refugee camps and airports, saw a universal pattern.

“Construction, as a whole, is super fragmented right now. There’s no single software that actually binds together information from all the other different sources,” he said.

The technology has since been deployed for a $70 million Vector Group project in Manhattan.