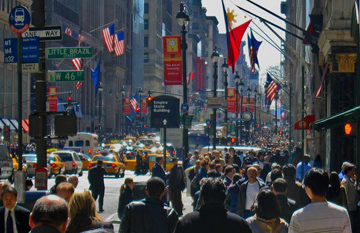 New York landlords are holding the upper hand as the market enters its busy summer season, according to the latest report from Citi Habitats.

The report found that while the Manhattan and Brooklyn markets are still comparatively tenant-friendly, a slight shift in market conditions was recorded to the landlords’ benefit.

In April, rents declined by a negligible amount for studio and two-bedroom apartments, while they increased one percent for one-and three-bedrooms.

In April, the borough-wide vacancy rate fell to 1.78 percent from March’s rate of 1.89 percent. The rate is also lower when compared a year prior when vacancy stood at 1.81 percent.

Citi Habitats reported that 28 percent of rental transactions brokered by the firmʼs agents offered a free month’s rent and/or payment of the broker fee to entice new tenants in April, down slightly from 35 percent in March but up from 19 percent at this time last year.

“In April, we noted three positive signs for landlords,” explained Gary Malin, president of Citi Habitats. “Although their rise slowed when compared March, rents continued to hold steady – and were up slightly overall. Meanwhile, the Manhattan vacancy rate declined to the lowest level since August of last year, while the percentage of leases that offered a concession also fell.

“We are beginning to enter a traditionally busy time of year, so it will be interesting to see if market conditions continue to shift as we enter summer.”