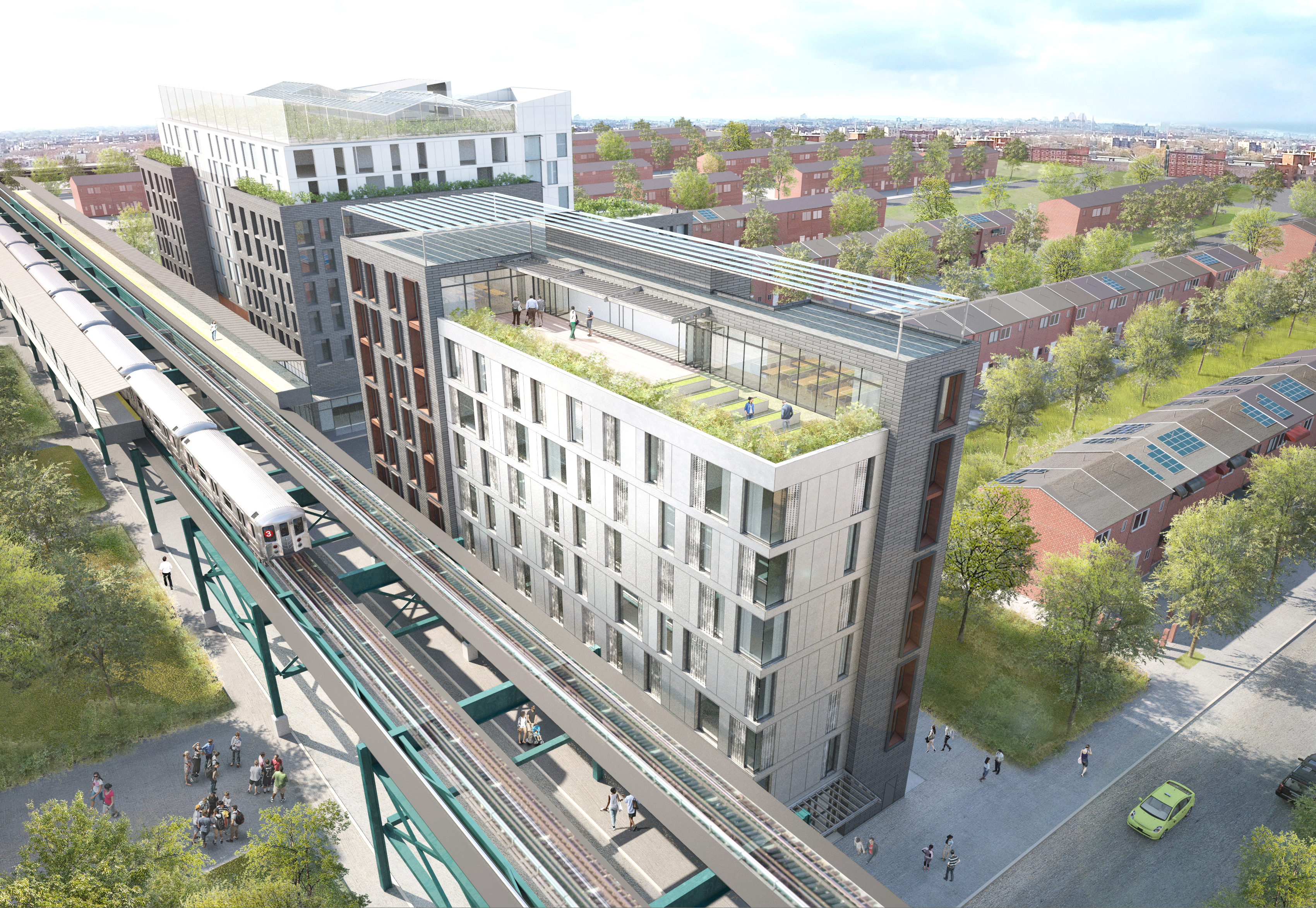 The architectural design for Livonia 4, a 420-plus housing development on four sites in the Brownsville neighborhood of Brooklyn, has been awarded to Magnusson Architecture and Planning PC (MAP).

Fernando Villa AIA, LEED AP BD+C, the MAP Principal-in-Charge of the project said construction is estimated to begin after the Uniform Land Use Review Procedure (ULURP) has been completed.

“Intrinsic to our design approach is our commitment to the members of the Brownsville community who are most underserved: seniors, children, families, and single mothers.”

Villa said, “Architecturally, the buildings are also designed to bridge the divide across Livonia Avenue between the tower-in-the-park NYCHA apartment buildings to one side, and the two-story quasi-suburban single-family Nehemiah Houses along the other, through a series of specific massing strategies. The proposed development will also activate the urban open space under the elevated tracks along Livonia Ave.”

The proposed design includes four separate buildings on four separate blocks and lots, on lot assemblages ranging from 9,152 to 40,000 s/f, all situated along the south side of Livonia Avenue.
The project’s co-developers who were awarded the contract are Radson Development, Community Solutions, and Catholic Charities Progress of Peoples Development Corporation.

Some of the sustainable design strategies that will be implemented in the project will include the use of high-performance building envelope and mechanical systems, as well as Energy Star lighting and appliances, low-flow WaterSense water fixtures, water metering for leak detection, and 75 percent construction waste diversion. “Once completed, this project will be a model of innovative, well-constructed, sustainable and energy efficient buildings within a modern design that responds to the disconnected sites to create a language along Livonia Avenue,” said Villa.