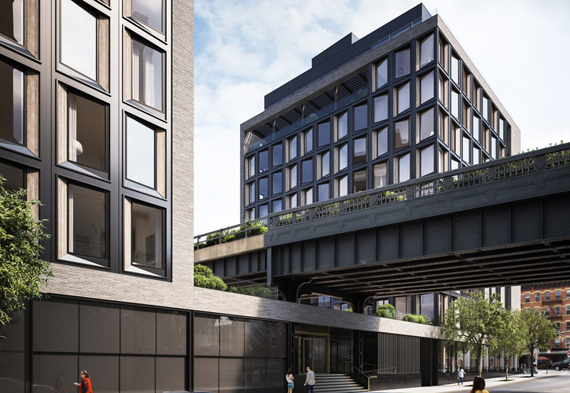 The median sales price grew by 4.2 percent year-over-year to $908,242 while the average price grew by 17.4 percent to $1.684 million, according to Miller Samuel’s report for Douglas Elliman, as luxury sales far outpaced the rest of the market.

The median sales price in the luxury market — defined as the top ten percent in terms of price — rose by 22 percent, while the number of sales at or above $10 million grew by 89.7 percent.

Much of that growth is due to new development, explained Douglas Elliman’s CEO Dottie Herman.

“The product that really stands out is new development because the demand for it is immense,” she said.

Construction activity has been slow to recover from the recession and new development’s share of overall sales volume hit a 13-year low of 6.2 percent in the third quarter of 2013. But a growing number of units have since hit the sector, pushing the market share of new development up to 7.3 percent in the most recent quarter.

As skyrocketing land prices give developers little choice but to build luxury condos, the growth in new development volume pushes up average prices.

“We saw a big jump in sales — more than we’ve seen all summer,” he said. Meir added that HFZ has sold a number of units at its Highline condo building 505 West 19th Street in late August and early September, a period that usually doesn’t see this much activity.

The listing inventory increased by 27.6 percent to 5,828, according to Miller Samuel’s report.

“The market featured a substantial slowdown in the rate at which mid-priced to higher end co-ops was absorbed,” said Warburg Realty’s president Frederick Peters. “While the market remained extremely strong throughout the quarter for co-ops priced below $2 million (perhaps because the buy versus rent equation is still favorable), the market between $3 million and $15 million became more challenging.”

The number of sales across the Manhattan fell by 15 percent year-over-year to 2,712, according to Halstead’s third quarter report. The average absorption rate of 4.2 months, noted by Brown Harris Stevens’ report, continues to be unusually low.

Downtown was the hottest market with a median price growth of 22 percent — well ahead of the Manhattan average.
Midtown East found itself at the bottom end with a seven percent decline.

Builder row not necessarily the final nail in coffin