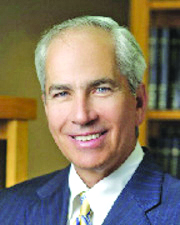 Beware the minefield that is EOT requests

By Henry L. Goldberg,
managing partner,
Goldberg & Connolly
We continue to sound the alarm about the increasingly wide-spread use by public agencies of C.O.F.E.D.s (Contractor Forfeiture Enhancement Devices”).

The drumbeat of this campaign will warn of the land mines to which we have seen contractors and subcontractors repeatedly, and often tragically, fall victim.

In this article, we alert you to New York City’s efforts to have contractors waive valuable claim rights through the use of “partial” or interim extension of time (EOT) requests that City agencies routinely require contractors to execute in order to obtain partial payments and/or avoid the imposition of liquidated damages.

What is particularly noteworthy is that the formalities previously observed for “substantial completion” EOT requests are now being strictly imposed on “partial” or interim EOT requests which have historically been more informally handled. This presents a real danger.

The New York City Standard Construction Contract’s Article 13 provides that a contractor’s EOT request shall include a statement that the contractor “waives all claims exceptfor those delineated in the application, and the particulars of any claim which the Contractor does not agree to waive.” (Article 13.8.2(c)).

Thus, the contractor, in a detailed bill of particulars, must include the details of any and all claims being reserved. Any claims that are not affirmatively identified as specifically reserved in the EOT request are deemed waived.

This, by its very nature, is a classic example of a COFED. It is designed to limit your rights and for no other reason.
City agencies historically provided contractors with sample EOT request forms that already contained such waiver language, with no indication or advice that claim reservation language may be included.

However, what is new is that the City is now taking these waivers more seriously, as a new generation of City attorneys and contract administrators are increasingly, and shamelessly, attempting to implement this compromising waiver language.

The hallmark of a COFED is its unnecessary or gratuitous quality. Clearly the waiver of all claim rights is hardly necessary for the City to analyze an EOT request. There is simply no justification for the inclusion of this waiver language. Its “gotcha” contracting at its worst.

Moreover, the standard NYC EOT request protocol requires contractors to provide, per Contract Article 13.8.2 (a) “the nature of each alleged cause of delay in completing the work,” (b) the date upon which each such cause of delay began and ended, and the number of days attributable to each such cause.

Again, this level of detail should not be necessary in the context of an interim EOT request. Still worse, however, is that some City departments are now insisting upon the inclusion of a statement of monetary damages as well.

This is both unfair and contractually incorrect. Such detailing of damages is contractually reserved for an end-of-project substantial completion EOT request.

City agencies are now requiring a level of detail that may even exceed what is actually and reasonably known at the time of the interim EOT request, particularly with regard to detailing of specific delay periods and damages.

The language of the standard NYC EOT request protocol also purports to preclude contractors from entering into evidence at any subsequent preceding any papers or project records that underlie the delays set forth in an EOT request.

Thus, a contractor must provide evidence to support its EOT request, but if it does so, it cannot use such evidence (business records) again in any other proceeding! This is unenforceable and fundamentally unfair. Why would a public owner even attempt to impose such a constraint?

Be aware that City agencies are now demanding that contractor personnel strictly follow the City’s partial EOT request protocol without deviation. Do not accept this. Push back and insist upon including “reservation of rights” language. It is your right to do so.

Your reservation of rights should be detailed where possible. However, since all necessary information may not as yet be available, you also need to be as broad as reasonably permissible, reserving, for example, the right to assert “any and all” claims relating to delays, extra or additional work and events that may arise and information that may become available in the future.

It is crucial to reserve your rights to use any and all project records in any future claim proceeding, in light of the City contract’s language that absurdly attempts, as indicated above, to preclude the subsequent use of such critical evidence.