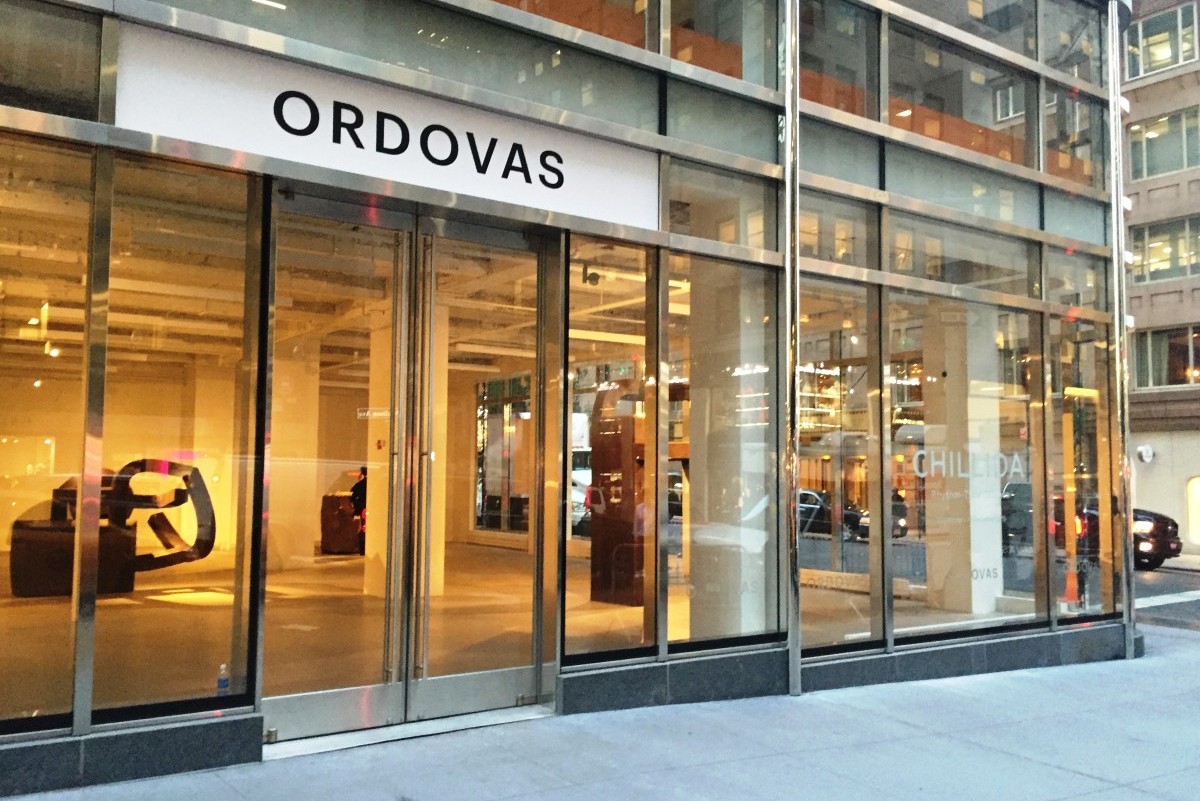 This spring Ordovas wowed the New York art world when she purchased a painting for a client by artist Lucian Freud for a record $56.2 million.

The Manhattan space will host an exhibition of monumental abstract works by the Spanish Basque sculptor Eduardo Chillida through December 19, 2015.

“We look forward to welcoming the public to our space in New York,” said Ordovas, who opened her Ordovas London Gallery on Savile Row in 2011.

According to Berger, the asking rent for the ground floor space, on the corner of 52nd Street, was $700 per square foot.

“The space is a perfect fit for Ordovas gallery because of its high ceilings and higher than normal floor loads that can accommodate the substantial weight of the various pieces,” added Berger.

“The space also has a lower level which is great for exhibiting works of multiple artists.”

Ordovas founded her London Ordovas gallery in the heart of London’s art district after 13 years at Christie’s, where she was International Director and Deputy Chairman, Post-War and Contemporary Art in Europe, and two years as a director of Gagosian Gallery in London.  Her gallery is a sleek 2,000 s/f space at 25 Savile Row.

In London, shestages three museum-quality exhibitions a year that focus on historical works as well as modern masters and often present works that have not been exhibited for generations.  Many of her gallery’s works are loaned from private collections to which there is no public access.