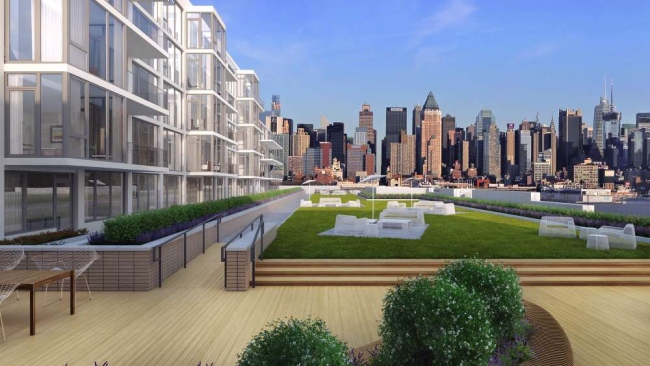 Weehawken, NJ Mayor Richard F. Turner joined officials from the Township of Weehawken and Lennar, one of the nation’s largest home builders, on Tuesday ( July 15) to cut the ceremonial ribbon on the newest luxury condo building on the Hudson River waterfront: 1000 Avenue at Port Imperial.

The new, 74-unit building is the first of five Lennar has planned for its Manhattan-facing waterfront property within the Port Imperial master planned community.

Known as “The Avenue Collection,” the buildings will comprise luxury, for-sale condominium residences and hotel-like amenities and services in one of the hottest development areas on the New Jersey Gold Coast.

“This is another great day for Weehawken and another great day for the waterfront,” Mayor Turner said. “This is 25 years in the making seeing these buildings go up, and knowing the market is ready is a wonderful thing. Many of you who grew up in Weehawken have known that for years, unless you worked there, you couldn’t access the waterfront. Now that has all changed, with passive parks, playgrounds and riverfront walkways. It is a true community effort that has made this possible and projects like this one have helped us come a long way.”

Fred Rothman, Regional President of Lennar, agreed with Mayor Turner, adding that the appeal of living on the Township’s emerging waterfront has led to strong pre-construction sales activity.

“When we launched construction two years ago I remember stating how far the Hudson River waterfront had come, and a lot of that success can be attributed to the vision and the foresight of Mayor Turner and the entire Weehawken community,” Mr. Rothman said.

“Today, as we unveil the first completed building in The Avenue Collection, I am pleased to announce that we are already 60 percent sold and have broken ground on the second building.  With magnificent residences and distinctive glass façades that maximize views of the Hudson River and Manhattan skyline, The Avenue Collection provides home buyers the opportunity to live in a remarkable setting that is both stunning and convenient.”

With strong pre-construction sales and the first closings scheduled for this month AT 1000 Avenue, Lennar has broken ground on the second building in The Avenue Collection, 1200 Avenue at Port Imperial, which will feature 103 luxury condominium residences and upscale amenities including a landscaped third-floor roof deck with an outdoor pool that will be utilized by residents of both buildings.

Designed by Manhattan-based architect, Handel Architects, LLP, 1000 Avenue at Port Imperial features two- and three-bedroom residences ranging from 1,472 to 2,188 square feet of living space. Available residences are currently priced from $1.1 million to $2 million, with initial occupancy slated for this this month.

Lennar is developing The Avenue Collection in the heart of the $2 billion master-planned Port Imperial community which stretches two miles of Hudson River waterfront across three municipalities. 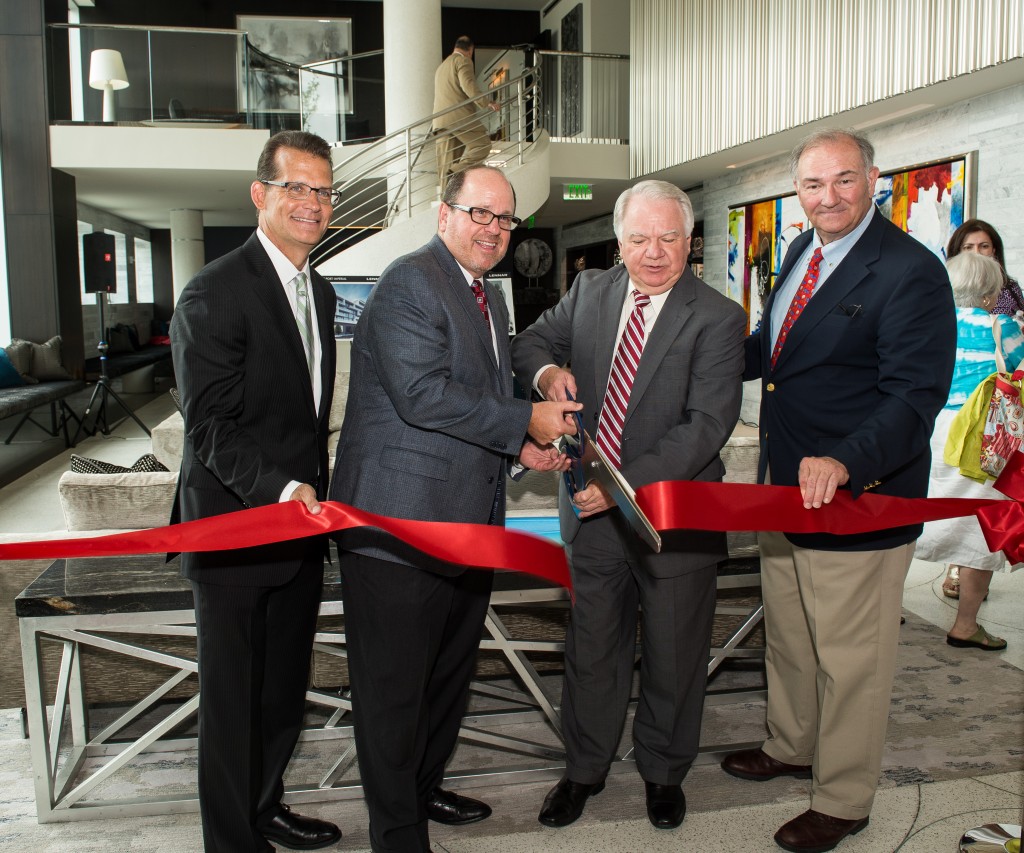 Officials from Lennar and the Township of Weehawken cut the ribbon at the grand opening of 1000 Avenue at Port Imperial on the Hudson River waterfront. From left to right: Craig Klingensmith, Division President for Lennar Northeast; Fred Rothman, Regional President of Lennar; Richard F. Turner, Mayor of Weehawken; and Robert Zucconi, Weehawken Councilman-at-Large.