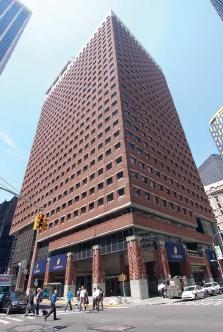 The recession may be in the rear-view mirror, but times are still tough for many New Yorkers.

In response to this reality, the New York Legal Assistance Group, a non-profit that provides free civil legal services to people who can’t afford an attorney, has taken an additional 22,121 s/f at 7 Hanover Square.

The sublease agreement will allow the non-profit to take over two thirds of the seventh floor, currently leased by CGI Group, a technology firm.

The new sublease adds to the 38,220 s/f that NYLAG has subleased from Guardian Life Insurance Company since it moved downtown from West 33rd Street in 2011, according to a spokesperson for the charity.

The “significant expansion …. is directly tied for the huge need for free civil legal services here in New York City and on Long Island,” she said.

The recession and Superstorm Sandy are two major events in recent years that have pushed people into precarious financial situations and also created a need for legal services and financial counseling.

NYLAG employs 191 legal staff, 8 financial counselors and 22 administrators, the spokesperson said. Rather than anticipating an expansion, the new space will relieve recent overcrowding that has been so bad the organization had to cut back on volunteer work hours. “We were very doubled up for the last nine months of so,” she said.

Both subleases will expire in 2019, according to the New York Law Journal. Gere Ricker of MB Real Estate represented NYLAG. Financial terms of the sublease were not disclosed.