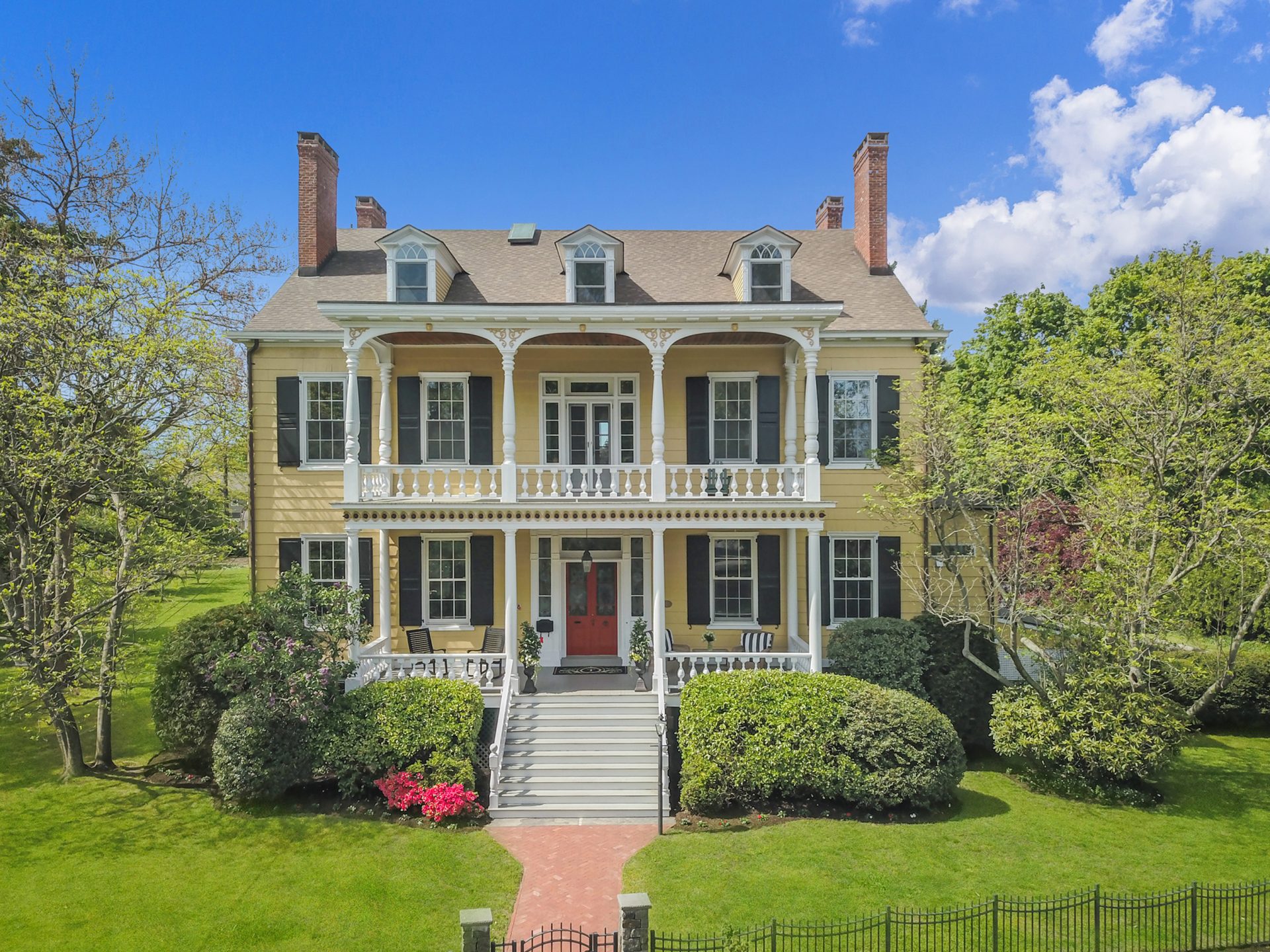 The country house built for Peter Jay Munro, a nephew the first Chief Justice of the United States, is being offered for sale for $4.699 million.

Known as the Manor House, the Federal-style Colonial at 18 Elm Avenue is the most historically significant house in Larchmont.

It was built in 1797 for Peter Jay Munro, a nephew of John Jay, who went on to have 12 children and amass an estate of over 500 acres.

The 6,723 s/f home now has six bedrooms, four full bathrooms and two partial baths. It was recently renovated by the current owners, who created a new master suite and added new high-end designer bathrooms with radiant-heat floors and updated the electrical and plumbing systems as well as the windows and doors.

“My clients did a major renovation that turned a very formal house into a colorful, youthful and happy home on one of the largest land parcels in Larchmont village,” said listing agent Pollena Forsman of Houlihan Lawrence. “It’s now a relaxed, very livable home with walkability to everything.”

The three-story house on a 1.44-acre parcel is in the Mamaroneck School District. The home is close to Chatsworth Elementary School, Hommocks Middle School and Mamaroneck High School, and within walking distance of the Metro-North train station, village shops and restaurants, Manor Beach and Park.

There is a grand entry foyer with a curved center staircase and wood flooring, four chimneys and eight fireplaces, hardwood and parquet floors, classic moldings and chair rails  and oversized windows and doors.

It has front and rear covered porches with seating and dining areas, gardens and mature trees, a large flat lawn.

The Manor House has a rich history of high-profile owners who played important roles in the development of Larchmont. Upon Peter Jay Munro’s death in 1833, the Manor House went to his son Henry, a bit of a ne’er-do-well who had trouble managing his finances.

The estate was sold at auction in 1845 to satisfy his debtors, according to research by Judith Doolin Spikes, a former village historian. The buyer was Edward Knight Collins, a shipping magnate who had the first transatlantic mail contract and was one of the wealthiest men in the country.

Around 1850 Collins added the two-story porch to the south façade of the house and an enormous ballroom on the western side. He also gave the estate the name of “Larchmont” after the row of larch trees planted by Munro’s gardener to screen the house from the Post Road.

He, too, ran into financial trouble and the estate was sold at auction again in 1865, to a wholesale grocer named T.J.S. Flint. He formed the Larchmont Manor Company with other partners to develop on the property “suburban homes for New York City businessmen of moderate incomes,” according to Spikes.

After Flint’s death in 1882, Charles H. Murray became president of the Manor Company and he converted the old Munro home into a popular 30-room and boarding house named “the Manor House.” A decade later, Flint’s son Frederick had the ballroom razed and the house was restored to its original size.

In 1902, it became the home of the private Manor School for Girls for a few years before going back to its original role as a prominent, well-regarded single-family home in the heart of the village.