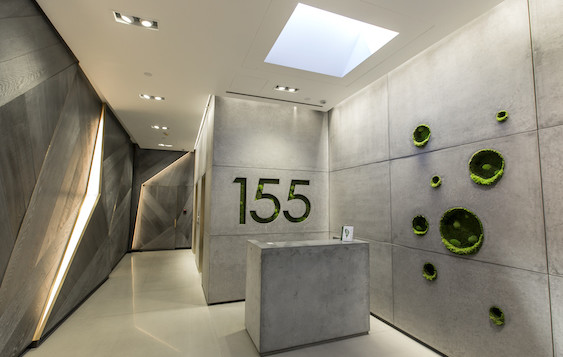 Callisto Media, a publishing company, and Dalberg Consulting have signed separate 6,933 s/f leases for the entire eighth and sixth floors, respectively, leaving just three floors available at the 12-story former Ring building that the partners purchased from Extell in 2015 for $57.24 million. In all, Kaufman bought five properties from the 14-building former Ring Portfolio from Extell that it has transformed into it’s own mini Madison Square Portfolio.

The two newest tenants are both tech forward. Founded in 2011, Callisto Media uses algorithms to mine consumer data and then produce non-fiction titles on the topics that the data analysis indicates readers are interested in. Dalberg provides research, analysis and actionable solutions to drive financial, humanitarian, social change and international development initiatives.

“Both Callisto and Dalberg are the latest examples of the innovative and impactful tenants that are finding value in 155W23’s modern and flexible layouts,” said Grant Greenspan, Principal of Kaufman. “Callisto, in particular, was attracted to the turnkey quality of the prebuilt space on the eighth floor. The building’s creatively-designed spaces and thoughtful aesthetic will allow the employees of both firms to feel right at home in the Chelsea neighborhood.”

Jamie Katcher, Doug Regal and Sebastian Infante represented the co-landlords, Kaufman and GSAM PRE, in both transactions. John Pavone of Colliers International represented Callisto. Eric Thomas, formerly of Cresa and now at Cushman & Wakefield, represented Dalberg. Asking rent in the Callisto deal was in the high-$60s psf; Dalberg was mid-60s