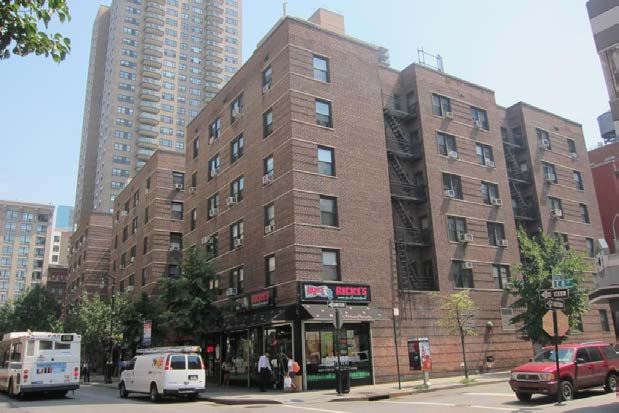 Eastern Consolidated arranged the sale of a package of 15 sponsor-held co-op apartments at 50-54 East Eighth Street in Greenwich Village.

The package of apartments, between Mercer and Greene Streets, sold at a discount because they are occupied rentals with the majority classified as rent stabilized. The total market value of the apartments if sold individually as free market co-ops would be approximately $10 million.

“This prime Greenwich Village location made this package of apartments particularly appealing to the buyer,” Polsinelli said. “Full of retail and history, the neighborhood also boasts one of the highest concentrations of students in New York City with over 50,000 college students attending New York University, Cooper Union, the New School, Cardozo Law, and other educational institutions.”

Goldstick added, “Unsold sponsor apartments like this package at 50-54 East Eighth Street are attractive to investors because although the apartments are purchased at a discount, they offer tremendous long-term upside when units are vacated and later sold.”

Built in 1952, the six-story co-op has a total of 121 residential units and seven commercial units. Polsinelli and Goldstick are currently soliciting offers for the more than 9,000-square-feet of retail and 40-car underground garage.