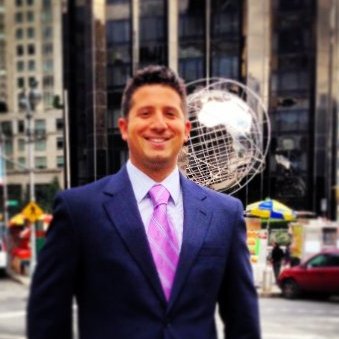 By Dan Orlando
Joshua Kaufman, a Maryland native and a George Washington University graduate, joined New Street Realty Advisors, LLC in May of 2012.

Kaufman, along with the firm’s managing partners, Joshua W. Gettler and Matthew J. Gorman, sat down with Real Estate Weekly and discussed his career, the changing landscape of upper Manhattan, and how to fill commercial vacancies in the area.

Having entered the city’s real estate scene after a stint in marketing, Kaufman‘s first New York gig was with K&R Realty.

“I was managing all their retail space and apartments for them and we were working on a deal together,” Kaufman said, recalling how he was first introduced to the other two men in the room.

That deal was finding a home for the Harlem Children’s Zone, one of the most respected charter schools in Manhattan.

“We had brought them to an Artimus (the parent company of K&R) building at 1465 5th Avenue,” said Gettler. “It was a new project that Artimus had built. Artimus owns a lot of non-profit, they do a lot of low-income, middle-income, and market rate apartments. So I was learning how to deal with everything.”

After dealing with Kaufman, Gettler was so impressed, he spent the next several months courting him towards a full-time commitment to the commercial side of the fence.

Kaufman recalled, “After I got a job with (K&R), I realized I really enjoyed the retail component of it, and that’s when I realized I needed to make a switch out of residential.

Kaufman’s experience working in upper Manhattan came in handy. In the past two years he’s been very active in New Street’s interest area.

On all of these deals, Kaufmann is heavily involved in almost every aspect of the lease. Given the New Street’s boutique size, there was no introductory period that revolved around the basic tasks of canvassing or cold calling.

“We do everything together,” said Kauffman, who told Real Estate Weekly that he feels the smaller environment has been extremely beneficial to his development.
A

ccording to Gettler agents are often “pigeonholed” in larger firms. “Here, Josh is negotiating offers, he’s ordering signs for us, he’s doing web-related things. He knows all about the construction and the architectural issues involved in every deal,” Gettler explained.

Kaufman prides himself in marrying the right tenants with the right space and not just a retailer that is willing to pay the asking price.

“I think that goes to the qualitative aspect of why these landlords hire us,” said Gorman, who noted that one of the firm’s newest clients is Columbia University.

“Columbia is interested in improving the neighborhood and providing amenities for residents and really gentrifying these neighborhoods. They hired us not to just go out to the market and find every Tom, Dick and Harry that is interested in opening up a shop there,but to really drill down and find the right tenant mix. It’s not just hanging a sign out,” he added.

As Upper Manhattan continues to develop, New Street plans to grow with it and Kaufman is aiming to be along for the ride.

“There’s a lot of room to grow in this company,” Kaufman said, “So hopefully I’ll be with them in 10 years and have a lot of junior guys under myself.”