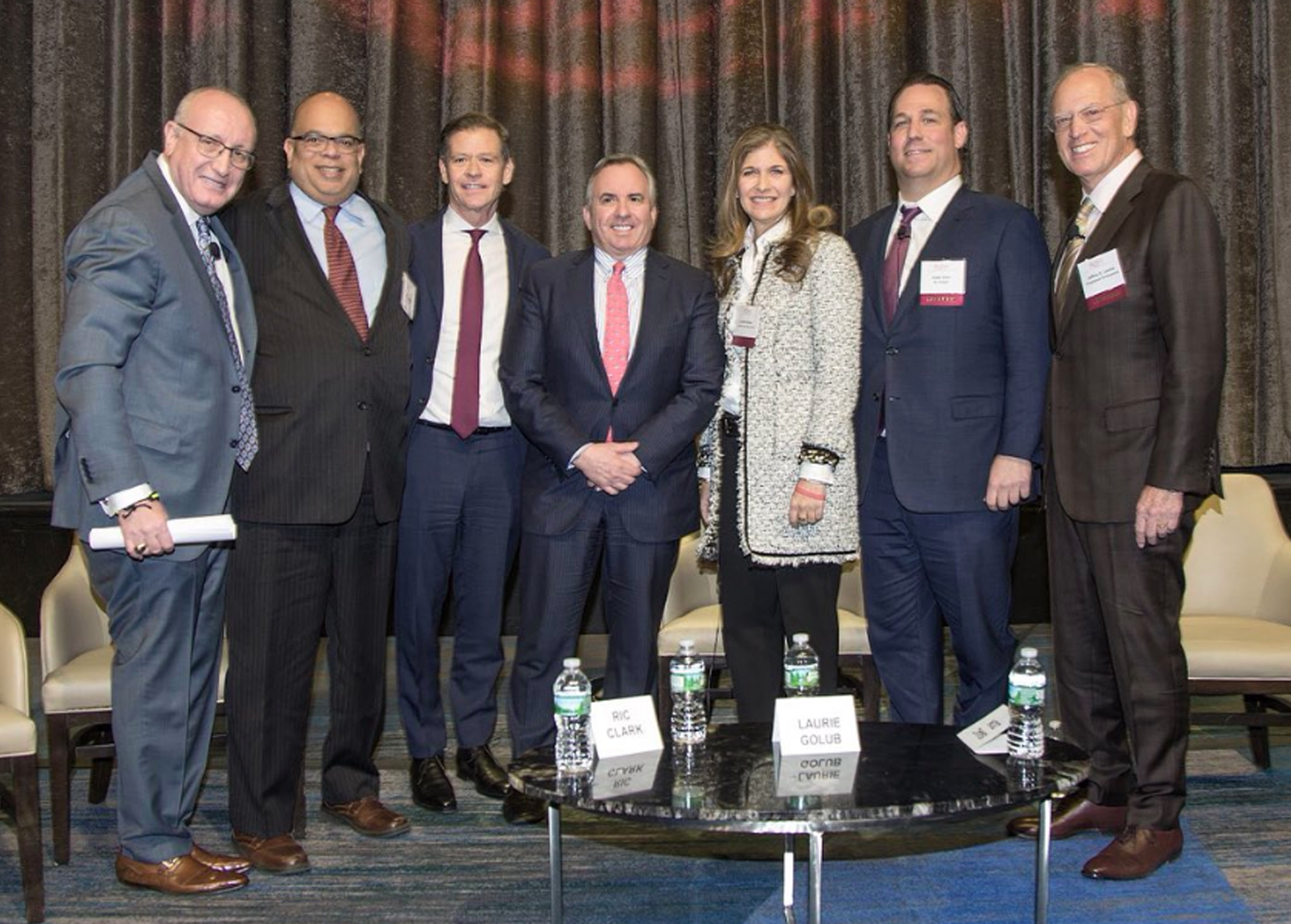 After an up and down 2017, experts expect 2018 to bring stability to the real estate market.

Last year, total office employment climbed to 1.41 million jobs while 30.5 million s/f was leased, the second highest total, since 2000. While Clark admits those numbers will be tough to beat but he thinks 2018 could come close.

“It’s tough to say if the (leasing) activity will be as good this year as last year,” he said. “Tenants in the innovation and technology businesses, for sure, are still growing in New York, also banks and financial services over the last couple years have been more topline growth focused than cost cutting, so I think it will be a good year.”

Zion, whose company is building One Vanderbilt, said he’s not concerned about finding tenants for the city’s rapidly growing office market, which could have as much as 13 million new or renovated square feet to lease in the next five years.
“You talk about the job growth numbers, you need about 10 to 12,000 jobs a year to absorb all that and the city has done three-times that over the past seven or eight years,” Zion said. “Over the next two, the city projects to double that, so there’s not going to be a glut.

“We’re in a really good spot,” he continued. “It’s great product in transit oriented locations and the market needs it.”
A continued refrain was the city’s office stock, which is nearly 75 years old, a figure Clark called “unbelievable” for one of the top gateway cities in the world.

Investment sales was another focal point of the conversation, particularly the role of foreign buyers, who spent about half as much in New York last year as they did in 2016. Levine attributed this sea change to shifting geopolitics.

“As oil was collapsing we saw Middle East money, flight money coming out of China as the government was trying to put its foot down, in Europe you had Brexit money coming over here,” he said. “A lot of the investment over here was to the strength of the United States and the fear of what was happening in the other parts of the world.

“For the moment,” he added. “We’re a little bit unsure about what’s going on (here) right now.”

Across the board, the panelists agreed that infrastructure and transportation is New York’s biggest impediment, with the elimination of state and local property tax deductions under the new tax code being another potential deterrent for talent.
Although the full effects of tax reform remain to be seen, Golub said it still appears to be a net positive.

“There is the job creation, there’s the bringing back of capital from overseas and there’s a boost to real estate operators,” she said. “All of that leads to more development, more growth in the country and I think, on balance, that can only be good for us in the long run.”

Interest rates were also widely agreed upon, with all four speakers predicting mild increases in 2018. However, Levine said low interest rates might not be an option for much longer.

“I don’t believe, especially in light of our debt, you could possibly raise interest rates significantly,” he said. “But I see us needing to … in order to protect ourselves from the next down turn, which I think is upon us.”

Despite his macroeconomic pessimism, Levine feels good about the multifamily residential sector, especially as home ownership costs rise. Clark and Zion both said the future of commercial development is in redevelopment, and Golub is targeting industrial assets to meet ecommerce demands.

However, she had one bone to pick with the online shopping industry and its biggest company.

“Amazon’s choice of a headquarters city is going to have a negative effect on other companies relocating to that city,” she said. “Lack of incentives, lack of talent pool, lack of housing, I think it’ll turn out to be a negative.”