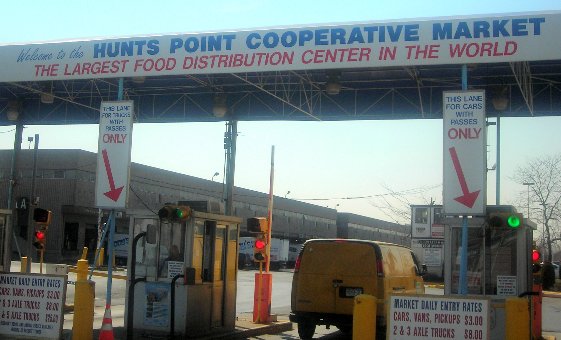 The Hunts Point Cooperative (Co-Op), the largest meat distribution center of its kind in the world, will now have backup power for its approximately one million square feet of refrigerated space, should power go out due to a natural disaster or blackout.

Leaders of the New York City Council, led by Councilmember Rafael Salamanca Jr. presented a $3.45 million grant to the facility to finance the addition of emergency generators at the Meat Market.
The Co-op was originally built in 1972 as a 40-acre facility with six buildings, but is now over 60 acres with seven buildings.

The City’s Economic Development Corporation is the co-op’s landlord and the market facilities and operations are under the inspection of the U.S. Department of Agriculture. The funds will go directly to EDC for use by the co-op. The effort to provide the funding was led by Salamanca Jr., with the support of City Council Speaker Melissa Mark-Viverito, who both recently toured the facility and met with business owners and their employees.

Councilmember Rafael Salamanca Jr. said, “The Hunts Point Market is incredibly important to our local community, our city and our state, and I’m pleased that I am able to help fund this much needed infrastructure.”

The co-op is home to 50 companies, employing 1,800 directly and supporting another 1,200 workers in food service, transportation and professional services.

Bruce Reingold, General Manager of the co-op said, “The Hunts Point Cooperative Market is critical to the local Bronx economy, providing thousands of well-paying jobs and also serving a vital purpose in supplying 50 percent of the meat consumed in the New York region. This supports tens-of-thousands of additional jobs in the hospitality and food service sectors. We are one of the city’s leading business incubators and I want to thank the council for its advocacy and recognition of the important role we play.”

Each year it pays more than $120 million in wages and benefits, 80 percent of which are to New York City residents, with 97 percent of the jobs offering regional living wages.