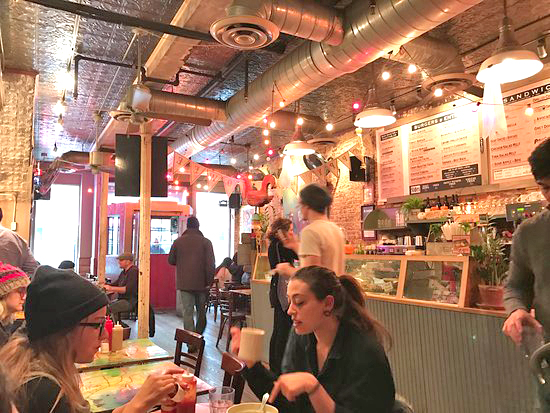 New Yorkers spend $8,082 per year on food outside the home (including take-out), according to a new report from CBRE.

This is 130 percent percent more than their peers across the United States, which spend an average of $3,512 per year.

When it comes to real estate, Food and Beverage (F&B) deals have made up between 20-35 percent of the total number of transactions closed in Manhattan since 2015.

Retail employment in F&B has grown substantially as well – faster than in retail overall and at a quicker pace than employment in New York City generally.

“It’s no surprise that New Yorkers spend more money on outside food and beverage than the rest of the county, but the affect that this has on retail real estate has been an interesting trend to follow,” said CBRE’s Nicole LaRusso, director of research and analysis for the Tri-State Region.

“The F&B industry is consistently the most active tenant type in Manhattan when it comes to the number of deals – this industry is an integral part of retail spending in New York City, and it’s continuing to grow.”

F&B spending in Manhattan is higher than in the rest of the nation for a number of reasons. New York has a high number of single-member households – New York County single-person households account for 46 percent of the total versus 27 percent nationally.

Additionally, F&B costs in general are higher in New York than in other areas of the country.