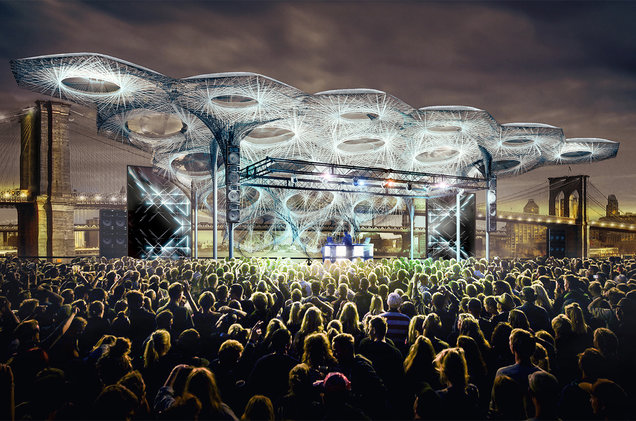 The Seaport District is New York’s original commercial hub, located along the East River in Lower Manhattan among historic cobblestone streets and restored 19th Century buildings with views of the Brooklyn Bridge, Statue of Liberty, and the city skyline.

HHC’s goal in engaging SOM is to facilitate a process that will produce a clearly stated vision for the future of its Seaport properties in the context of the surrounding area, in collaboration with local residents and businesses, community leaders, elected officials, Community Board 1, the South Street Seaport Museum, historic preservation advocates, and the educational institutions and nonprofits that call the Seaport home.

HHC and SOM will meet with local stakeholders and host dedicated public forums in order to create a plan that is responsive to community members and preserves the historic character of the neighborhood while guiding its growth and revitalization.

For this project, SOM has assembled a team of seasoned urban designers and architects from its City Design Practice.

SOM will focus on providing a comprehensive plan for HHC’s Seaport District properties in the context of the neighborhood, with a particular focus on the surface parking lot at 250 Water Street as well as other potential improvements to the Seaport District.

The Howard Hughes Corporation is a long-standing supporter of the Museum and has directed SOM to pursue strategies that will continue to help strengthen the organization so it may continue to fulfill its role in connecting the area’s past, present and future in a meaningful way.

HHC president of the New York Tri-State Region, Saul Scherl, said, “We are pleased to be working with SOM and the community on a plan for the Seaport District that will build on the success of the revitalized Pier 17 and the preservation of the Fulton Market, Tin Building and adjacent blocks in the Historic District.

“The plan will address the needs of the neighborhood in the context of Lower Manhattan and New York City as a whole.

“The depth of SOM’s work in New York — on everything from development in historic districts to adaptive reuse of landmark buildings and the design of resilient waterfronts — makes the firm uniquely qualified to help lead the Seaport District into its next phase. HHC is committed to advancing a plan that serves the needs of this vibrant community and enhances the district’s role as a vital economic hub for the city.”

“We are eager to craft a compelling and inclusive plan for these Seaport District properties with an eye toward the larger neighborhood and the Lower Manhattan context—one that enhances and preserves the historic character of this distinctive New York City waterfront community, while contributing to its ongoing growth and revitalization.”

Since assuming a long-term lease for Pier 17 and portions of the South Street Seaport Historic District in 2010, HHC has invested over $600 million in the Seaport District.

The company is building and renovating more than 450,000 s/f of space in the district, creating new culinary, fashion, entertainment and cultural experiences as well as public open space.

When current projects are completed and fully leased, HHC will have added some 1,740 jobs and the Seaport District properties will generate over $200 million of economic activity each year.

Highlights of the Seaport District include the four-story Pier 17, a 1.5-acre rooftop which serves as a cultural event space and year-round community amenity. The Rooftop at Pier 17 Rooftop transforms seasonally from the city’s first open-air rooftop ice skating rink to an outdoor performance venue.

Opening this year, Pier 17 will soon include waterfront restaurants from Jean-Georges Vongerichten, Andrew Carmellini, David Chang of the Momofuku Group, and Helene Henderson of Malibu Farm.